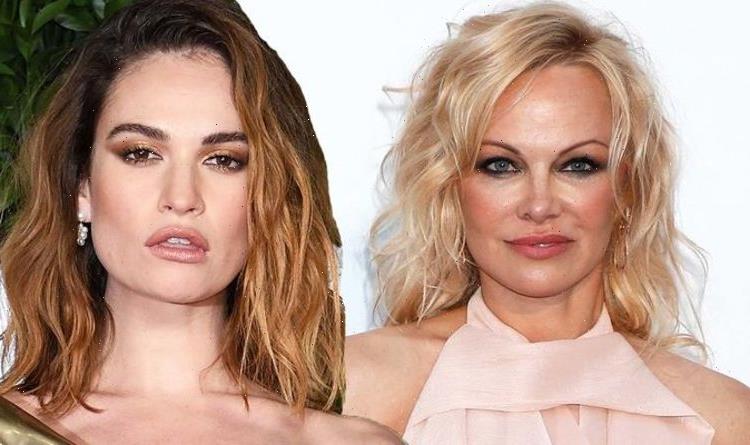 Lily James has spoken out about her role in the new series Pam and Tommy, which is based on the real-life relationship of the Baywatch star Pamela Anderson and Mötley Crüe drummer ex-husband, Tommy Lee.

The 32-year-old has undergone a huge transformation to accurately portray the  90s icon Pamela Anderson, 54.

However, after reaching out to the blonde bombshell for research purposes, Lily was left wishing “it had been different”.

The Downton Abbey star confessed she was “hopeful” the pair would connect ahead of filming.

She told Porter magazine: “This is the first interview I’ve done about this project, and I care a lot about it.

“I was really hopeful that she would be involved. I wish it had been different.

“My sole intention was to take care of the story and to play Pamela authentically.”

Lily was asked whether she attempted to contact Pamela “independently”.

She explained: “Yes. And I was very hopeful that we would be in touch right up until we started filming.”

Pam and Tommy is set to premiere on the US TV channel Hulu next month.

The series is expected to give fans an insight into Pamela and Tommy’s controversial relationship.

The couple was caught up in an infamous scandal after their sex tape leaked in 1995.

The pair wed the same year after dating for just four days but the pair divorced in 1998.

The Playboy model addressed the sex tape in 2015 during a conversation with Andy Cohen on his show Watch What Happens Live.

Pamela explained that the film had been taken from the couple’s home and leaked publicly.

Explaining she did not receive money for the leaked film, she said: “Not one dollar. It was stolen property.

“We made a deal to stop all the shenanigans because I was seven months pregnant with Dylan and I felt it was affecting the pregnancy with all of the stress.”

Pamela went on: “I said I am not going to court anymore.

“I don’t want to talk about my vagina anymore or public sex, or anything.”

“It was already out at that time, the damage was done so we said, ‘No way, we are not getting involved in that,'” Pamela added.