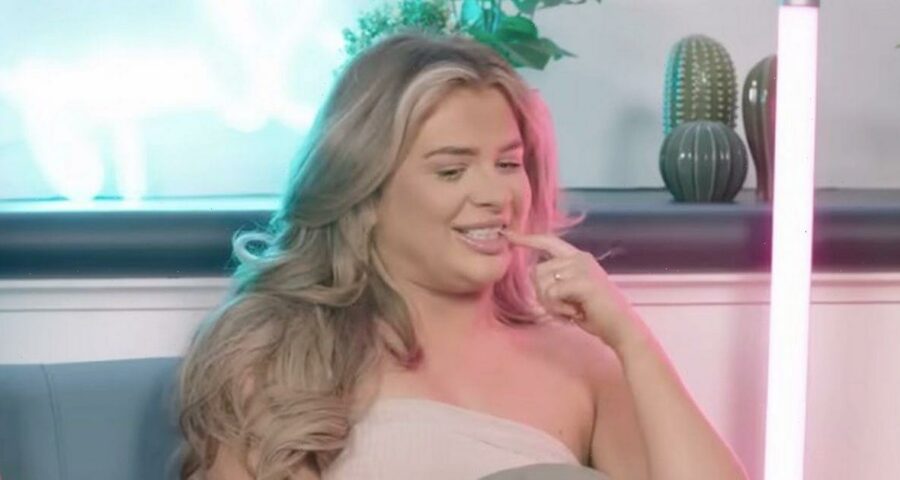 Liberty Poole has revealed her theory as to the reason behind Olivia Hawkins and Zara Lackenby-Brown's feud on the hit ITV2 dating show Love Island.

The pair have been at one another's throats since Zara, 25, walked into the South African villa as a bombshell. Not only did Zara enter by calling the 27 year old "two-faced", but she later stole the man Olivia had been coupled up with, Tom Clare, 23.

Things have only got worse since then as they've come to blows several times over the tension, including on Monday 23 January's episode, when Olivia accused Zara of "playing a game".

Now, former Islander Liberty, 23, has claimed she's worked out the real story behind their feud. Speaking on the Looking For Lewys YouTube series, she explained: "I've seen that they knew each other before the villa…

"And I've also, what I have picked up on is that Olivia said, 'Oh she had to kiss another guy I like, she's done it again'.

"I picked up on that and I am thinking, 'Hang on were you guys friends before and she's got with a guy and you were mates and that's why you are not friends anymore?'

"There's that tension already and then she is saying she's two-faced."

Liberty continued: "And I was picking up on little things and going, 'Mmm there's something… there's an underlying storyline there that we don't know yet'."

It comes just days after the pair’s pre-show friendship had been unveiled by a viewer on Twitter.

“Why are Zara and Olivia pretending they don’t know each other? This might explain why Olivia seemed overly offended at Zara calling her two faced #LoveIsland,” they wrote.

The duo were commenting on one another’s Instagram pictures back in 2020, with Zara even referring to Olivia as her “babes”.

Zara shared some snaps of herself against a green background in May of that year with the caption: “archives”. Olivia commented below “Fave photo of you,” alongside a love heart eyes emoji.

The model replied: “My babes,” and a red love heart emoji.

Meanwhile theatre star Zara commented on a snap of Olivia wearing a white top from June 2020 with the words: “Absolutely unreal babes,” alongside a love heart eyes and flame emoji. Olivia replied: “Thank u bbyyyy”.

But the girls’ exchange in the villa suggests that their friendship could have gone south.