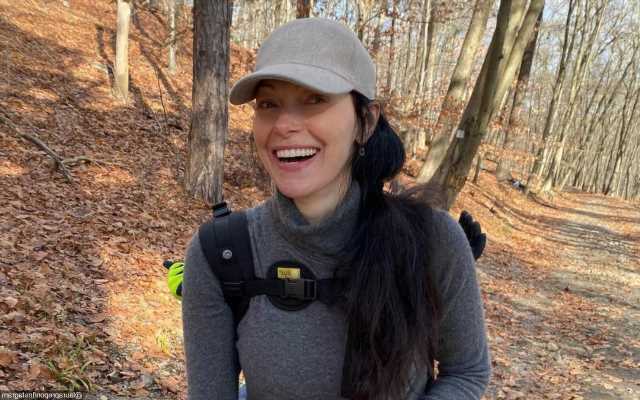 The ‘Orange Is the New Black’ actress has left the controversial Church of Scientology despite singing high praise for the religion on numerous occasions in the past.

AceShowbiz -Actress Laura Prepon has turned her back on Scientology.

The “Orange Is the New Black” star used to be a member of the controversial church, but she insists she’s no longer a practising Scientologist.

“I’ve always been very open-minded, even since I was a child,” Laura says in a new interview. “I was raised Catholic and Jewish. I’ve prayed in churches, meditated in temples. I’ve studied Chinese meridian theory. I haven’t practiced Scientology in close to five years and it’s no longer part of my life.”

She offered up no reason as to why she left.

Prepon’s actor husband, Ben Foster, has also been linked to Scientology but it’s not known if he is still a member of the church, which boasts John Travolta and Tom Cruise as devotees.

Laura Prepon once said in an interview that she joined Scientology because she felt “connected” as she explained, “I felt that finally something was speaking my language.”

She also credited the church for making her more relax. “In my life, things have become much easier, I’m not affected like I used to be. Things don’t bother me that had before. I don’t react like I did before,” she claimed.

“I remember I was doing a show with an amazing actor, and we were waiting to hear the fate of our show. He turned to me one day and asked, ‘How are you always so relaxed? Nothing seems to bother you. I want to know what you are doing…’ – I take that as such a compliment and testament to the auditing I have done.”