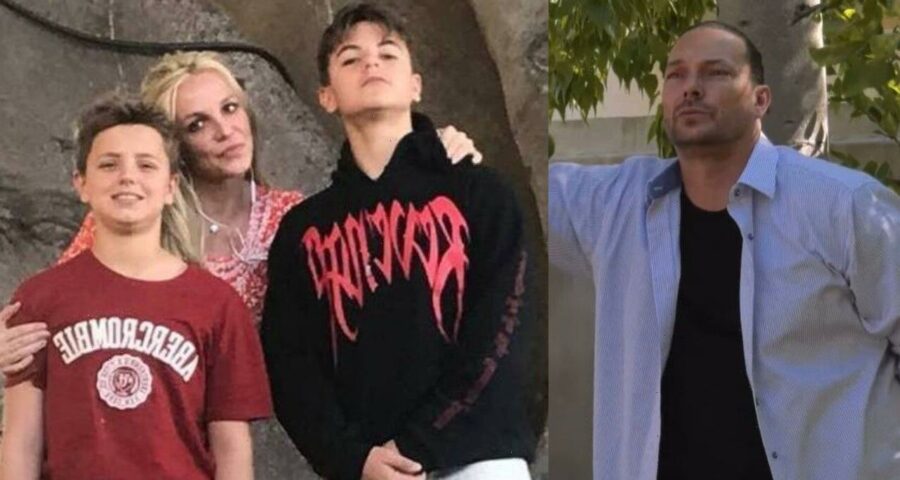 A close friend of the ‘Circus’ singer has criticized Britney Spears’ former husband for putting the couple’s children on television to publicly bash their mother.

AceShowbiz –Britney Spears is described as a good mother by her former assistant. The “Toxic” singer’s close friend Sean Philip has insisted that she was always “amazing” with her kids, despite reports that they have not seen her “in months.”

The 40-year-old pop star shares two sons Sean Preston, 16, and 15-year-old Jayden with ex-husband Kevin Federline – who was granted full custody of their sons when the couple divorced in 2006.

Speaking on ITV’s “Lorraine“, Sean said, “I witnessed nothing but her as a great mother to her sons, very hands-on. When Sean Preston was born in 2006, I was taking care of him with her, and we would go to the zoo, playground – I have never seen her be nothing less than amazing with her kids. She’s very hands-on. All I can say is she’s a good mother.”

The “…Baby One More Time” hitmaker regained control of her million-dollar fortune and various aspects of her life after a 13-year-conservatorship governed by her father Jamie was terminated in November 2021 and Sean’s comments come just days after Kevin and his sons appeared in an interview for “60 Minutes Australia“, where the former backing dancer insisted the arrangement was a “good thing.”

Sean went on to claim that, while the family has the “right” to their feelings, he does not agree with Kevin putting them on television and insisted the move will “not help” matters.

He added, “The kids have a right to their feelings, but I don’t agree with Kevin putting them on ’60 Minutes Australia’ – if there is any concern about her – doing something with Kevin now is not going to help.”

Sean also added that the “Womanizer” singer – who tied the knot with actor Sam Asghari, 28, back in June but opted not to invite her parents or sister to the wedding – is “more professional” than most people know and remains hopeful that she will come back “with a bang” eventually.

He added, “This woman is more professional than anyone knows, her ability to perform is insane. She is going to come back with a bang. I think everything will come together eventually.”