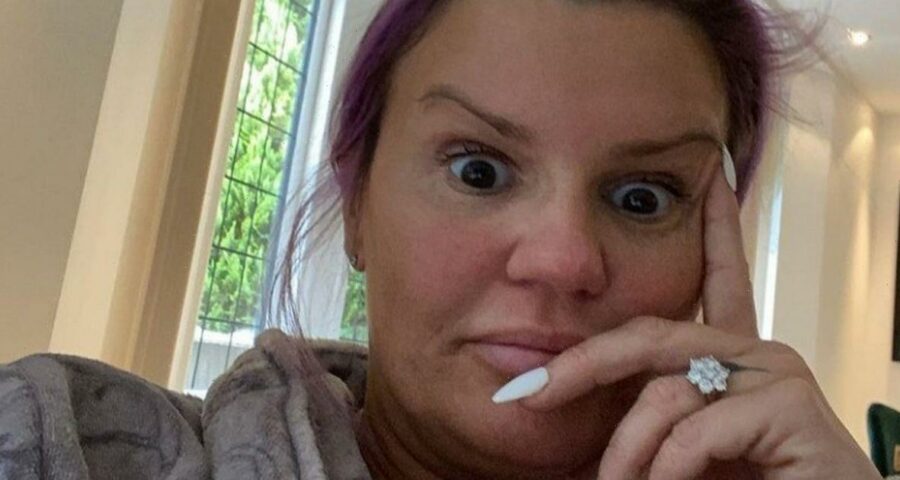 Kerry Katona has joked with fans that she’ll be "going into hiding" after seeing her performance on Celebrity SAS: Who Dares Wins.

Posting to her Instagram account, the star posted a selfie of herself looking at the camera wide eyed in shock.

While Kerry felt embarrassed after seeing the episode, fans flooded the comments to wish her well and thank her for the appearance.

One fan said: "I’ve watched it too. You smashed it. Takes guts to go on there in the first place, let alone do the challenges. Hats off to you." While another penned: "Don’t you dare, you are amazing."

Kerry showed a lot of strength throughout the episode, with one scene making viewers emotional as she openly discussed her past relationship with ex husband George Kay.

As Kerry began to get emotional after failing a challenge, show frontman Ant Middleton interrogated her.

Kerry opened up about her past, saying: "My mister died last year of a drug overdose. He was really abusive, and it just took me back to feeling really worthless."

As Ant explained that they had been trying to encourage her, he asked if her children had ever witnessed the abuse.

Kerry nodded, saying: "They heard the shouting and saw the black eyes."

After seeing the emotional scene, fans praised Kerry in the comments for the appearance on the show.

Another commented: "What you’re doing for other women that have been through abuse is enormous!

"Show your scars gorgeous girl and show anybody that needs it that there is a way out xxxxxx."

Opening up about George's death on the show, she continued: "When George died, there was so many mixed emotions.

"I was so angry. I was so angry at him. 'How f***ing dare you die? Putting me and the kids through all that s***, and then you just die? The worst conversation I've ever had to have was with my five year old to tell her her daddy had died.

"How do you explain that to a baby? A t**t as he was, you know, he was still a dad. So now I've got to do right by my kids because they've been through so much already."