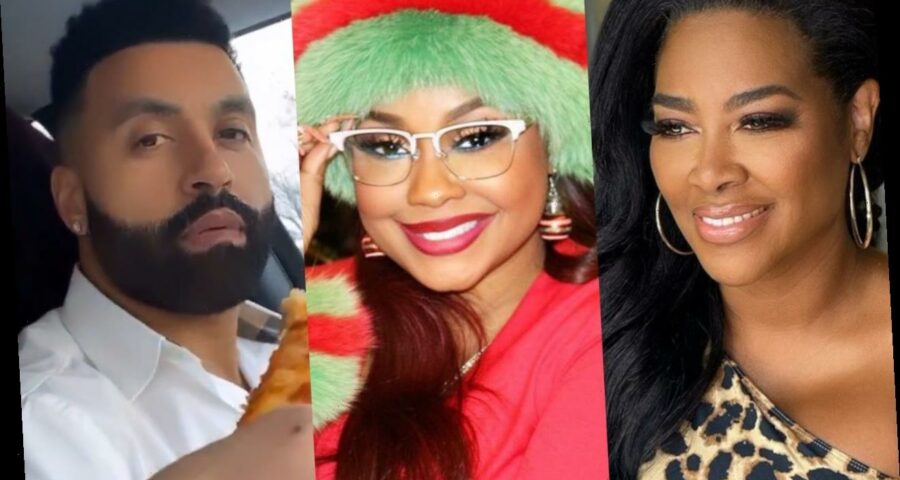 Kenya and Phaedra were beefing in season 5 of ‘The Real Housewives of Atlanta’ after the former was infamously getting too close with Phaedra’s then-husband Apollo.

AceShowbiz –Kenya Moore was looking back to when she was feuding with Phaedra Parks over her then-husband Apollo Nida. During her appearance on “Watch What Happens Live with Andy Cohen“, Kenya showed regret over the ordeal, alluding that she wished she dealt with it differently.

“I could’ve just distanced myself from Apollo altogether, not been so chummy, chummy,” so “The Real Housewives of Atlanta” star shared to the host. The mom of one added, “Especially when it bothered his wife.”

When asked how her relationship with Phaedra is now, Kenya replied, “Honestly, we don’t have a relationship but we’ve been on each other’s social media and we’ve made jokes so I think it’s pretty cordial.”

Kenya and Phaedra were beefing in season 5 of the Bravo reality show after the former was infamously getting too close with Phaedra’s then-husband Apollo. Apollo even claimed that Kenya propositioned him while they both happened to be in L.A. Apollo later admitted that it was a lie, but the damage had already been done.

However, Phaedra and Apollo’s marriage didn’t last long. The two got divorced in 2014 after he pleaded guilty to laundering more than $2 million in a fraud scheme. He was originally sentenced to eight years in prison for fraud and identity theft in 2014. He was released in June 2019 from Fort Dix Correctional Facility in New Jersey, RRM Philadelphia as his prison sentence got reduced from 96 months (eight years) to 84 months (seven years).

Apollo is currently engaged to Sherien, whom he proposed to while in prison in 2016. Phaedra, meanwhile, is dating his boyfriend Medina Islam.