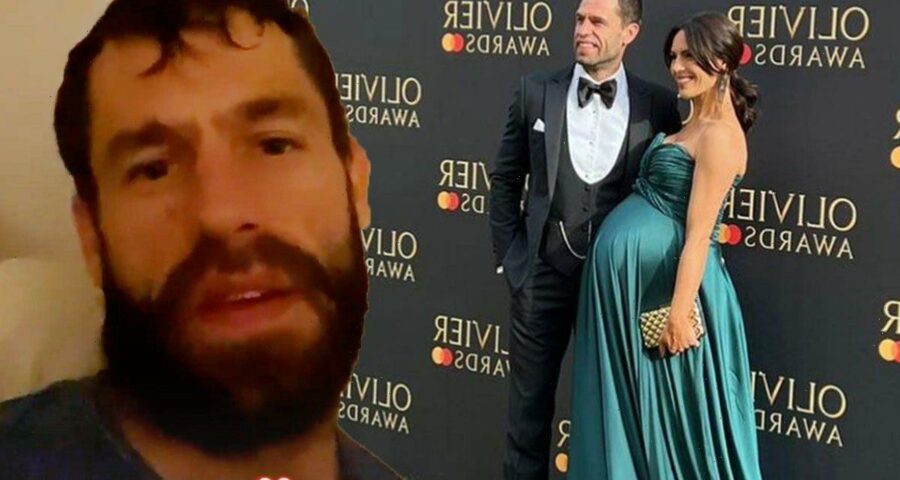 Kelvin Fletcher thanks fans for comments after birth of twin boys

Kelvin Fletcher, 38, broke his silence yesterday to thank fans after his wife Liz gave birth to twin boys. The happy couple, who have been married for seven years, are already parents to Marnie, five, and son Milo, three.

On Instagram Kelvin said: “Good evening everybody, I just wanted to quickly jump on here and say thank you very much for all your comments.

“We have had so many people reaching out. So thank you very much.”

The star appeared relaxed as he sat on his sofa while wearing a plain t-shirt with his hair appearing wet from a shower.

Meanwhile, Liz wrote on social media: “They are here!! My heart is filled with so much love and gratitude.”

The names of their two sons are yet to be revealed.

Speaking about becoming a mum to twins, Liz previously said: “I felt every single emotion under the sun. First, there’s double the world.”

“I thought about things like breastfeeding, how is that possible with two? How do you pick up two babies at the same time?

“I felt all of this in the space of 30 seconds. Kelvin was saying it’s a miracle, and I was thinking ‘How are we going to do this?’

“But now we can’t imagine it any other way. We feel so lucky,” she told The Sun.

The couple were inundated with plenty of sweet comments from their famous friends.

Kelvin was a fan favourite on Emmerdale after he played hunky Andy Sugden on the soap for 20 years.

He has also competed on Strictly Come Dancing, where he was partnered with Oti Mabuse.

They lifted the Glitterball trophy together as they were crowned the winners of the 2019 series.

The family moved to the countryside last year, which was documented on their BBC show Kelvin’s Big Farming Adventure.

Kelvin is now gearing up to star in a National Theatre production of Richard Bean’s comedy Jack Absolute Flies Again alongside Caroline Quentin in July.

Rehearsals for the show will start very soon, which means new mum Liz will have her hands full.

“It may bring some challenges, doing the play as well as farming and raising a family.

“It’s all going on,” she admitted.

The couple have been married since 2015.