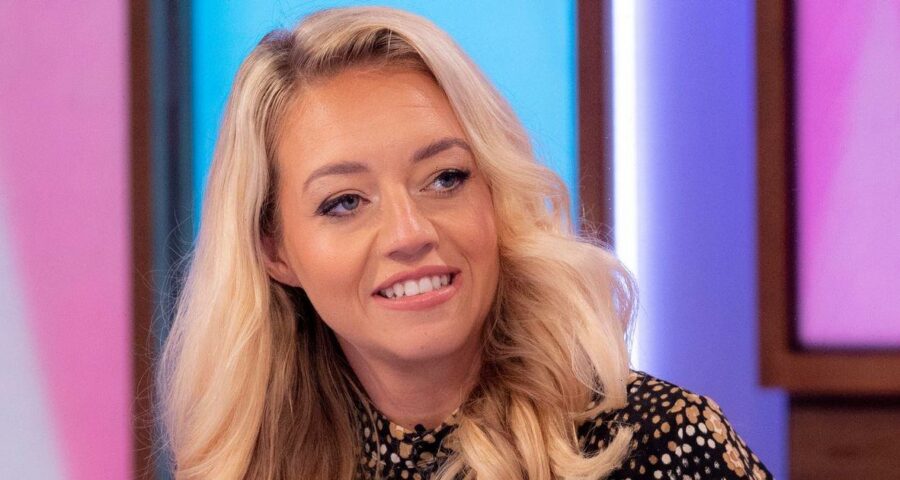 Appearing on Loose Women today Kelsey Parkeropened up about how she is coping six months after the death of her husband, The Wanted starTom Parker.

After sharing her pride in her late husband, who has been posthumously nominated for a National Television Award for his moving documentary Tom Parker: Inside My Head, Kelsey talked about her new life as a widow and single mum.

She admitted: “Evenings are so tough – the kids go to bed and it’s just me and that’s the time you speak to your partner – you gossip, you talk and I don’t have that any more.”

Kelsey has recently alsoshared her bittersweet holiday plans , adding that this will be the first family holiday since Tom passed away aged 33 after an 18-month battle with brain cancer.

Loose Womenpanellist Linda Robson asked Kelsey how her and Tom's children are coping in the months following his death.

She replied: "Bodhi is just two. With Aurelia, it’s been six months, it’s very matter of fact her dad has died and now she’ll just pick things up [at home] and be like, ‘Oh that was my Dad’s.’ So she does understand.”

She added: “If she sees him… obviously there’s so many photos around the house, she’ll be like, ‘Oh that’s mummy and daddy when they got married.’ We really talk about him in the house… It’s so important to keep him alive for them.”

Ruth Langsfordasked how the mum-of-two is managing the ‘firsts’ – the first birthday, Father’s Day, etc to which Kelsey responded: “I’ve tried to make everything a celebration – his birthday, we did a charity walk for him.

Continuing, she added: “It is tough, no one can tell you how you’re going to feel and I don’t think there is a right way of how you feel. For me, I live each day. ‘How do I feel today? This is what I’m going to do today.

“I have a village of people – I’m so lucky that they’re there for me… I couldn’t do it without them.”

Kelsey also revealed that she believes she’s seen signs showing that Tom is watching over her and their children.

She said: “There’s always a sign. We went to Soho Farmhouse for my friend’s hen.. we were all gossiping and on the balcony was a white feather and I was like, ‘Course he’s here picking up all the gossip’ and I kept saying to Tom out loud, ‘Please make it sunny on Saturday‘ and the sun was shining, but it was forecast rain all day.”

Talking about a tribute plaque she has added to a family bench in memory of Tom, Kelsey said: “It’s somewhere for the kids to go… it’s got a beautiful view and we’re lucky we’ve got somewhere to go and walk to.”

She revealed, “I want a challenge – I want to keep challenging myself. It’s for CoppaFeel, everyone’s going to be talking about cancer, that’s what I’m going to struggle with – the emotional level of the trek.”