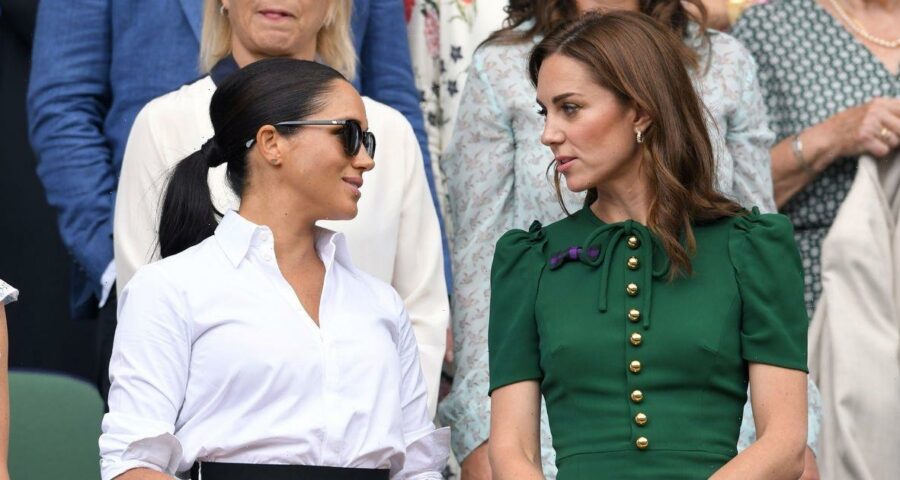 Kate Middleton allegedly wanted to keep her sister-in-law Meghan Markle, Duchess of Sussex, away from her during her UK visit, according to an expert.

The Princess of Wales, 40, and Duchess of Sussex, 41, have reportedly not been on the best of terms since Meghan and her husband Prince Harry stepped down from their royal duties and relocated to California in 2020.

Kate and Meghan were recently seen together with their husbands in Windsor, greeting fans together after the Queen's passing.

However, while the reunion of the 'fab four' illustrated a united front, royal expert Neil Sean has claimed that the Princess of Wales wanted "Meghan away from her".

Mr Sean said on his YouTube channel: "She [Kate] was indeed terrified and wanted Meghan to keep away from her.

"Simply, because she felt that whatever was said, discussed, even an informal chat, could have been leaked out."

He continued: "I'm not suggesting, and neither was Catherine I might point out, that even small talk, but you seemingly never know.

"As we told you recently, Gayle King seemingly had a hotline to whatever was going on.

"[And] was able to speak, at length, to a media US team about, you know, the fact that things weren't going particularly well."

During Meghan and Prince Harry's interview with Oprah Winfrey in March 2021, Meghan revealed that tabloid reports of her making Kate cry were false and that Kate had made her cry before her wedding.

She explained that Kate wasn't happy about something regarding the flower girl dresses.

Meghan told Oprah: "A few days before the wedding, she was upset about something pertaining to … flower girl dresses. And it made me cry.

"And it really hurt my feelings, and I thought in the context of everything else that was going on in those days leading to the wedding, it didn't make sense to not be just doing whatever everyone else is doing, which was trying to be supportive knowing what was going on with my dad and whatnot."

Although the Duchess of Sussex wanted to explain that she was the one who had cried, she did state that she didn't want to go into details since the Princess of Wales had already apologised.