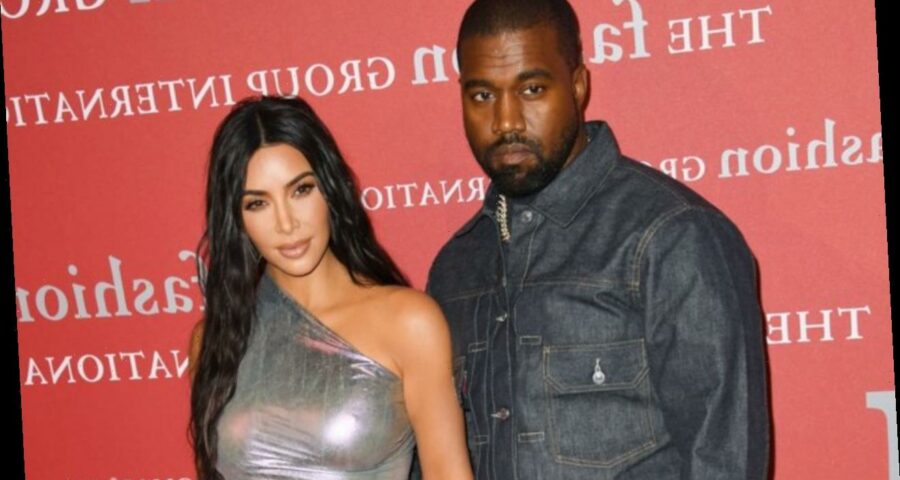 The Yeezy founder is said to be ‘anxious and very sad’ over the thought of losing a wife like the ‘Keeping Up with the Kardashians’ star who has been defending him privately to her family.

AceShowbiz –Kanye West and Kim Kardashian may be reported to be heading for divorce, but the rapper seemingly doesn’t feel the need to ditch his wedding ring as of yet. The “Jesus Is King” musician was seen donning the ring this week amid his and the reality TV star’s alleged marriage trouble.

In the photo that was taken on Wednesday, February 17, the 43-year-old rapper was spotted wearing the band while hanging out in the Los Angeles area. At the time, it was reported that Kanye was back in California for work.

In related news, a source claimed to PEOPLE that Kanye didn’t take his marriage issue well. “Kanye is not doing well. He is anxious and very sad,” said the source. “He knows that the marriage is over and there’s nothing that can be done right now. He also knows what he is losing in Kim.”

The insider went on to share that the “Keeping Up with the Kardashians” star “has defended him privately to her family. She has stood beside him at a time where a few wives would have done that.” The source also noted that “there is very little hope of reconciliation,” adding, “It would have to be a miracle.” Despite that Kanye, who is no longer living at the house with Kim and their four kids, North West, Saint West, Chicago West and Psalm West, allegedly “does believe in miracles.”

The new report arrives after it was said Kanye had moved out of the minimalist home that he used to share with Kim. Although he lives apart, an insider revealed that he had no problem meeting their kids because he could see them “when he wants” and most of the times he saw them outside.

The previous report also stated that Kim “already feels like she is divorced” from the “Famous” spitter. Additionally, fans may not get any official statement regarding the nature of their relationship because both of them “are at a standstill currently and neither of them are pushing” to officially announce their split. They reportedly felt like there’s “no rush for the paperwork to be finalized.”