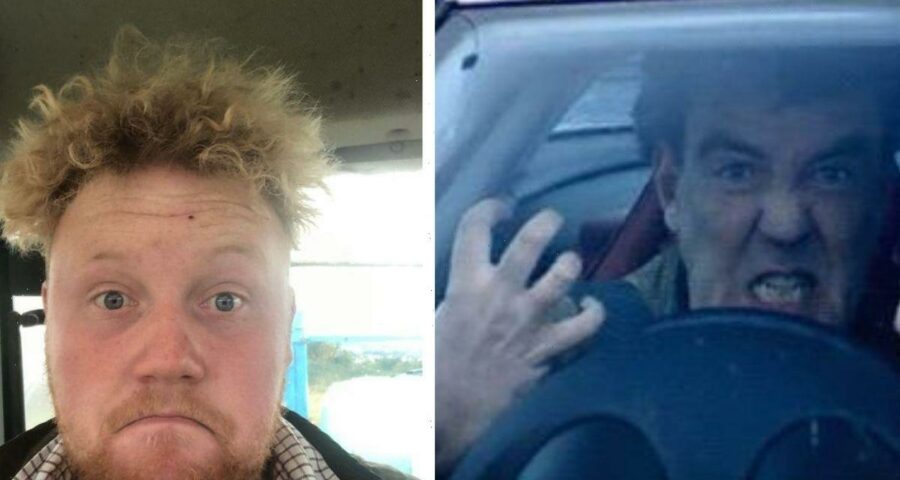 Kaleb Cooper discusses behind the scenes of Clarkson’s Farm

Kaleb Cooper has insisted that he and his Amazon Prime co-star Jeremy Clarkson regularly argue behind the scenes of Clarkson’s Farm as camera crews aren’t there to stop them. The feisty relationship between the two has been well documented, but in a new interview, Kaleb has opened up on the goings at Diddly Squat Farm when cameras aren’t rolling.

When asked how often they argue, Kaleb joked: “Probably more, because we don’t have a film crew stopping us!”

The pair’s antics have regularly made for compelling viewing.

Kaleb has on occasion been forced to drag Jeremy’s £40,000 Lamborghini tractor out of ditches, before scoffing that to Jeremy, the valuable equipment is just an “ornament”.

He hasn’t held back on calling him an “idiot”, either, as Jeremy gets to grips with the challenging lifestyle of a farmer.

Kaleb had famously admitted he’d never previously read a book and the first one he picked up, Jeremy’s Diddly Squat: One Year On the Farm, featured colourful insults about him.

However, dismissing the claim that he is a “tractor driver”, Kaleb hit back: “That’s f***ing s**t.

Despite the friction seen on-screen, Kaleb added that there is no hostility between him and Jeremy and that in real life, no matter how much they might argue, they are actually “good friends”.

He has teased that an epic second series of the show is on the way too.

Unlike Jeremy, who until recently was a complete beginner in the world of farming, Kaleb has had a passion for the industry since his childhood.

He had a pedal tractor as a youngster and used to “dig holes everywhere”.

“I would cart all the soil from here to there, and move it back again. It would keep me busy for three days,” he joked to The Times.

Countryfile’s Helen Skelton ‘sees no way back’ with husband [INSIGHT]

Kaleb also immersed himself in the farming lifestyle in his teenage years, after his mother gifted him a chicken at the age of 13.

He then became a door-to-door salesman, selling eggs to any local who was interested for around £7 a week profit.

He has been helping Jeremy with his beer brand, Hawkstone Lager, despite confessing that it’s his own Hawkstone cider which he prefers.

“I spent the last two years planting Jeremy’s spring barley for his beer and to be honest with you, I cannot stand beer,” he admitted.

Viewers will also be able to find a copy of Kaleb’s own book on shelves soon, The World According to Kaleb, which briefly knocked Jeremy’s rival title off the top of the chart despite the release date not being until October.