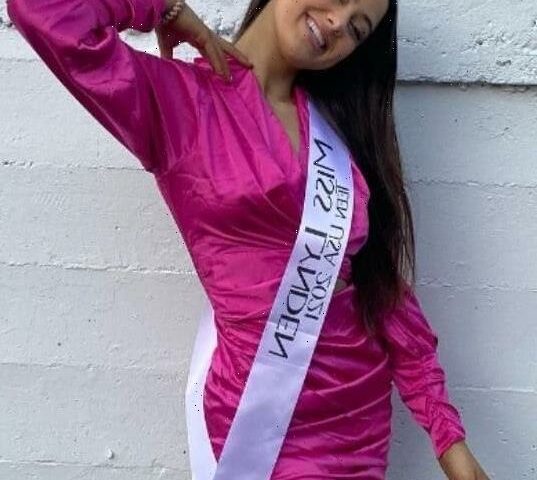 We have another update on the tragic death of Kailia Posey.

A former beauty pageant contestant who rose to television fame on the reality show Toddlers & Tiaras, Posey took her own life just under a month ago.

The awful cause of death was confirmed at the time by members of Posey’s family, who said of the 16-year old in a statement:

“Although she was an accomplished teenager with a bright future ahead of her, unfortunately in one impetuous moment, she made the rash decision to end her earthly life.”

Now, in an interview with E! News, Posey’s mother — Marcy Posey Gatterman — has provided a few details on how things were going for her daughter prior to her suicide.

“The days and weeks leading up to this, it seemed fine to me,” Gatterman told this outlet, reflecting on her final moments with her daughter and adding:

“I didn’t go through her phone.

“For prom, she went with a bunch of friends. And the next day, everything was fine.”

Everything then seemed to change on May 1.

Posey — who had recently made the cheerleading squad and was named runner-up in the Miss Washington Teen USA pageant — asked her mom to pick up deodorant from the store, saying she needed it for school the following day.

Just minutes after Marcy headed out to run this errand, she said Kailia left the house with one of the family’s cars.

She wouldn’t see her daughter ever again.

“She left a note for me and then one for her best friend,” Marcy shared for the first time on Tuesday.

“The note said that she loved me and that she was sorry and that her big brother is her best friend forever.”

Posey didn’t divulge any more details, but did add that the teenager had been seeing a therapist for an unannounced period of time.

“Parents who have teenagers, check their phones,” Marcy continued, trying to use her daughter’s death to help others.

“And if you’re struggling, talk to your parents. They’re not judging you.

“They’re going to get you the help that you need, but we need to know what you need in order get the help you need.”

Earlier this month, Gatterman took to Facebook to announce her daughter’s passing. “

I don’t have words or any thoughts,” she wrote on May 2.

“A beautiful baby girl is gone.

“Please give us privacy as we mourn the loss of Kailia. My baby forever.”

Their support and their actions in the face of this tragedy have served to inspire Gatterman.

“Every sweatshirt that anybody buys, it goes to the fund so that we can get counselors out and help students out that need it,” Marcy told E!.

“She had everything going for her.”

Posey went viral as a meme back in 2012 due to a funny face (above) she made on an episode of Toddlers & Tiaras.

On May 3, her mother wrote that those hoping to make a difference in Posey’s memory could send donations to a fund set up by the Whatcom Community Foundation.

“It is our desire that her departure from this Earth will not be in vain and that other lives can be saved,” she said back then.

“All contributions will go to providing resources to help students in crisis.”