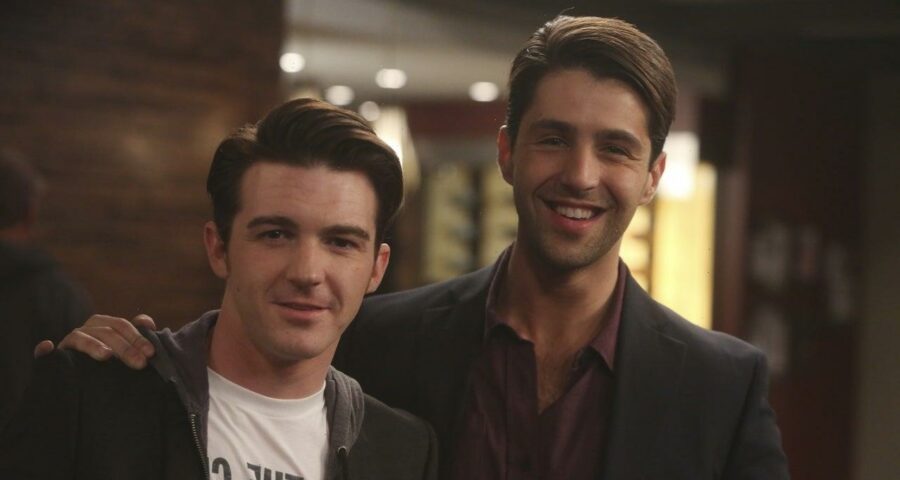 Josh Peck is speaking out about his former co-star. At the Thursday premiere of his upcoming Disney+ series, Turner & Hooch, the 34-year-old actor publicly commented on Drake Bell’s recent sentencing for the first time. Peck and Bell co-starred on Nickelodeon’s Drake & Josh from 2004 to 2007.

Bell was indicted in May, and initially pleaded not guilty to two criminal counts of attempted endangering children and disseminating matter harmful to juveniles. On June 23, though, Bell changed his plea to guilty.

Earlier this month, Bell was sentenced to two years probation, ordered to do 200 hours of community service, and prohibited from contacting the victim in the case, after pleading guilty to two criminal counts of attempted endangering children and disseminating matter harmful to juveniles, according to multiple outlets.

During that hearing, the victim, who met Bell online and attended one of his concerts in Cleveland when she was 15, read a statement in which she referred to the actor as “a pedophile” and a “coward,” according to the outlets.

The outlets reported that Bell gave a statement, too, telling the court, “I accept this plea because my conduct was wrong. I’m sorry that the victim was harmed in any way, but that was obviously not my intention. I have taken this matter very, very seriously, and again I just want to apologize to her and anyone else who may have been affected by my actions.”

Following the hearing, Bell’s attorneys, Ian Friedman and Madelyn Grant, released a statement on Twitter, denying many of the victim’s claims.

“Today’s plea and sentence reflect conduct for which Mr. Bell did accept responsibility,” the statement read. “The victim’s allegations that went beyond that which all parties agreed, not only lack supporting evidence but are contradicted by the facts learned through extensive investigation. As the court made clear, this plea was never about sexual misconduct or sexual relations with any person, let alone a minor.”

“Sexual registration was not imposed as Mr. Bell did not plead guilty to any such offense,” the statement continued. “Drake and his family are relieved and grateful to have this matter behind them. He looks forward to, once again, performing for all of his supportive fans around the world.”

Less than one hour after his sentencing, Bell went live on Instagram to sing a song with his son, who he shares with his wife, Janet Von Schmeling.