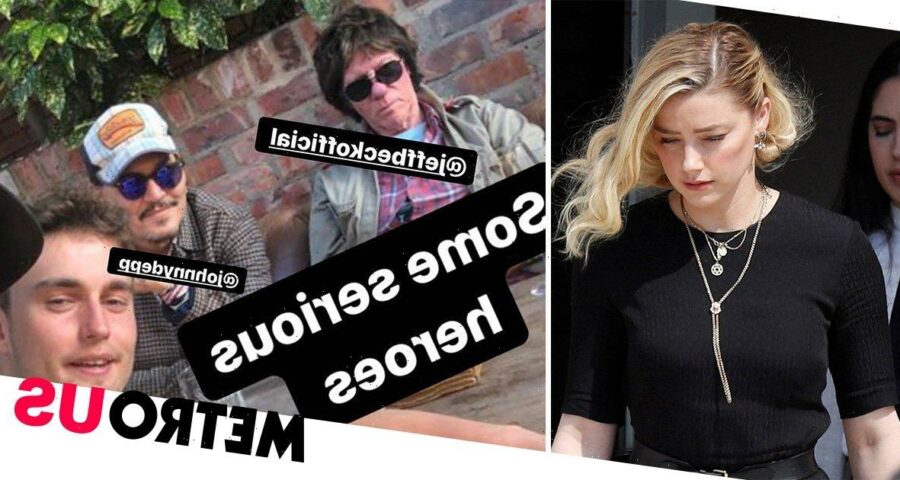 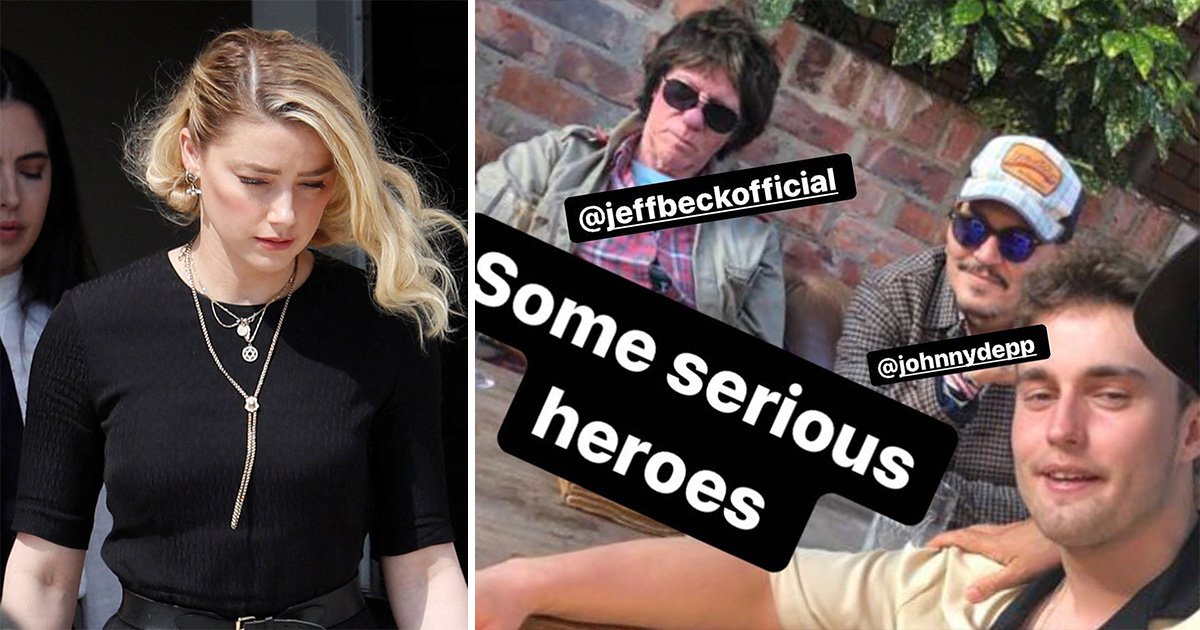 Johnny Depp was pictured hanging out with friends including singer Sam Fender in the UK, just as the verdict in his libel trial against ex-wife Amber Heard was announced in the US.

The Pirates of the Caribbean actor chose to skip the verdict announcement, which unfolded at a court in Fairfax, Virginia on Wednesday.

A seven-person jury ruled in his favour that Heard did defame him in a 2018 article published in The Washington Post about her experience with domestic abuse.

Heard did not mention her ex-husband in the op-ed, but Depp’s legal team argued it suggested he was physically and abusive towards her and was clearly referring to him.

In the middle of the verdict being read out in court, Seventeen Going Under singer Sam shared a photo of himself hanging out with Depp, musician Jeff Beck and other friends in what appeared to be a pub garden.

Depp flew over to the UK last weekend to join his friend Jeff at his tour show in Sheffield on Sunday. He surprised fans again by popping up at Jeff’s Royal Albert Hall shows in London on Monday and Tuesday, where he received a standing ovation.

The actor’s ex-girlfriend, supermodel Kate Moss who testified on his behalf during the trial, reportedly watched last night’s show and partied with Depp after.

The jury ruled that Depp would be awarded compensatory damages of $10m (£8m) and a further $5m (£4m) in punitive damages, after he originally filed the lawsuit seeking $50m.

Depp released a lengthy statement reacting to his victory, saying: ‘

reacting to his victory, saying: ‘Six years ago, my life, the life of my children, the lives of those closest to me, and also, the lives of the people who for many, many years have supported and believed in me were forever changed.

‘All in the blink of an eye.

‘False, very serious and criminal allegations were levied at me via the media, which triggered an endless barrage of hateful content, although no charges were ever brought against me. It had already traveled around the world twice within a nanosecond and it had a seismic impact on my life and my career.

‘And six years later, the jury gave me my life back. I am truly humbled.’

He went on: ‘My decision to pursue this case, knowing very well the height of the legal hurdles that I would be facing and the inevitable, worldwide spectacle into my life, was only made after considerable thought.

‘From the very beginning, the goal of bringing this case was to reveal the truth, regardless of the outcome. Speaking the truth was something that I owed to my children and to all those who have remained steadfast in their support of me. I feel at peace knowing I have finally accomplished that.

‘I am, and have been, overwhelmed by the outpouring of love and the colossal support and kindness from around the world. I hope that my quest to have the truth be told will have helped others, men or women, who have found themselves in my situation, and that those supporting them never give up. I also hope that the position will now return to innocent until proven guilty, both within the courts and in the media.’

He added: ‘I wish to acknowledge the noble work of the Judge, the jurors, the court staff and the Sheriffs who have sacrificed their own time to get to this point, and to my diligent and unwavering legal team who did an extraordinary job in helping me to share the truth.

‘The best is yet to come and a new chapter has finally begun. Veritas numquam perit.

Heard also released a statement after the verdict and said she was ‘heartbroken’ at the jury’s decision, which she feels ‘sets back’ the fight for women to be heard when they come forward about their domestic violence experiences.