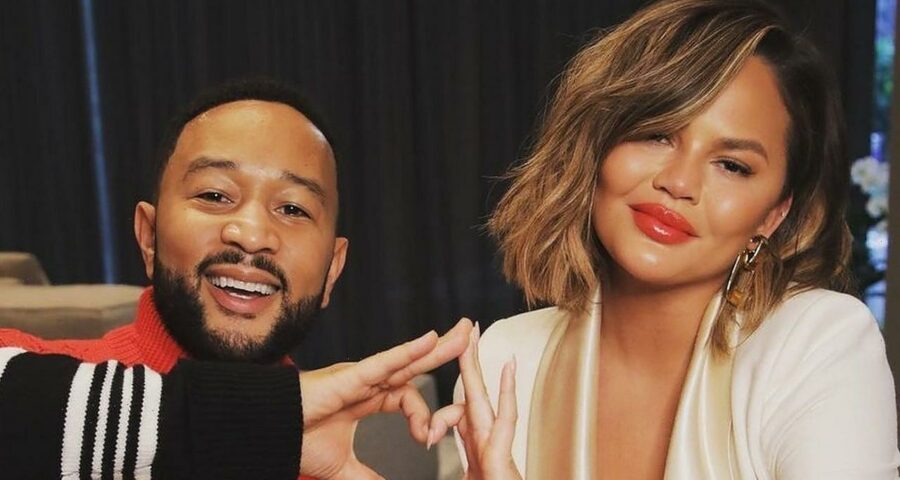 The ‘All of Me’ hitmaker is grateful his wife went public with the heartbreak of losing their unborn baby because it introduced the couple to a whole new community.

AceShowbiz –John Legend felt “a sense of community” when he and Chrissy Teigen revealed they had lost their baby.

The couple tragically revealed in September (20) that the “Lip Sync Battle” star had lost their son Jack at 20 weeks pregnant and while the “All of Me” hitmaker is usually more “private” and was hesitant to speak out, he’s glad they did because he thinks they’ve been able to help others as much as they’ve received support.

Speaking on “CBS This Morning“, John said, “You know, Chrissy always is more sharing that I am. I’m a bit more private.”

“But what I’ve learned through that process is, first of all, how often this happens to so many other families around the world.”

“We felt a real sense of community by sharing it with other people. They felt seen by us, we felt seen by them, and I think it helps everyone deal with their grief when they know there are other people out there feeling it too.”

And John – who has Luna, five, and Miles, two, with his wife – is “so glad” he went along with Chrissy’s “instinct” to share their pain because he now thinks it was the “right” thing to do.

He added, “I am so glad Chrissy’s instinct was to share this, because it was really the right thing to do.”

The singer acknowledged their loss is common but one which people often feel uncomfortable talking about miscarriage, so he hopes he and Chrissy have made things a little easier.

He said, “People feel such shame and they feel lonely, and I think we helped people feel less lonely.”