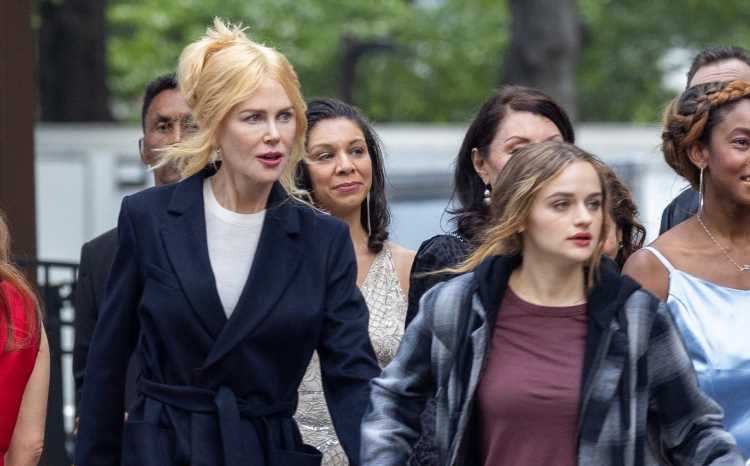 Joey King is working with two huge stars for her next movie and we have photos from set!

The 23-year-old Emmy-nominated actress was seen filming with Nicole Kidman for their upcoming Netflix rom-com on Thursday (September 1) in Atlanta, Ga.

Zac Efron, who also stars in the film, was spotted on set that afternoon as well. The movie currently has a working title of A Family Affair.

According to Deadline, the film follows a “surprising romance which kicks off comic consequences for a young woman (King), her mother (Kidman) and her movie star boss (Efron) as they face the complications of love, sex, and identity.”

This will be Zac and Nicole‘s second time working together after starring in the 2012 movie The Paperboy, in which they also played love interests.