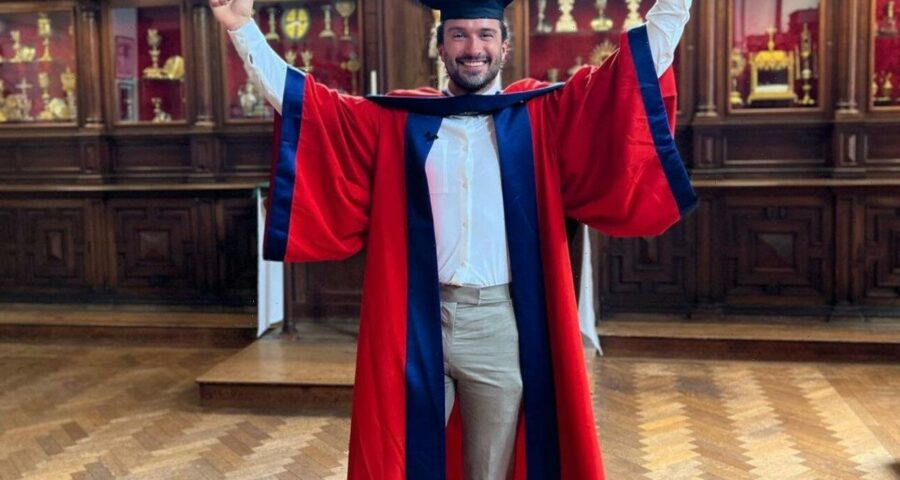 The 36-year-old fitness coach, TV presenter, social media personality moved into a brand new house over the weekend, teasing, ‘The previous owners had built a bar. So we kept it and just filled it with our booze.’

AceShowbiz –Joe Wicks has a fully-stocked bar in his house. The “Body Coach” star admitted he wouldn’t have bothered with the social set-up but it was already there when he and wife Rosie bought the house in Surrey, so they decided to keep the facility as it was.

“I’m not a guy who would build a bar in our house. But when we moved into this house, the previous owners had built a bar,” the told the latest issue of new! magazine. “So we kept it and just filled it with our booze.”

The 36-year-old fitness guru recently shocked fans of his exercise regimes by sharing a picture of himself with a beer-belly style stomach and flabby “bingo wings” but he admitted it would be “joyless” having to stick to a diet all the time.

“I just want to eat what I want. I love big portions of food, chocolate puddings, gin and tonics,” he explained. “I’m greedy.It’s a bit joyless to not eat what you want all the time, isn’t it?”

Joe also admitted that, despite the pain of growing up with a drug addicted father, he has never seen a therapist. He said, “I’ve never had a proper therapist myself. I had a couple of sessions as a teenager, but exercise is what I turned towards.”

“I’m still open to it but if I felt like I needed to talk to someone about something I usually have my mum or dad and my brothers, so I’m never someone to bottle things up.” He added if it wasn’t for exercise, his life could have gone down a very different path.

Joe said, “I was troubled, stressed out and angry [as a child]. I think if I didn’t have exercise as a vent to release all that, I wouldn’t have dealt with it and I wouldn’t have been a stable adult. I would have gone in the wrong direction. Exercise was my therapy.”