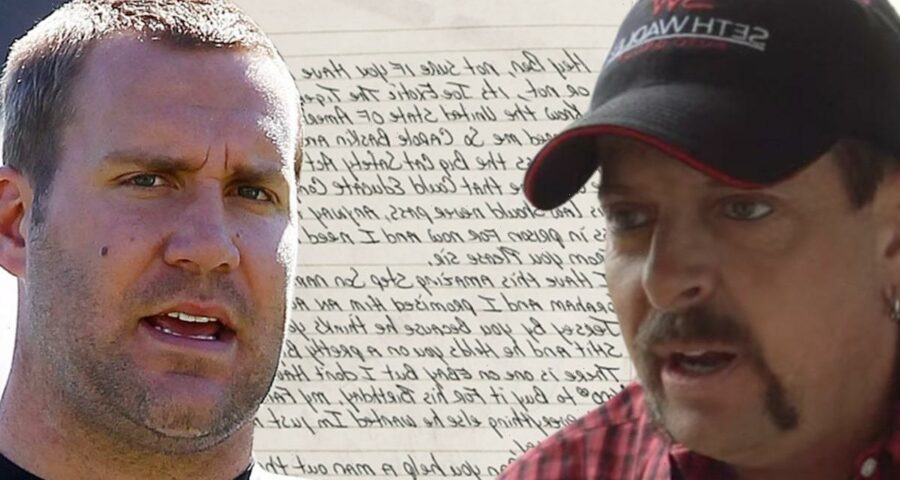 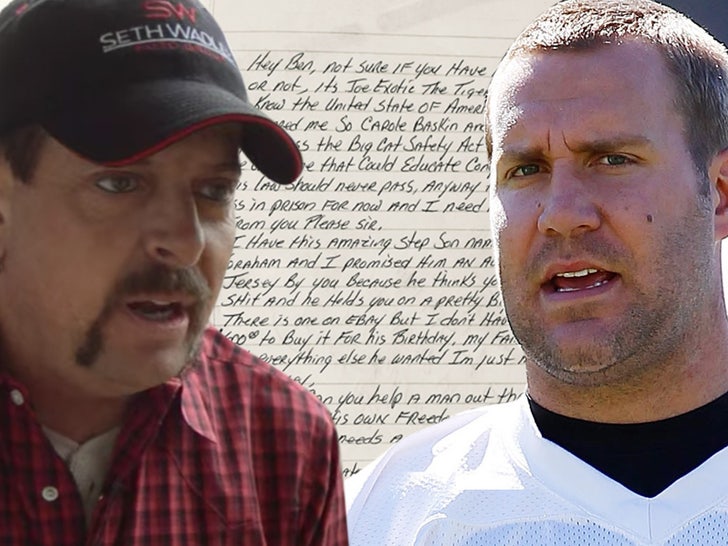 Ben Roethlisberger spent most of his career beating the Cincinnati Bengals — but it turns out, The Tiger King is still a huge fan!!!

TMZ Sports has confirmed … Joe Exotic has written a letter to Big Ben from prison, asking the Pittsburgh Steelers star for his autograph. 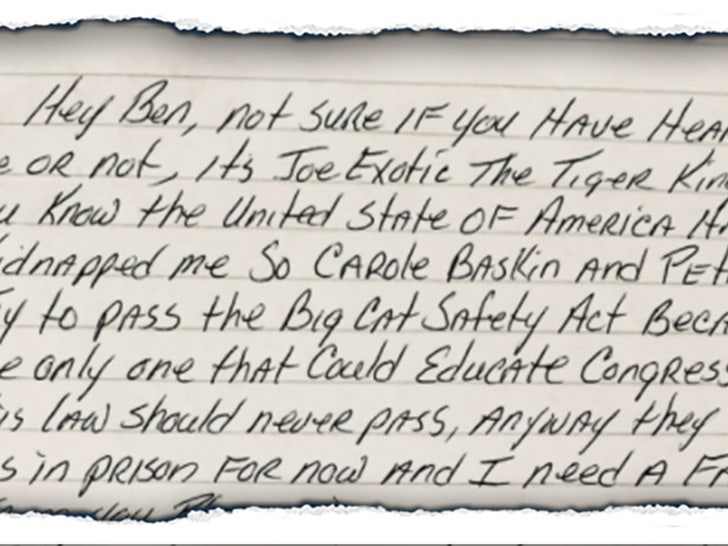 In his letter, Exotic told the future Hall of Famer that he needed a signature from Ben so he could gift it to his stepson for a birthday present.

“I promised him an autographed jersey by you because he thinks you are the s*** and he holds you on a pretty big pedestal,” said Joe, who’s been in prison since 2019 after he allegedly tried to hire men to kill his rival, Carole Baskin.

“There is one on eBay, but I don’t have the $600 to buy it for his birthday. My fans helped get everything else he wanted. I’m just missing your jersey.”

Joe ended his note by pleading for Ben to honor his request — saying, “Can you help a man out that is fighting for his own freedom? Every kid needs a hero and you are his!”

No word if Ben has any idea who Joe is or if he’s received the note yet — but the guy does have a lot of free time on his hands now that he’s retired. So, binge-watch ‘Tiger King’ and send that auto out soon?