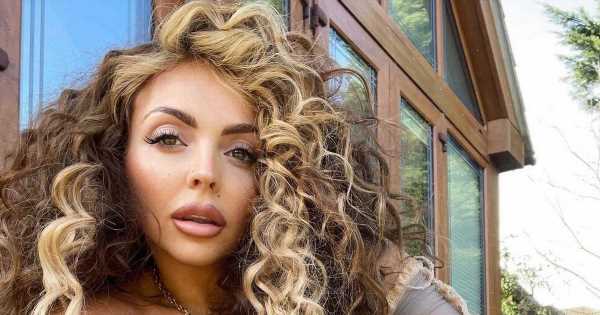 Jesy Nelson has yet to publicly congratulate her former Little Mix bandmates Leigh-Anne Pinnock and Perrie Edwards following the news they have given birth.

Leigh-Anne took fans by surprise as she announced she had welcomed twins with Andre Gray a day after Perrie revealed she and her boyfriend Alex Oxlade-Chamberlain had welcomed their first child.

And Jesy, who quit Little Mix in December to pursue a solo career and focus on her mental health, has not yet commented or liked Leigh-Anne and Perrie's exciting baby arrival announcements on Instagram.

This is not to say that 30 year old Jesy hasn't congratulated the pair privately on the joyous news. Earlier this month, the talented beauty opened up about her relationship with her former bandmates after leaving the band in an interview with The Guardian.

When asked if Jesy was still in touch with Perrie, Jade and Leigh-Anne, she revealed: "No, not as much. Not now. I think we all need time. It's a big thing that's happened."

Jesy added: "I still love them to pieces. They were like my sisters."

Meanwhile, fans were delighted when Perrie announced that she and boyfriend Alex Oxlade-Chamberlain had become parents on Sunday.

Perrie shared adorable black and white snaps of their bundle of joy with fans, with the caption: "Welcome to the world baby 21/08/21" followed by a heart emoji.

The couple is yet to reveal their son or daughter's name.

Soon after Leigh-Anne revealed she had given birth to twins, with a gorgeous black and white photo of the two tots' feet resting on her and Andre's hands.

She revealed the news to her 7.3million followers: "We asked for a miracle, we were given two. "Our Cubbies are here", before ending the caption with the newborns' birth date of 16 August 2021.