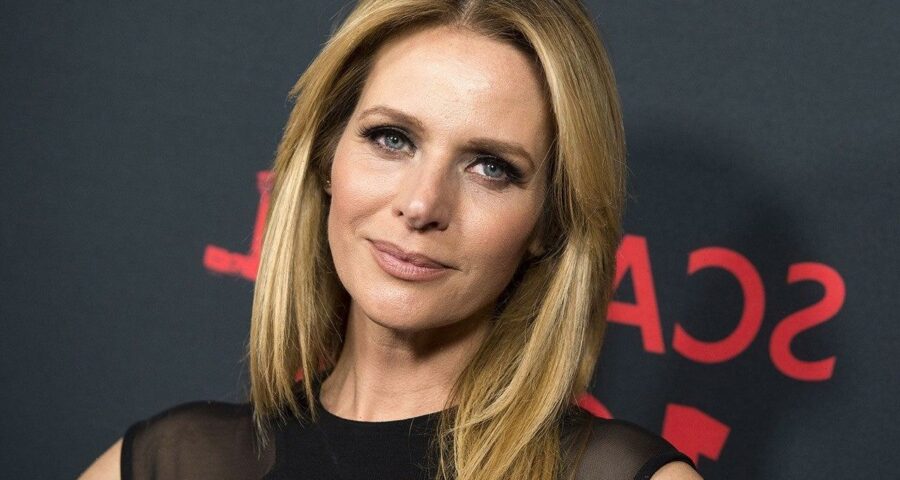 It’s still hard for Jessalyn Gilsig to talk about her late Glee co-star, Naya Rivera. ET spoke with the actress about her new Disney+ show, Big Shot, at its premiere on Wednesday, and she also talked about recently honoring Rivera alongside her Glee family at the GLAAD Media Awards.

Gilsig, who played music teacher Will Schuester’s ex-wife, Terri, on Glee, was part of the emotional virtual reunion which included Matthew Morrison, Darren Criss, Amber Riley and more. At the end of the segment, Gilsig read a statement from Rivera’s mother, Yolanda Previtire, thanking GLAAD for keeping Rivera’s legacy alive. Rivera, who hosted the GLAAD Media Awards twice, was an ally and activist to the LGBTQ community.

“That was daunting, you know, that felt like a big responsibility,” Gilsig tells ET’s Lauren Zima of her part in the tribute. “I’m a mother myself, I can’t even imagine what it’s like for her, but Naya was like a lot of the — I want to call them kids from Glee, they’re not kids, they’re young adults — she’s very unique, she took her role very personally, and she used it to be a true advocate and she changed people’s lives and there’s a lot of testimony from young people who found courage through her work. I was just honored to sort of be a part of that, but her legacy is longer than, you know, such a short life but such a big legacy.”

Gilsig said the Glee cast felt good about coming together to honor their late co-star and friend. The actress died last July while swimming with her then 4-year-old son, Josey, at Lake Piru, near Santa Clarita, California. She was just 33 years old.

“It’s such a reminder also of how impactful that show was and how our culture has moved forward in such a short period of time and the power of ours to do that, and I know we’re all very proud to be a part of that moment,” she says.

Gilsig also talked to ET about getting close with the cast of her new show, Big Shot. The actress plays the character Holly, who coaches basketball at an all-girls private high school alongside John Stamos’ character, Marvyn Korn, a temperamental college basketball coach who gets fired from his job and has to take the coaching job at the elite school.

“We really became a team,” she says of her and Stamos. “I think it was the combination of the material and then also the virus and because we were all working through the pandemic and there was all those internal challenges, but by the end, we just felt like a genuine team.”

Playing a coach was also no hardship for Gilsig.

“I’m a sports fan and so this show was really sort of perfect for me because I got to bring out that side of myself that actually really enjoys the game, enjoys yelling the instructions at the girls,” she shares. “I mean, for me, this was really fun.”