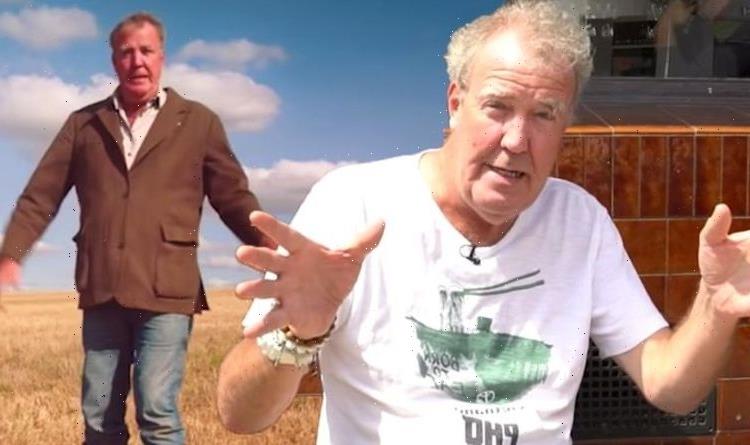 Jeremy Clarkson, 61, will reportedly appear in person at Chadlington Memorial Hall at 7pm tomorrow. The former Top Gear host will be “explaining his plans” for his Diddly Squat Farm and also taking questions from villagers following complaints about the increased level of traffic in the area since his business opened this year.

Posters have gone up around the Oxfordshire village announcing the event – which comes with cheese and wine.

The notices say: “As there seems to be some debate in the village about what’s going on at Diddly Squat, Jeremy Clarkson will be at the Memorial Hall to explain his plans and to take any questions you may have. Everybody from the area is welcome to attend.”

It adds: “Cheese and wine will be provided.”

Initially posted on the village community Facebook page, one person suggested that the meeting would be packed.

They joked that instead of the Memorial Hall he would need the Royal Albert Hall.

Fans from all over the country have been queuing for hours to get inside the Diddly Squat shop since the launch of the hit Amazon Prime show Clarkson’s Farm, provoking some complaints from neighbours.

Jeremy has applied for planning permission to develop the site. He recently put in an application to make external alterations to one of the buildings.

Chadlington parish council said it has no objections but, if approved, “this should not confirm a change of use status for this agricultural building”.

It pointed out that in November 2020 an application had been made to convert a lambing shed adjacent to the shop into a café and in February 2021 for a licence to sell alcohol and provide entertainment.

They added: “The parish council remains concerned regarding the effect of the incremental development at this location, both upon the local community, its existing shops and an Area of Outstanding Natural Beauty.

“The number of cars currently visiting this site is already substantial, often filling the existing available parking space and overflowing onto the Chipping Norton Road, which is hardly desirable in an AONB and creates a significant risk that accidents will occur.”

Villagers are divided over the impact of the shop with some saying it has put Chadlington on the map and boosted the local economy.

Back in June, Jeremy posted a heartfelt apology on Twitter after he caused problems for villagers in the Cotswolds village with the amount of traffic in the local area.

Following the success of the Top Gear star’s latest Amazon series, many fans flocked to the site for a glimpse of the star which resulted in major roadblocks.

“We are doing everything we can to improve the situation.”

In response, some fans praised the star and remained enthusiastic about visiting his farm shop.

One said: “I bet it’s gone mad busy since the series started which is the best thing on TV in the last year by far! We will be coming over to buy stuff too. I want some bee juice!”

A second commented: “Hope it calms down at some point! Will pop over to see your handy work.”

While a third remarked: “I was there, pleased to say you did a great job sacrificing some of your field to make a car park extension. Was great seeing you, however, I’m sure you were fairly stressed with the situation. You handled it well and I’m sure the pint helped.”