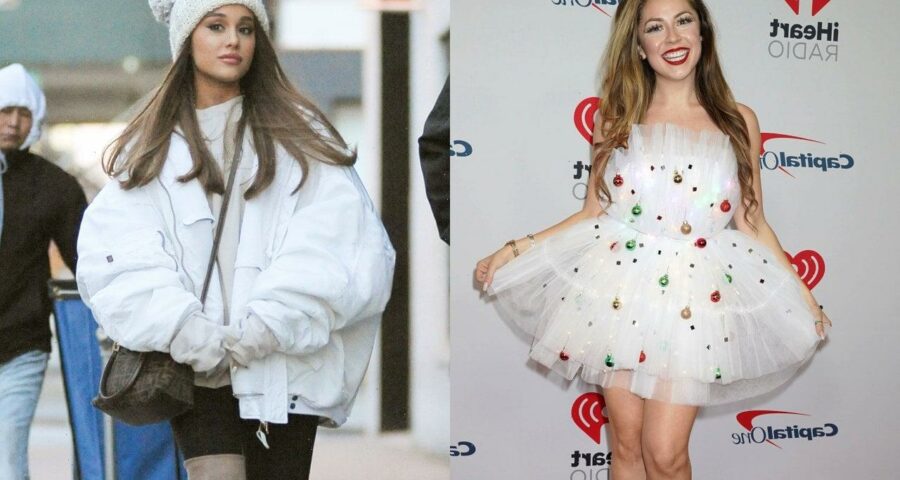 The former ‘iCarly’ star, who once starred alongside the pop star on ‘Sam and Cat’, says that she hopes her former co-star will pick up a copy of her new book despite their strained relationship.

AceShowbiz –Jennette McCurdy reveals that she hopes Ariana Grande will read her new memoir, “I’m Glad My Mom Died”. The former “iCarly” star says that she wants the pop star to grab a copy of her new book despite their restrained relationship.

The 30-year-old doesn’t “know” if the “Thank U Next” pop princess, who she co-starred on “Sam & Cat” on Nickelodeon, will pick up a copy of her new book but called it an “entertaining read” for anyone. She told Entertainment Tonight, “I don’t know if she’ll read the book or not but I think it’s a really entertaining read regardless of who you are, so I hope she does.”

In the new book, Jennette admits to be being jealous of her colleague who would be written out of episodes due to her burgeoning singing career during their one season run in 2013. She wrote, “The week where I was told Ariana would not be here at all, and that they would write around her absence this episode by having her character be locked in a box. Are you. Kidding me? So I have to turn down movies while Ariana’s off whistle-toning at the Billboard Music Awards? F**k. This.”

Jennette detailed how it made her “resent being a good sport”, an attribute she was lauded for. She explained, “If I wasn’t such a good sport to begin with, I wouldn’t be in this predicament in the first place. I wouldn’t be on this sh**ty show saying these sh**** lines on this sh**** set with this sh**** hairstyle. Maybe my life would be entirely different right now. I fantasize about it being different. But it’s not different. It’s this. This is what it is. Ariana misses work in pursuit of her music career while I act with a box. I’m pissed about it. And I’m pissed at her. Jealous of her.”

Jennette “broke” when Ariana attended a glam soiree playing charades at Tom Hanks‘ house. She said, “That was the moment I broke. I couldn’t take it anymore. Music performances and magazine covers… whatever, I’ll get over it. But playing a family game at ‘National Treasure‘, two-time Academy Award–winner and six-time nominee Tom Hanks’s house? I’m done.”