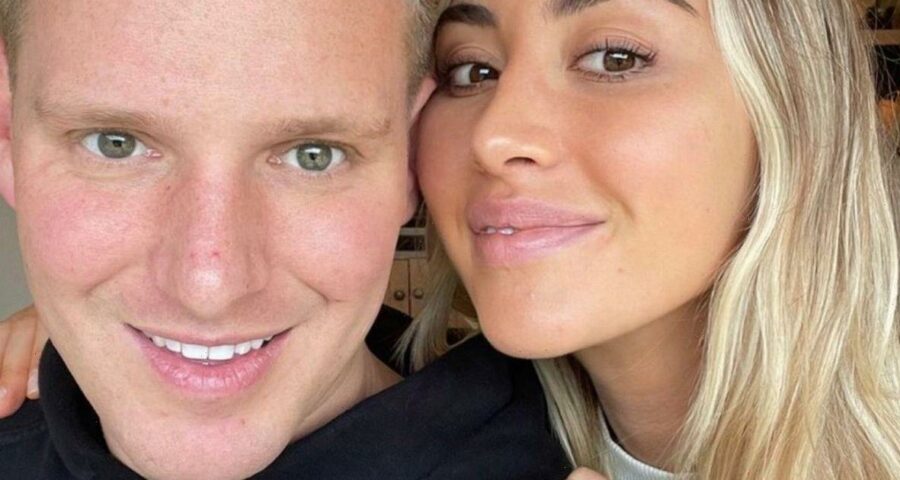 Jamie Laing and his fiancée Sophie Habboo are considering getting a second job after spending too much money on their upcoming wedding.

The Made in Chelsea stars opened up about breaking their nuptials budget as they discussed securing their wedding venue on their Newlyweds podcast in a new episode released on Monday.

Jamie, 33, urged that the couple needed to think of a way to cut their spending for the wedding as he said: “We are in a citation right now where you love the wedding venue and our new wedding planner, which is great.

“The problem at the moment is the budget that they have is way too high. We just can't afford that budget. So, we then have to start making decisions on what we do. Do we have to bring down the guests?”

Sophie, 28, suggested that she get an “extra job” to cover their budget, to which Jamie responded: “Doing what? Working nights? What are you going to do?”

“Wimbledon is coming, I could be a ball girl?" Sophie jokingly replied.

"I don't know that they pay that well though. I'd quite like that!"

“All you do is grab the ball!” Sophie clapped back.

Jamie added that the reality star’s older age might also get in her way of her succeeding in getting the job, as he said: “Ball girls are like 12, you're 27, you'll be a giant. There is a no way that you could go to Wimbledon.”

Sophie replied: “Where there’s a will, there’s a way. There's a way that we'll be able to afford this venue.”

The loved-up couple got engaged in December and it seems their romantic wedding plans have been coming together over the last few months — although Jamie shared on their podcast that he felt he had been left organising the last few details.

He said: “It just stresses me out a lot and I feel like I've been left to do all of the details and I still feel we haven't got—"

“That is such b******t, you're not left with all the details!” Sophie interrupted.

“I am! We can't afford it yet,” Jamie insisted, as his fiancé asked: “What are we going to do then?”