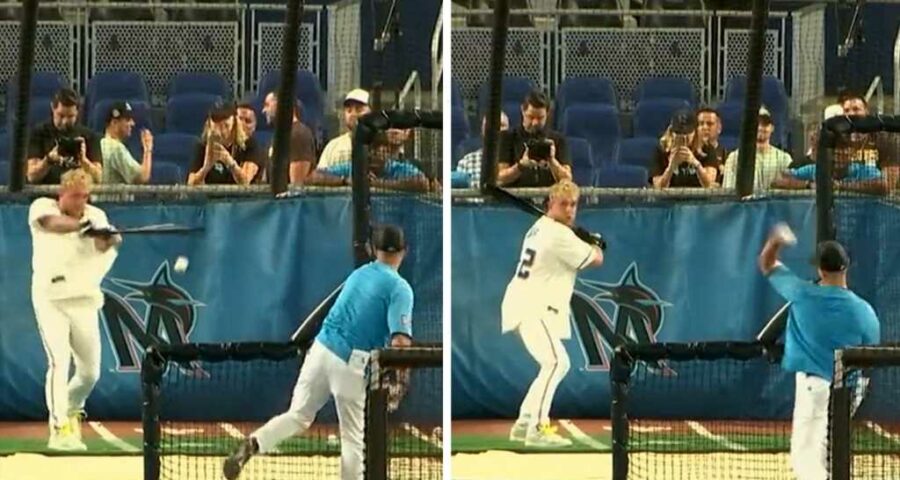 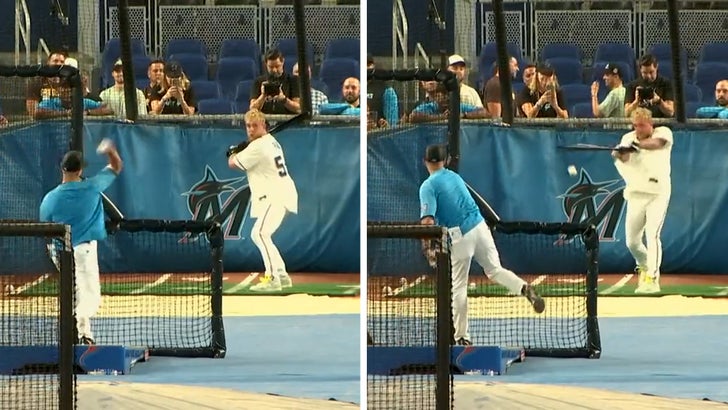 There was a slight breeze in Miami on Tuesday … and it was all thanks to Jake Paul‘s batting practice before the Marlins game.

The Problem Child was the guest of honor at LoanDepot Park before the home team hosted the San Diego Padres … and before his ceremonial first pitch, he took the batter’s box to get in some swings.

25-year-old Paul looked confident as hell before his first swing … even calling his shot like Babe Ruth.

But, it didn’t necessarily go as planned — Paul whiffed not only his first pitch, but also the next three that came after … before finally hitting a grounder to third base.

Of course, Jake was clearly just having fun with it — he even claimed afterward that the video was edited to make him look bad.

Since he wasn’t able to hit a real dinger, the team gave Jake a toy bat to show off what his home run celebration would look like … and naturally, he hit the griddy!!

Paul eventually took the mound for the first pitch … and despite being several feet in front of the mound, it was a solid toss.

It looked like Paul had an awesome time at the game — the dude also got to try out some smelling salts in the dugout.

Whether it’s in the ring or on the diamond, Jake knows how to put on a show.