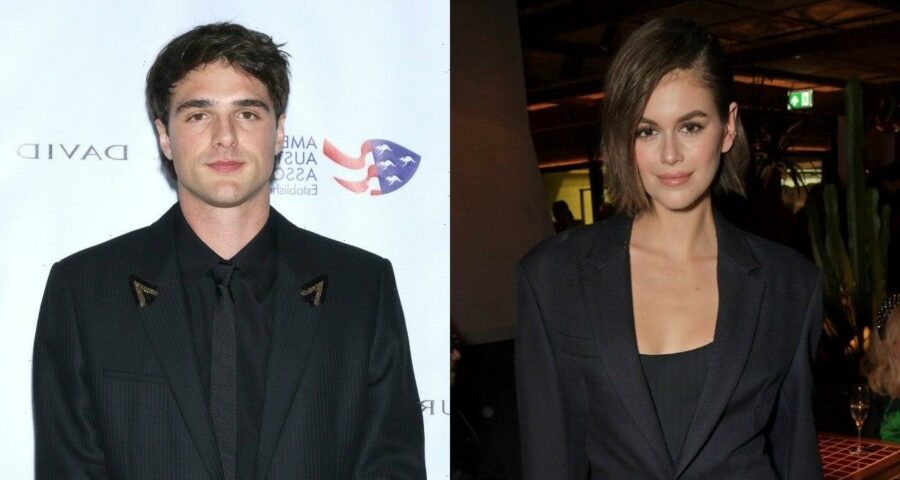 Kaia Gerber was not a fan of Jacob Elordi’s mullet. During an appearance on Tuesday’s episode of Jimmy Kimmel Live!, the 24-year-old Euphoria actor told guest host Julie Bowen that his model girlfriend, 19, chopped off his hair when they first began dating.

On the late-night show, Elordi explained that he’d “always wanted” a mullet, something he hadn’t been able to get first because of his mom and later because of his career. He decided to take the leap when he had time off due to the COVID-19 pandemic.

“My mom never let me have one ’cause she wanted me to be a gentleman, presentable,” he explained, before explaining why the hairstyle didn’t last long.

“My girlfriend, within a week of us dating, she cut it off. She took me to the bathroom, and she got scissors out, and she cut it off,” the Kissing Booth star said of Gerber. “She said, ‘You’re cute, but not that cute.'”

Elordi and Gerber were first linked in September 2020, when they were photographed eating dinner together at Nobu in Malibu, California. They were next spotted kissing in Los Angels and vacationing with her parents in Los Cabos, Mexico.

They went Instagram official shortly thereafter, when they dressed up as Priscilla and Elvis Presley for Halloween.

In May, the model gushed over her beau, telling Vogue that “being able to be with someone I trust, where we don’t want anything from each other, having a safe, steady relationship like that, has really opened my eyes to the possibilities of love and what it feels like to love without conditions.”

“Lust is touching other people or wanting them,” she added, “but love is really seeing someone.” The next month, Gerber called Elordi “my love” in a sweet birthday tribute.

Watch the video below for more on the couple.