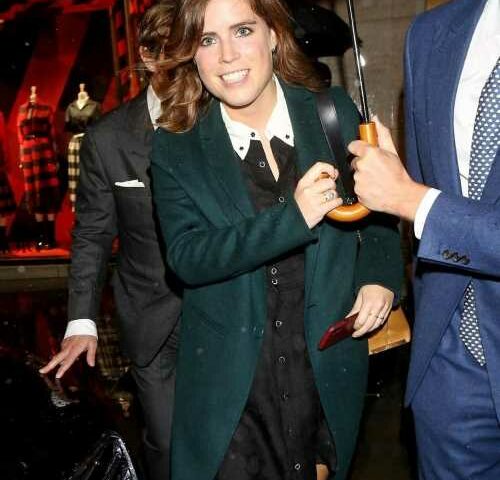 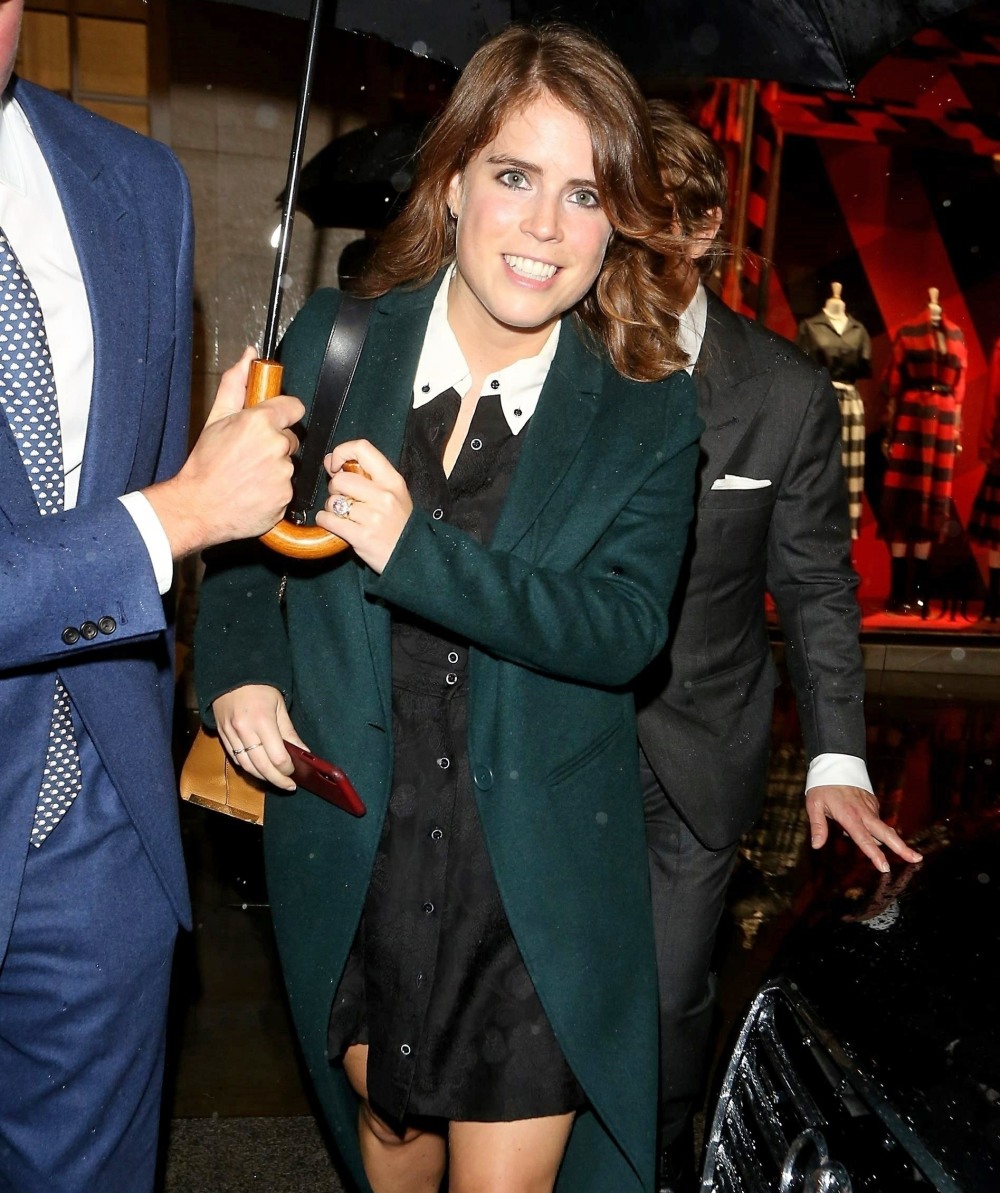 Prince Harry and Princess Eugenie’s presence at the SoFi Stadium in Los Angeles on Sunday was pretty epic. Since I didn’t watch the whole game, I don’t know if the football commentators really noticed them, but my guess is no. There were so many unmasked celebrities milling about, a ginger dude in a mask probably got overlooked. Thankfully, Omid Scobie at Harper’s Bazaar added some details about how Haz and Eugenie ended up at the Super Bowl:

Harry attended last night’s Super Bowl alongside Princess Eugenie, who is visiting California with husband Jack Brooksbank and son August Philip Hawke Brooksbank, who turned one last week. The cousins kept a low profile in black face masks as they took their seats in the 70,000-seat SoFi Stadium in Inglewood on February 13 to watch the Los Angeles Rams take on the Cincinnati Bengals in the 56th final of the NFL playoffs.

During the game’s halftime show, Harry and Eugenie were spotted by onlookers dancing in their seats to hip-hop and R&B anthems from Eminem, Dr. Dre, Snoop Dogg, 50 Cent, and Mary J. Blige—songs that would have no doubt been a reminder of their days partying together in London.

While it’s easy to imagine many brands vying to host the Duke of Sussex, he watched the game in a suite sponsored by Salesforce, one of the official partners of BetterUp, the mental health and coaching platform where he’s currently chief impact officer. The company was also an advertiser during the game, premiering a commercial starring Matthew McConaughey to encourage consumers and corporate giants to think about their value systems.

That’s cool that they were spotted dancing, and that they got their seats from a banking/finance connection through BetterUp. I think Harry is on the record as a Snoop fan, and I bet he was shaking his ass to Mary J. Meanwhile, there were also questions about why Eugenie and Jack were even in California right now. Some thought that maybe Jack had Casamigos business in LA, but Vanity Fair noted that the art gallery Eugenie works for, Hauser & Wirth, has a stand at Frieze Los Angeles, the art fair which starts on Thursday. Perhaps that’s why Eugenie and Jack came out a bit early to have a nice visit with the Sussexes. Still, according to the Daily Mail (who had no idea that Eugenie and Jack were even out of the country), Eugenie’s appearance with Harry indicates that SHE is the keen peacemaker.

Some Twitter users initially mistook Eugenie for Meghan, but the Duchess was not there. And royal observers said that Eugenie’s presence shows Harry ‘is not completely out in the cold’ despite the feud with his family.

Harry and Eugenie will have had plenty to discuss, with the Royal Family left deeply concerned by the Duke’s decision to secretly collaborate with Pulitzer-winning ghostwriter JR Moehringer on what his publishers described as ‘the definitive account of the experiences, adventures, losses, and life lessons that have helped shape him’.

Royal commentator Richard Fitzwilliams told MailOnline that Eugenie could be an ‘intermediary’ and suggested she could persuade Harry to alter some of the contents of the book to make it less of an attack on the royals. And a source told MailOnline today: ‘Harry and Eugenie have always been close ever since they were children. He always makes her laugh. They share a sense of humour. She is friends with Meghan too, and was close to his two previous girlfriends Chelsy Davy and Cressida Bonas. It was Eugenie who helped set up Harry and Cressida. She refuses to abandon him. She is a very loyal lady. She is not one for taking sides.’

The source added: ‘With Harry’s communication with the family limited Eugenie could be his one conduit to a reconciliation. But that seems a long way off. She is close to the Queen and to Harry and Meghan and their meeting shows he is not completely out in the cold.’

LOL, what did I tell you? Of course the going theory in Salt Island is that Eugenie was sent there to convince Harry to change his memoir!! Yes, of course, Eugenie is Prince Charles’s agent of chaos, visiting Montecito to advocate for poor, downtrodden, winebag Camilla. I think not! If anything, Eugenie and Harry probably had a good laugh about the utter sh-tshow of their family these days. I also agree with the theory that out of all of the Windsors, Eugenie seems the most likely to pick up and move to America, just like Harry.

A few more things – Mickey Guyton met Harry and he posed for a lovely photo with her. And Eugenie posted an Instagram from Montecito.