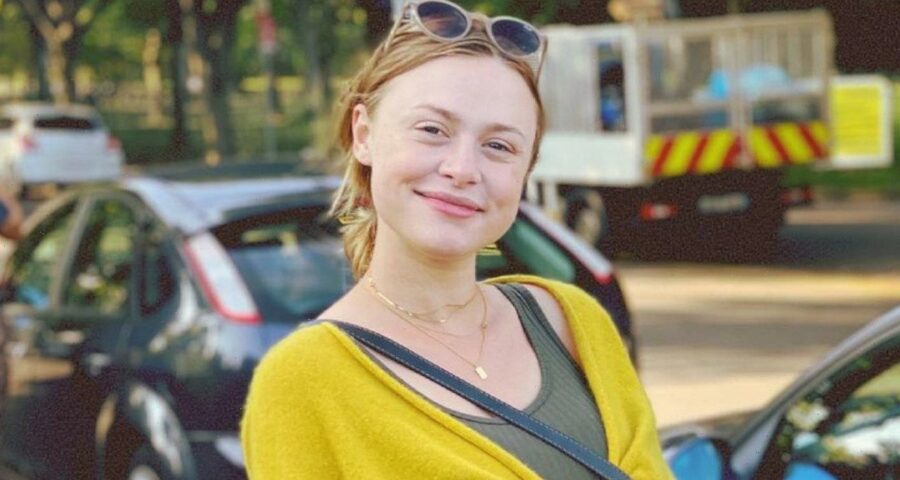 The ‘Pretty Little Liars: The Perfectionists’ actress, who welcomed Juno and Maude in early August, gushes that her babies with husband Adam Fergus are already individuals.

AceShowbiz -Actress Hayley Erin is a new mum. The “Pretty Little Liars: The Perfectionists” star and her husband, Adam Fergus, welcomed twins last month (August 2021), but kept the news to themselves for almost two months.

“7 weeks ago Juno & Maude made me a mom,” the 27-year-old wrote on Instagram on Monday, September 27. “Well, Maude on the 9th of August and Juno on the 10th. They’re individuals already. Maude has a shock of her dad’s dark hair and Juno is dramatic just like… both of her parents.”

She also paid tribute to her husband, adding, “Couldn’t do it without my love, the one, the only, SuperSperm himself: Dadam @adamfergus.”

The former “General Hospital” star was quickly congratulated by Chris Mason, who played her brother on the “Pretty Little Liars” spin-off. “Love you guys!” he wrote alongside hand-clapping emojis.

Her fans were also quick to congratulate Hayley. “So beautiful! Congratulations! I love that they have different birthdays! So much more special for all of you! [love],” one commented, while another gushed over the newborn babies, “Congratulations on the beautiful babies.”

“HAYLEY!! They are beautiful! So happy for your new family, congratulations,” a third Instagram user wrote. A separate fan added, “Congrats! They’re beautiful and I love their names!”

Meanwhile, the proud new dad shared a few pictures of his new family and wrote, “Welcome to earth Juno & Maude. It’s been 7 weeks of heavenly bliss so I thought I’d better share some pics before the wheels come off.”

“My heroic wife, @hayleyerin13 is not only thriving but has taken to motherhood so well that we may have a bakers dozen of these lil gremlins. Suffice to say I recommend it. They’re bloody marvelous.”

Hayley announced she was pregnant in April.