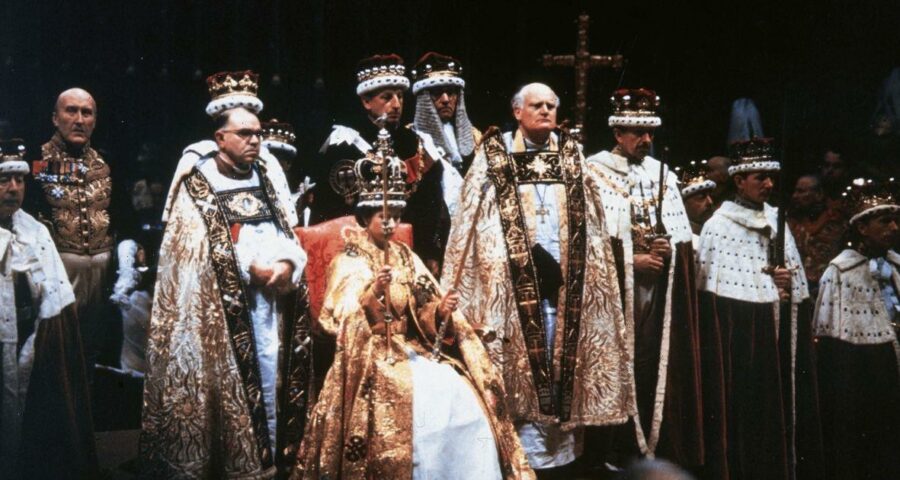 Even with the Royal Family remaining firmly in the 21st century spotlight, quirky facts and anecdotes from days gone by are endlessly fascinating. There’s always a new detail or a nugget from the archives that can add colour to the story of Britain’s first family – from coronations and weddings to war-time courage.

Check out these five things that you probably didn’t know or if you did, you have long forgotten.

The Royal Family used to rent crown jewels for coronations

The precious and fragile St Edward’s Crown, usually seen behind reinforced glass on display in the Tower of London, is only ever used at the coronation of a new king or queen, and its diamonds used to be hired in for the occasion.

It wasn’t until King George V – the Queen’s grandfather – took to the throne that the iconic symbol of the monarchy was set with permanent precious stones that didn’t have to be given back at the end of the day, according to the Royal Collection Trust..

Named after Edward the Confessor, the original crown was lost during the English Civil War, but the one we see today was made for King Charles II in 1661.

Weighing in at 2.23kg, the solid gold crown’s last public airing was, of course, at the coronation of Queen Elizabeth II in 1953, and even then she wore it only during the ceremony at Westminster Abbey. Before leaving she swapped it for the more commonly seen Imperial State Crown.

Prince Charles and Camilla couldn’t get married in church

The marriage of the Prince of Wales and Camilla Parker-Bowles took place in a civil ceremony at Windsor Guildhall after the Archbishop of Canterbury vetoed any chance of them getting wed in church.

He cited an ancient Church of England decree that banned a bride and groom from being joined together in matrimony in a church if either has been divorced from a husband or wife who is still alive. The Archbishop could have waived the rule but chose not to.

In a further disappointment, the Queen didn’t attend the legal ceremony, but she was present at the couple’s blessing in St George’s Chapel at Windsor Castle.

A passion for horses runs through the Royal Family, with the Queen being a keen racehorse breeder and still enjoying horseback riding into her 90s. But it was her daughter, Princess Anne, who took an inherited love of riding a step further, making history as the first ever member of the British Royal Family to compete in the Olympics.

She rode for the British eventing team at the Canada games in 1976 on her mother’s horse, Goodwill and later became president of the British Olympic Association and a member of the International Olympic Committee.

Winding the clock forward to the London 2012 Olympics and it was Princess’s Anne’s daughter, Zara Phillips, now Tindall, who flew the flag for the Royals as a member of the British equestrian team, earning herself a silver medal.

Prince Philip escaped his native Greece as a ‘refugee’ baby

Prince Philip, the Duke of Edinburgh, was sixth in line to the Greek throne when he was born on the island of Corfu in 1921. His parents were Prince Andrew of Greece and Denmark and Princess Alice of Battenberg and he had four older sisters

The family had to leave Greece when Philip’s uncle, King Constantine was forced to abdicate a year after Philip’s birth following the Greco-Turkish war. The young Philip was sent to England to live with his maternal grandmother Victoria Mountbatten and uncle George Mountbatten at Kensington Palace.

Meanwhile, his father chose to relocate to Monaco and his mother was sent to an asylum in Switzerland. Philip learned to make his own way in the world and became a member of the British Royal Family on his marriage to Princess Elizabeth in 1947.

Buckingham Palace was a prime target for German bombers during the Second World War, but even though the Royal residence was struck seven times by high explosive devices causing extensive damage between 1940 and 1941, King George V refused to leave London.

His wife, Queen Elizabeth, released a statement to the nation saying that she was glad they had been bombed because “it makes me feel I can look the East-End in the face', referring to the devastation of the Blitz.

For all the latest royal news, sign up to OK!'s brand new Royal newsletter.