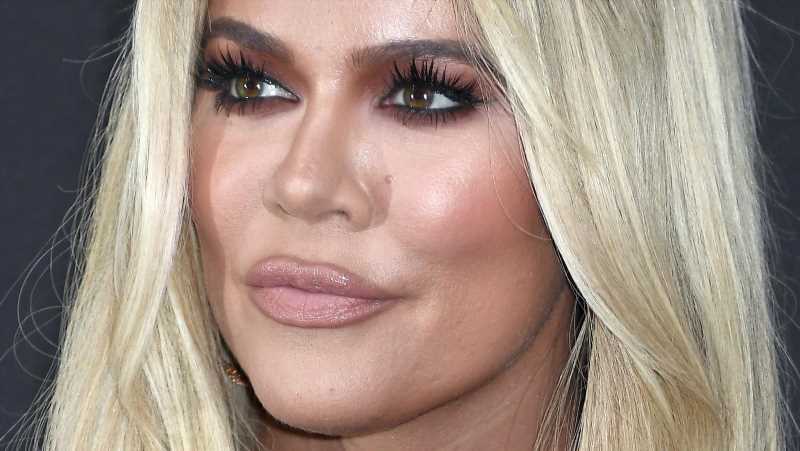 The drama continues for Khloé Kardashian and Tristan Thompson amid another set of cheating rumors. Fans who have kept up with the Kardashian will remember that Khloé and Thompson first publicly dealt with cheating allegations in 2018, just before the birth of their daughter True. At the time, TMZ released footage showing the NBA player  “brazenly cheating on Khloé … with not one but two women.” While the footage was from October 2017, it surfaced in April 2018.

In November 2018, Khloé took to Twitter to write, “Regardless of what Tristan did to me, I was never going to take that moment away from True or Tristan. She should not be punished for his actions. He is her father and they both deserve to love one another as deeply as They possibly can.” She was seemingly referring to allowing Thompson in the room for the birth of their daughter.

Just as the couple seemed to have reconciled a year later, Thompson made headlines for allegedly hooking up with none-other than Kylie Jenner’s best friend Jordyn Woods (consequently ending the BFF’s friendship). Amid the coronavirus pandemic in 2020, the couple seemed to have given their love yet another shot by quarantining together. However, things appeared to take a turn in April 2021 when new cheating allegations surfaced.

In March 2021, Khloé Kardashian took to Instagram to share a heartfelt birthday message to boyfriend Tristan Thompson that read: “the ones that are meant to be are the ones who go through everything that is designed to tear them apart and they come out even strong then they were before.” The message (and the giant rock the Kardashian had been seen sporting) seemed to confirm the two were back together. However, amid the new cheating rumors, fans have taken notice Khloé’s ring is gone.

The allegations came from a woman named Sydney Chase, who claimed she and Thompson hung out “multiple times,” on a since-deleted episode of the “No Jumper” podcast (via Page Six). At the time, she alleged Thompson had told her he was single. Then, in a TikTok posted by Chase, she claimed she and Thompson first met in November 2020 and had relations up until the day after his daughter’s birthday in April 2021. Soon after, Chase broke things off with the NBA player after finding out he was still in a relationship.

In a since-deleted screenshot posted to her Instagram Story, Chase revealed that Khloé had allegedly attempted to reach out to her via Instagram DM. “Hey Sydney, this is Khloé,” read the first message in a screenshot posted to The Shade Room. A second message read: “I would appreciate if our conversation can remain confidential.” As of this writing, it is unconfirmed whether the DMs are actually from the reality star, as neither Khloé nor Thompson have publicly confirmed or denied the new cheating rumors.