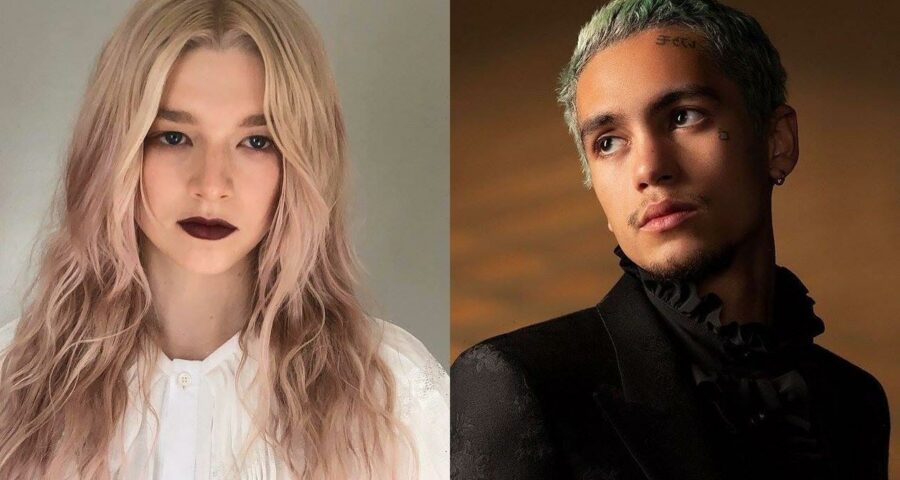 When opening about about his relationship with his co-star, the Elliot depicter on the HBO hit series reveals that she was the one who taught him to cry for a scene.

AceShowbiz –Dominic Fike has offered a glimpse of his relationship with Hunter Schafer. The Elliot depicter on “Euphoria” opened up about their romance for the first time in a profile for GQ’s June/July issue that was published on Tuesday, May 31.

Dominic, who met Hunter on set in Los Angeles, first revealed that Hunter was the one who taught him to cry for a scene. When recalling the moment his now-girlfriend got into character, he said, “I wanted to hug her. The tears started going, she said, ‘Okay, I’m ready.’ And then they did the scene.”

“You just compile all these terrible experiences, and bring them to the front, and then just watch them,” the musician quoted the actress as saying. He added, “I was like, ‘That’s fucked up. You do that all the time? It’s horrible!”

“In those moments, your relationship is accelerated because you’re so vulnerable with someone, immediately,” he went on sharing. “Which usually takes a long time. Some people fall in love, like, f**king months after they meet, or years after. We developed an attraction – it sped it up so fast. We just really got to know each other so quickly.”

Dominic and Hunter sparked romance rumors in January after a fan told Deuxmoi that he/she saw the fashion model backstage at one of the musician’s shows. Another online user informed the gossip account that they were “kissing and dancing” while hanging out at The Nice Guy with their co-stars Jacob Elordi and Alexa Demie.

After they were photographed going on dinner dates multiple times, the pair finally went public with their relationship on February 10. At that time, the Florida singer/songwriter posted a photo of him and his girlfriend locking lips during dinner.

However, earlier this month, breakup speculations between the two emerged. After a fan asked @DeuxMoi if he had cheated on his “Euphoria” co-star, the gossip account replied, “I think they have been over so if you are referring to his recent dalliances then no.”