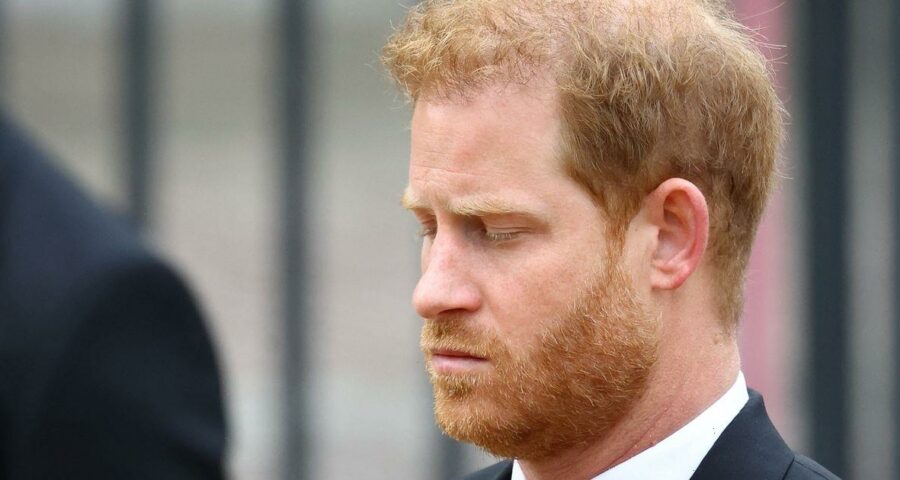 Prince Harry had hoped to take a more active role in the Queen’s state funeral, a body language expert has revealed.

The Duke of Sussex made his feelings known with a single gesture, Judi James has claimed, as she explained how one telling action had revealed his desire to be a more active participant in the proceedings.

Joined by his wife Meghan Markle for the state funeral at Westminster Abbey, the Prince appeared to be “emotionally broken” according to Judi, with a few clear tells present in his body language, that he wasn’t comfortable at all.

Speaking to the Sun, Judi said: "Following the coffin beside his brother there were some suppressed signals of tension, like the sucked-in lips.”

She then continued: "But when the coffin was being lowered he did a repeat of the shoulder-rolling gesture from the last walk.

"He appeared to not only be bracing or steeling himself for the service inside, but was also mimicking the gesture the coffin bearers were doing in what looked like a desire to take a more active role himself.”

Prince Harry also surprised mourners with his attire for the funeral, as he was once again wearing a morning suit rather than his military uniform.

The Duke had been given special permission to wear his military uniform during his and his cousins' vigil of the Queen's coffin on Saturday, but no such permission was granted for the funeral, with Harry wearing a traditional morning suit instead.

This was the same outfit he had previously worn to Prince Philip’s funeral last year.

Seated on the second row behind his brother Prince William, wife Kate and their two oldest children Prince George and Princess Charlotte, both Prince Harry and his own wife Meghan Markle appeared to be distant as they remained still throughout the poignant service.

Harry’s relationship with the royal family has been fraught with tensions in recent months, following an explosive tell-all interview with Oprah Winfrey that aired shortly after he and his wife had emigrated to the United States.

While many royal fans at home have been hoping for a reconciliation during Harry’s time in the UK, particularly after seeing the brothers support each other throughout the ten day mourning process so far, a source close to the family admitted it wasn’t quite so simple.

Speaking to The Sunday Times, a source said: "Their view is: 'We’ll be where we need to be and we won’t be where we don’t need to be’.”

Another added: "They are both just doing their jobs and will go back to their own lives after that. It’s all really sad.”