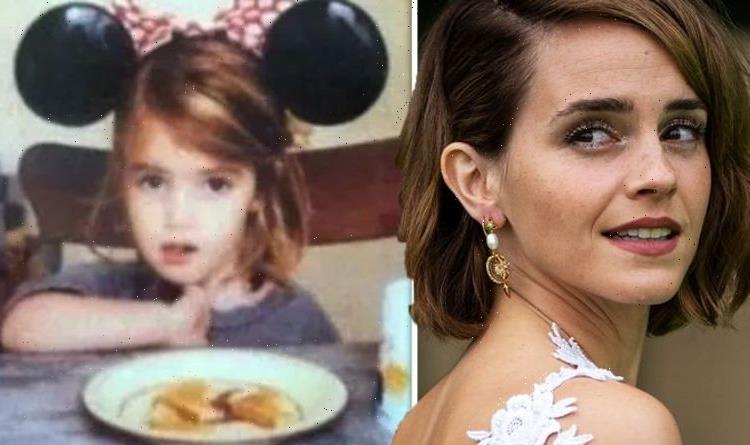 Harry Potter star Emma Watson has broken her silence following a blunder that many fans spotted in the Harry Potter Reunion, entitled Return to Hogwarts. Taking to social media, the actor, who plays Hermione Granger in the series, playfully poked fun at a picture which supposedly featured her as a youngster in the special reunion programme, but was actually of another Hollywood star.

I was NOT this cute

In view of her 64.4 million followers, the Chanel icon revealed the real identity of the person in the snap.

Emma wrote: “I was NOT this cute, @emmaroberts.”

She added a laughing face emoji and the hashtag, “#emmasistersforever” before ending her post.

The photo featured a sweet-looking girl wearing a pair of Minnie Mouse ears while sitting at a dining table.

Harry Potter fan account Potterpoints added: “My goodness this was so hilarious.”

They wrote: “For anyone wondering, they used Emma Roberts’ picture by accident in the Harry Potter Reunion.”

Emma was reunited with her co-stars, including Daniel Radcliffe, Rupert Grint, Tom Felton, and Bonnie Wright for the commemorative programme marking 20 years since the first film, The Philosopher’s Stone.

However, viewers were left less than impressed after a photo claiming to be of Emma Watson was incorrectly shown.

Eagle-eyed fans were quick to notice that the snap was actually of Scream Queens star and niece of Hollywood legend Julia Roberts, Emma Roberts.

After the error was identified, the show’s producers quickly issued a statement and edited the snap.

“You brought an editing mistake of a mislabeled photograph to our attention. New version up shortly.”

Emma Watson wasn’t the only actor suffering a mishap, as Weasley twins actors James and Oliver Phelps revealed that they had been incorrectly named in captions on-screen.

Taking to Instagram, Oliver told his 2.7 million followers: “‘I guess after all those pranks over the years somebody decided to get their revenge

“It was fantastic to be part of the HP reunion. Hope you all enjoyed it #ReturnToHogwarts.”