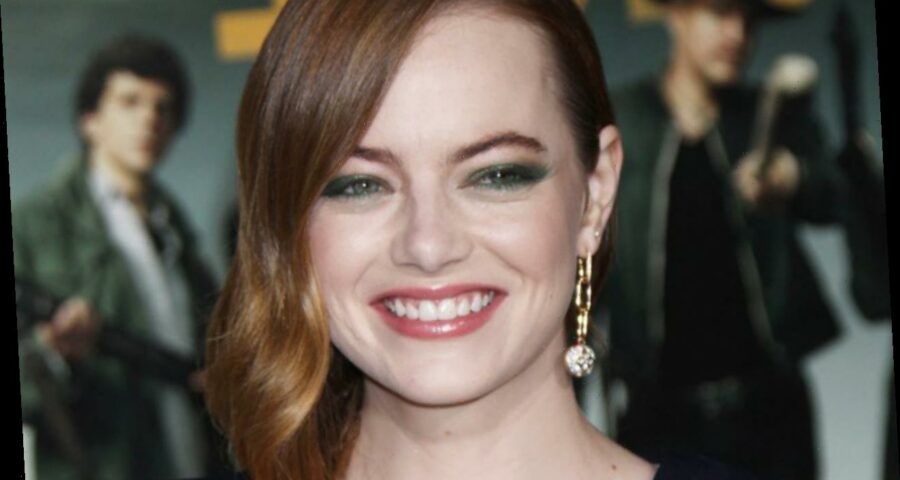 The ‘Zombieland: Double Tap’ actress, who is believed to have tied the knot with Dave McCary in September, flaunts her growing baby bump during a walk with a friend in Los Angeles.

AceShowbiz –Emma Stone has a bun in the oven. The “Zombieland: Double Tap” actress, who is believed to have tied the knot with Dave McCary more than three months earlier, was spotted staying active while pregnant with their first child as she went out and about in Los Angeles.

In a series of photos obtained by Daily Mail, the 32-year-old was caught on camera cradling her growing baby bump during a walk with a female friend. During the Wednesday, December 30 outing, she opted to go with black outfit with a long-sleeved T-shirt and leggings paired with a cap and sneakers.

While Emma has yet to confirm her pregnancy, a source offered some details to Us Weekly. “She seems very happy and very excited about becoming a mother – she’s constantly oohing and cooing. She looks great, she looks healthy, she’s glowing,” the source claimed. “She’s been keeping up with friends and work lately, she’s always staying active and gets her daily exercise in.”

The “La La Land” star has been plagued with speculations of her pregnancy since news about her getting married to the “Saturday Night Live” writer in September 2020 hit the headlines. Two months later, she added fuel to the rumors when she told Entertainment Tonight’s child reporter Macklin Cohen that she was looking forward to having her own kids.

During an interview over “The Croods: A New Age“, Emma was asked how she feels about starting a “pack” of her own. In response, she stated, “I feel pretty good about starting my own pack. Although I don’t think that my pack would be quite as physically capable as the Croods are.” She added, “They’re pretty rough and tumble and I don’t know if my pack would be as rough and tumble.”

Emma and Dave, who began dating in October 2017, got engaged in December 2019. By May 2020, rumors about them secretly getting married surfaced, especially after the Oscar-winning actress swapped her engagement ring for a simple gold band when appearing on Reese Witherspoon‘s “Hello Sunshine” series.