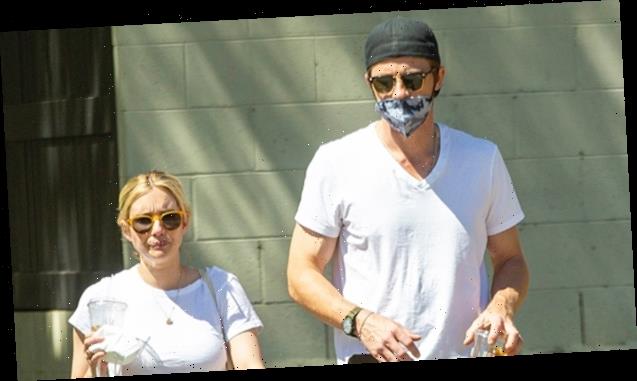 New parents, Emma Roberts and Garrett Hedlund, were photographed out with their son, Rhodes, for the first time on March 28.

Emma Roberts and Garrett Hedlund took their three-month-old son, Rhodes, for a stroll around the neighborhood on March 28. While Emma has posted some photos of herself and the little one on Instagram, this is the first time that the proud parents have been photographed out with Rhodes together. Both stars wore jeans and white t-shirts for the casual walk. 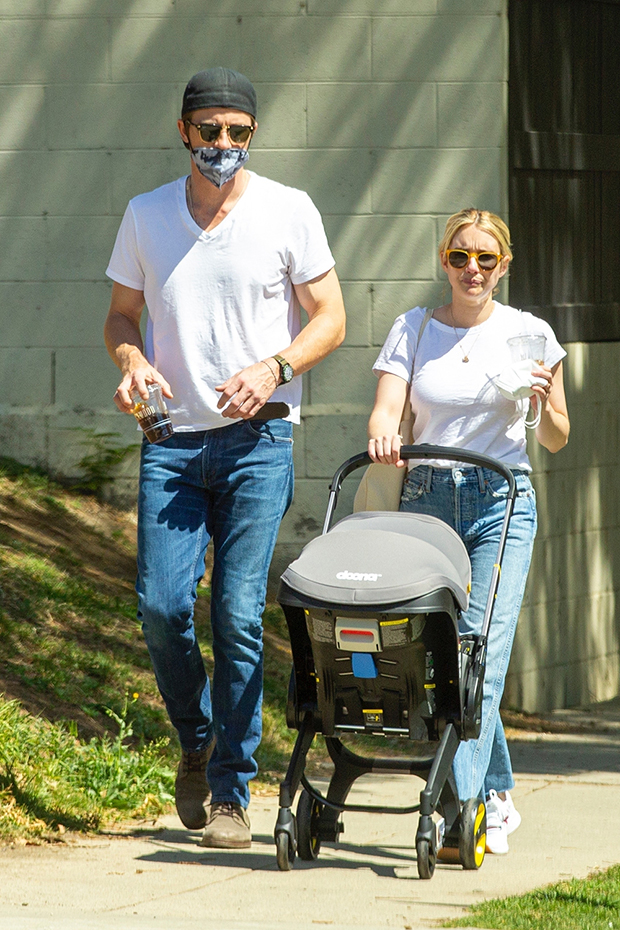 Emma gave birth to Rhodes at the end of 2020, and has kept his full face off of social media since his birth. For the most part, Emma and Garrett are a very private couple, so this decision is not surprising. The two were first linked in 2019, following Emma’s split from her on/off boyfriend, Evan Peters. In June 2020, news broke that Emma was pregnant with the pair’s first child, although she didn’t confirm the pregnancy herself until the end of August.

During the couple’s latest outing, Emma pushed Rhodes’ stroller, while Garrett walked by her side. Throughout the walk, he kept a watchful eye on the newborn, who was covered by the top of the stroller as photographers snapped pictures. Both Emma and Garrett wore sunglasses while enjoying the gorgeous day in Los Angeles. Emma and Garrett also had drinks in their hands that they sipped on during the stroll. 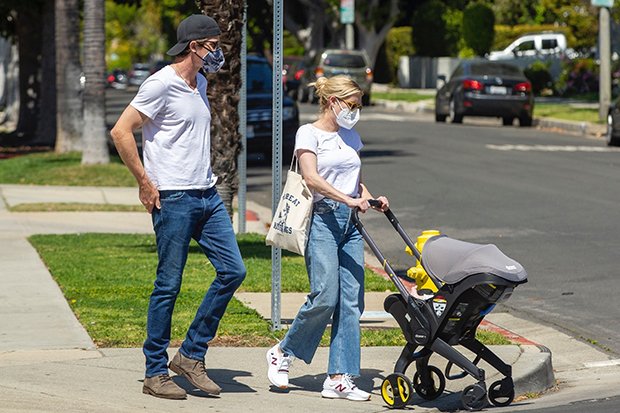 “Thank you 2020 for getting one thing right,” Emma gushed in January, referring to her little boy. “Our bright light Rhodes Robert Hedlund.” She also showed Garrett some love on Valentine’s Day by posting a rare photo of the two together with the caption, “Happy Valentine’s Day my love.”

Emma was previously in an on/off relationship with Evan for seven years. The two met while filming Adult World in 2012, and went through some public ups and downs over their time together. In 2013, Emma was arrested after a fight between the exes got violent. However, Evan decided not to press charges and she was soon released. The two got engaged in 2014, but split by the beginning of 2019.