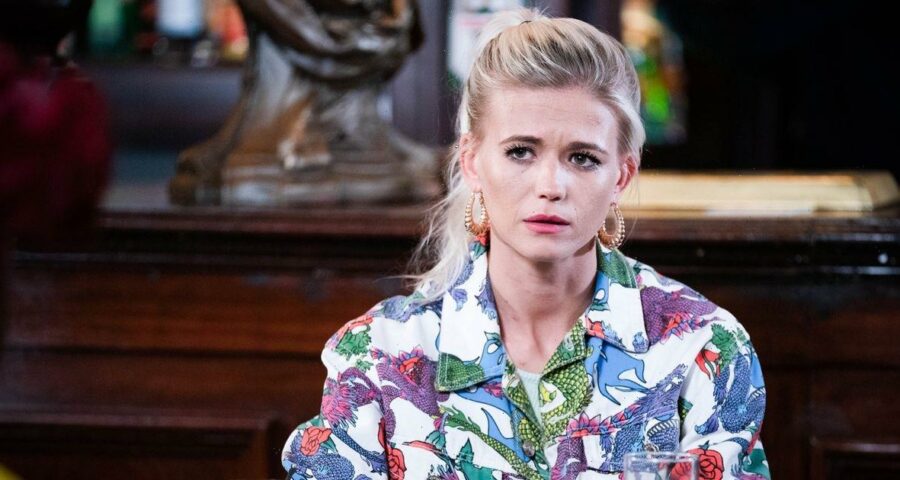 EastEnders’ Danielle Harold ditched her Lola Pearce character as she glammed up for a London event.

She is best known for playing Lola in Eastenders but Danielle, 29, looked worlds away from her soap character at a Boohoo event.

The actress wore a black ensemble, consisting of a NY State of Mind belted dress, jacket, small bag and open toed-heeled boots. She completed the look with coral nails.

Danielle, who appeared on the BBC soap first in 2011, had her platinum hair down in a look unrecognisable from her EastEnders character.

Lola was introduced as the granddaughter of iconic character Billy Mitchell, played by Perry Fenwick, 59.

Danielle was on the soap until 2015, when Lola left Walford for Newcastle, taking daughter Lexi Pearce with her after on-screen partner Jay Brown, played by Jamie Borthwick, 27, was arrested.

Lola's storylines have included a teenage pregnancy, with her having become the first ever character to give birth live on EastEnders – with the scene broadcasted in 2012.

Danielle also played the character in the 2012 spin-off Billy's Olympic Nightmare. Her other acting credits include a role in an episode of medical series Casualty, and prior to EastEnders and professional acting she featured in all seven episodes of Jamie Oliver's Jamie’s Dream School.

During the special live broadcast where Lola gave birth, her on-screen grandfather Billy was also carrying the Olympic Torch through the square.

Danielle was the first EastEnders character to give birth live on air, but the second British soap star after Coronation Street actress Jennie McAlpine, 38.

The EastEnders star also posted a similar glammed up photo to her Instagram earlier this week, captioning the photo with a rainbow emoji.

Fans were equally in awe of Danielle’s look, with one commenting: “You’re so pretty as always.”

Danielle remains a current cast member on the soap, and last year lifted the lid on her life on screen.

She clearly is very close with her on-screen family, posting numerous times with them on social media, and is friends with Danny Dyer who played ex-Queen Vic landlord Mick Carter.

Danielle also posted a lovely tribute to soap legend June Brown when she passed away in April.

In a post, Danielle said: “The heart and soul of our Eastenders family we love you June.”

For all your latest updates on Danielle Harold and other EastEnders stars, sign up to OK!'s daily newsletter.