Dwayne ‘The Rock’ Johnson has suggested he’d be open to a presidential run, after a poll revealed surprising levels of support for the former pro wrestler.

Dwayne “The Rock” Johnson has teased a possible presidential run, after a poll suggested 46 percent of Americans would be willing to consider the candidacy of a future President Rock. The actor and former professional wrestler, 48, took to Twitter in the wake of the surprising results, adding fuel to his rumored plans of running for POTUS. “Not sure our Founding Fathers ever envisioned a six-four, bald, tattooed, half-Black, half-Samoan, tequila drinking, pick up truck driving, fanny pack wearing guy joining their club,” the Fast and the Furious star tweeted on April 10.

He added, “But if it ever happens it’d be my honor to serve the people.” More than 30,000 Americans were polled by Piplsay, and 46 per cent of respondents said they would be open to having the Jumanji star in the White House. The Rock first teased a foray into politics back in 2017, and as recently as February, he floated the idea in an interview with USA Today, saying he would “consider a presidential run in the future if that’s what the people wanted.”

The WWE superstar is currently worked on the faux-autobiographical TV show Young Rock on NBC, in which he appears in regular segments as a future version of himself who is running for president in 2032. HollywoodLife recently spoke to Taj Cross, who plays the right-hand man of a young Rock during his teenage years. Taj said he tapped into the role, which is “a mix” of multiple influential friends Dwayne Johnson had during that period in his life. “Gabe isn’t based off of one friend in particular. He is basically a bunch of Dwayne’s best friends mixed into one,” the 16-year-old explained. 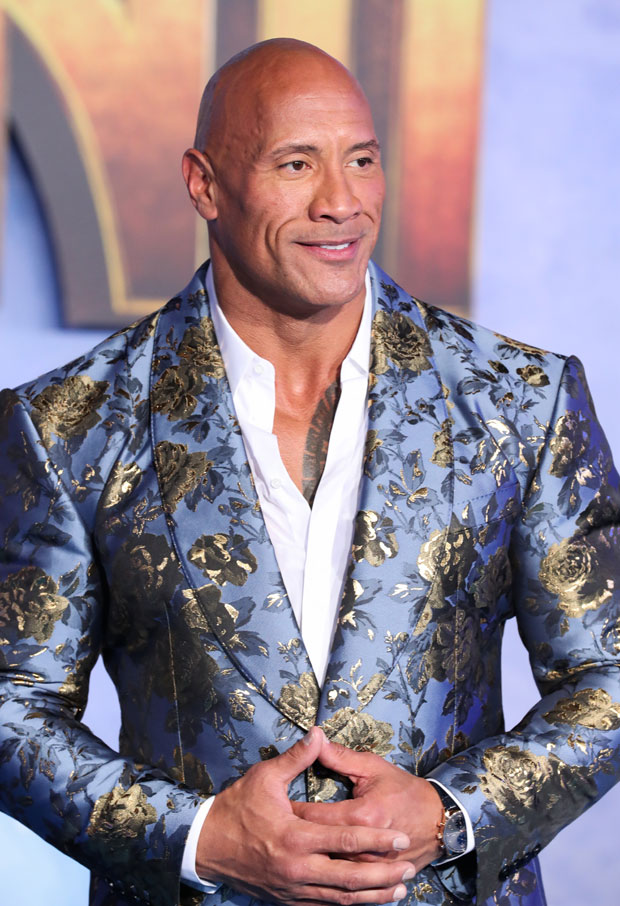 “I never got to speak to him personally, but Bradley Constant asked a bunch of questions and reported back to me on that. So, to bring Gabe to life, I had to really think of making this connection with The Rock myself.” Bradley and Taj’s scenes are all set in the ’80s, and the wardrobe, hair and make up totally adheres to the trends at that time! “They cut my hair, they gave me a bunch of acid-colored, AV Nation clothes that really put me into that time, for sure,” Taj dished.