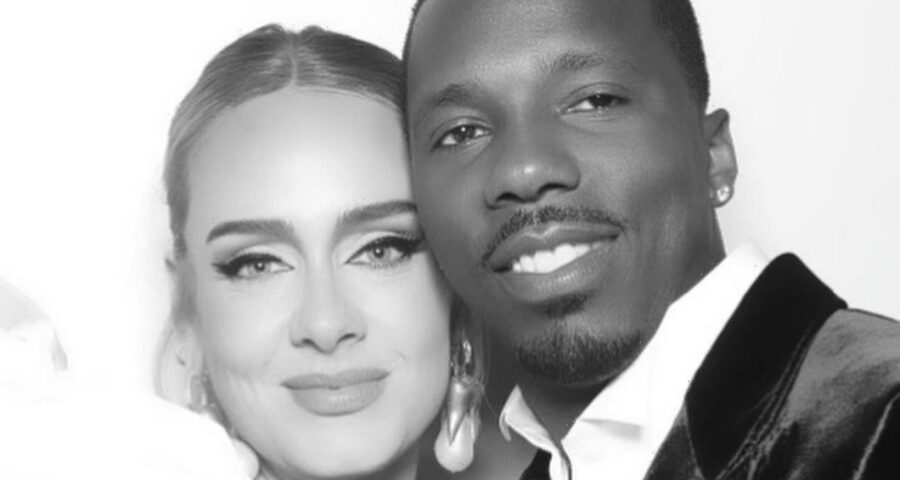 Hours after revealing that she wants to have a baby with her partner and addressing the engagement rumors, the ‘Easy On Me’ hitmaker is seen having fun during a boozy night out at Heaven Club in London.

AceShowbiz –Adele has gone wild. The “Easy On Me” hitmaker, who said that she had given up drinking a few months ago, was spotted getting drunk and breaking down in tears in a gay club after teasing about having a baby and addressing Rich Paul engagement rumors.

The chart-topping singer was caught having fun at Heaven Club in London on Thursday night, February 11. The “I Drink Wine” songstress was left sobbing during her boozy night out at the club where she stripped down to her bra and pole-danced on stage in front of topless dancers.

At one point, Adele was seen in tears as fans cheered for her, leaning down from her VIP area to ask a group of revelers on the dancefloor, “Why did everyone suddenly know I was here?” The Grammy-winning artist stressed, “How does everyone know it’s me?”

While performing a pole dance as topless dancers looked on in shock, Adele addressed the “woke” Brit Awards controversy. “I’m going to go with my girl! I know I’ve had a lot of s**t the last couple of days,” she began saying after picking a winner for a stripping contest at the club’s event which was hosted by “RuPaul’s Drag Race” star Cheryl Hole.

Hours earlier, Adele made an appearance on “The Graham Norton Show”. During the interview, the “Someone Like You” singer revealed that she wants to have a baby with her boyfriend Rich and continued to fuel rumors that they’re engaged. “It takes me a while to recharge, and I would like to have more children – I only just feel like I’ve caught up with my sleep from nine years ago when I had my son,” she said.

When host Graham asked about her postponed Las Vegas residency, Adele made sure that the rescheduled shows will take place this year because she might be pregnant afterward. “It is absolutely 100 percent happening this year. It has to happen this year because I’ve got plans for next year… Imagine if I have to cancel because I am having a baby?” she explained.

Adele further admitted that the reason behind the postponement had nothing to do with the COVID-19 pandemic. “I tried my hardest and really thought I would be able to pull something together in time,” she elaborated.

“I regret that I kept going until that late in the day. It would have been a really half-a**ed show, and I can’t do that,” Adele continued. The 33-year-old artist went on saying, “People will see straight through me up on the stage and know I didn’t want to be doing it. I’ve never done anything like that in my life and I’m not going to start now.”

Adele said she will announce new dates when “everything will definitely be ready.” She then pointed out, “The sooner I can announce the better, but I just can’t in case we are not ready in time.”

Of the engagement news, Adele told Graham, “If I was, would I ever tell anyone if I was or wasn’t?” The rumors first sparked after she attended the 2022 Brit Awards wearing a massive diamond ring on the red carpet.