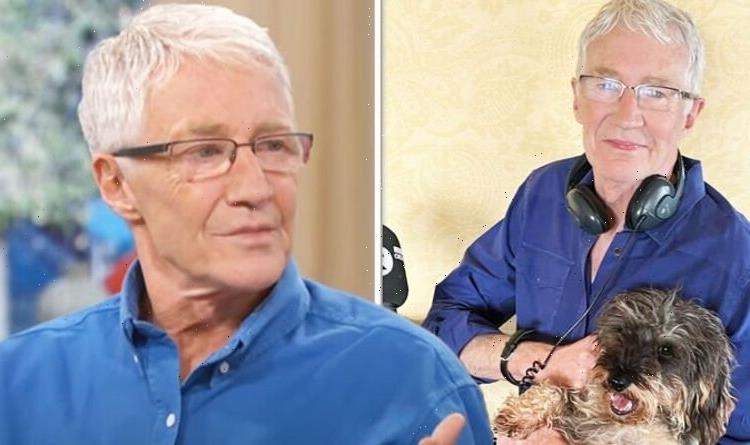 Paul O’Grady’s regular BBC Radio 2 show will no longer be on the airwaves until May. The comedian, 66, who used to perform as drag queen Lily Savage, has taken to social media and addressed the sudden change to the billing.

The radio host fronts his self-titled show Paul O’Grady on the Wireless on Sunday from 5 to 7pm.

He has since addressed the move in a candid message, in view of his 610,000 followers yesterday.

Paul uploaded a picture of himself cradling his dog, Sausage, while he sported a pair of wireless headphones.

He penned: “I’m doing my best to look benign but Sausage has just spotted Nancy dragging a tea towel down the hall and as you can see she wants a bit of the action.

“It’s my last Radio 2 Sunday show for quite sometime, our listening figures have shot up so a great big thank you to everyone who listens.

“While I’m on the subject I’d also like to thank my producer (sounds very grand) Malcolm Prince who is one of the best in the business and hasn’t cracked once in the 14 years we’ve been on air.”

He continued: “There’s a new regime now, I do 13 weeks on and then 13 off which is nothing to do with me as it’s a management decision.

“So, all being well and providing I’m not in India or Borneo, travel restrictions permitting, I should be back some time in May. Take it easy.”

Listeners of the radio presenter were less than impressed by the news as they reacted to his post.

Actress Amanda Mealing penned: “It’s a f*****g farce, babe. You’d be forgiven for thinking you made radio shows for the public, not for middle management to have something to do of a day.”

WDW Christi shared: “So very sad about this ‘management’ decision Paul. Why do they never ask the listeners for their views? Going to miss you and Malcolm so much. Been listening in to your fabulous show for ever and it’s become part of our Sunday.

“Things will not be the same without you both. Do not want to rush the year over but roll on May! Must make most of today but a few tears will be shed at 7.00. Thank you for all the laughs and the wonderful music.”

Julie Robinson commented: “What a ridiculous management decision they’re making. Paul you and Malcolm are fabulous and I never miss your show. Roll on May, because that’s me switched off Radio 2 until you’re back.”

Dawn Hobden added: “You will be missed in our house. Always look forward to your show every Sunday.”

Ollie Corbett mused: “Why change something that is successful? Mad management in my opinion! Hope you have some nice time off.”

Paul first rose to fame as his drag persona Lily Savage in the nineties and he has been a regular on TV.

However, the comedian now says his alter-ego is “dead” and there’s “not enough money in the world to bring her back”.

Speaking to the Mirror he said: “There’s not enough cash on earth to get me dragged up. God no.

“It’s always been, ‘Why don’t you be Lily Savage again?’ Well, because one, I’m too old. And two, I couldn’t be bothered.”

Paul is a national treasure, and his ITV show For The Love of Dogs has a legion of loyal fans.