As Designer Maria Grazia Chiuri unveiled Dior’s Couture Spring-Summer 2022 collection, all eyes were on the beautiful embroidered Indian tapestries which formed the backdrop at the Musee Rodin in Paris.

Created by artistic legends Madhvi Parekh and Manu Parekh, it was rendered in embroidery by the Chanakya School of Craft in Mumbai.

200,000 hours were spent to create the splendid tapestries which adorned the walls of the Dior show venue. 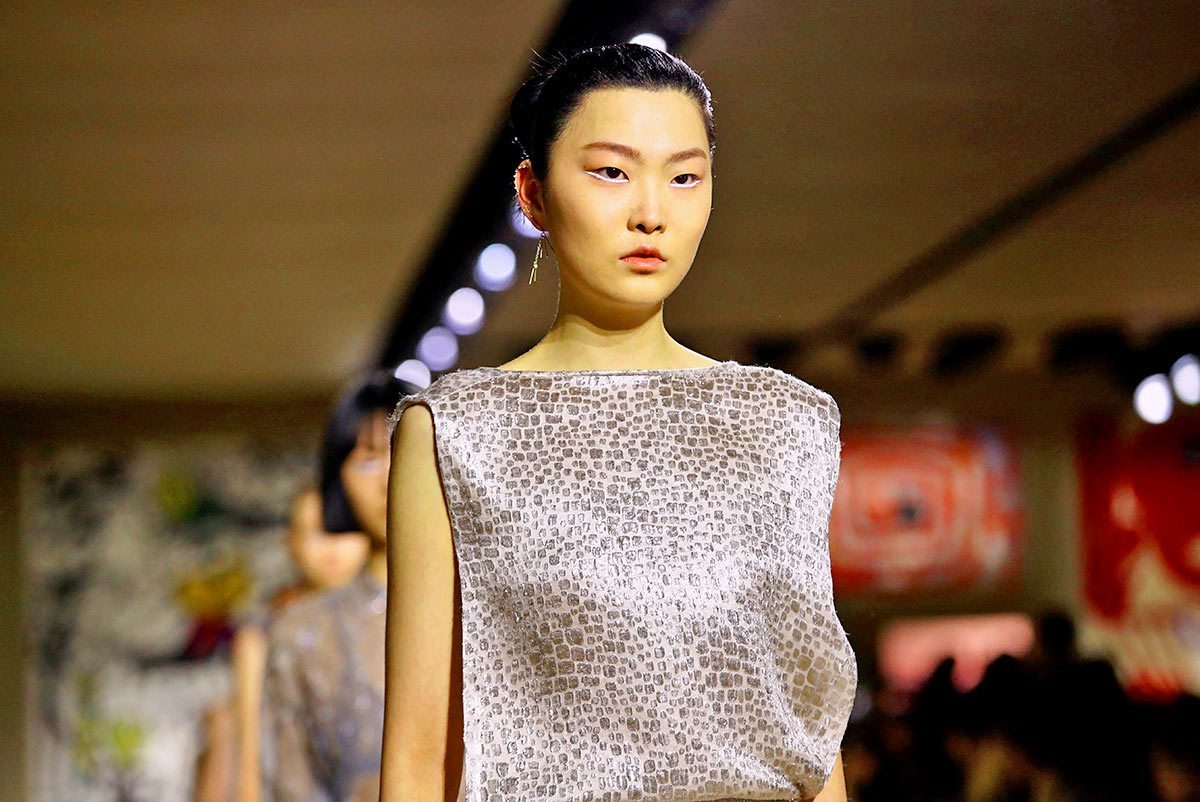 IMAGE: As models dressed in fluid silhouettes walked the ramp, the audience got a glimpse of the splendid tapestries. 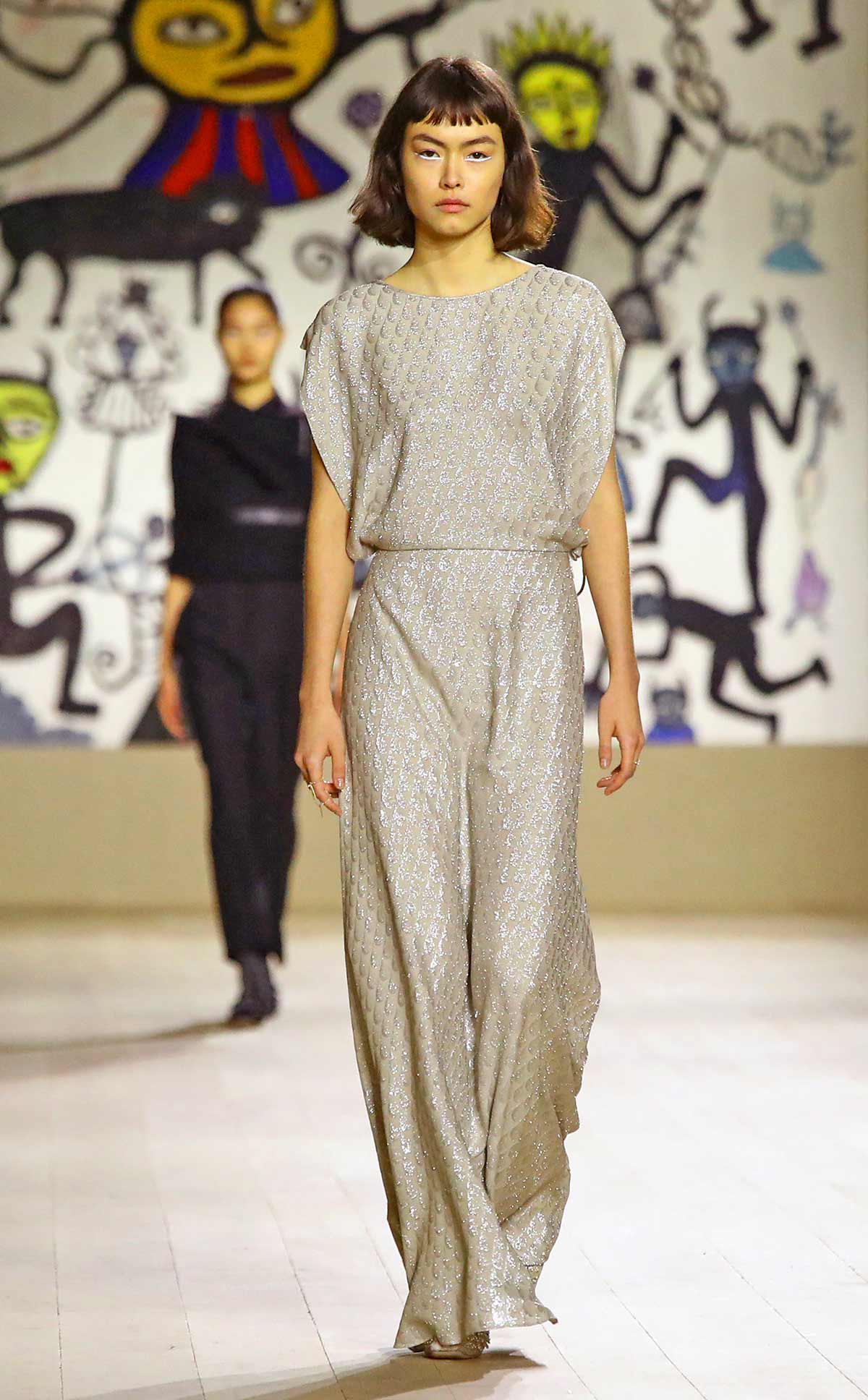 IMAGE: The clothes were deliberately kept simple, and the designer played around with shades of white, grey, black and silver. 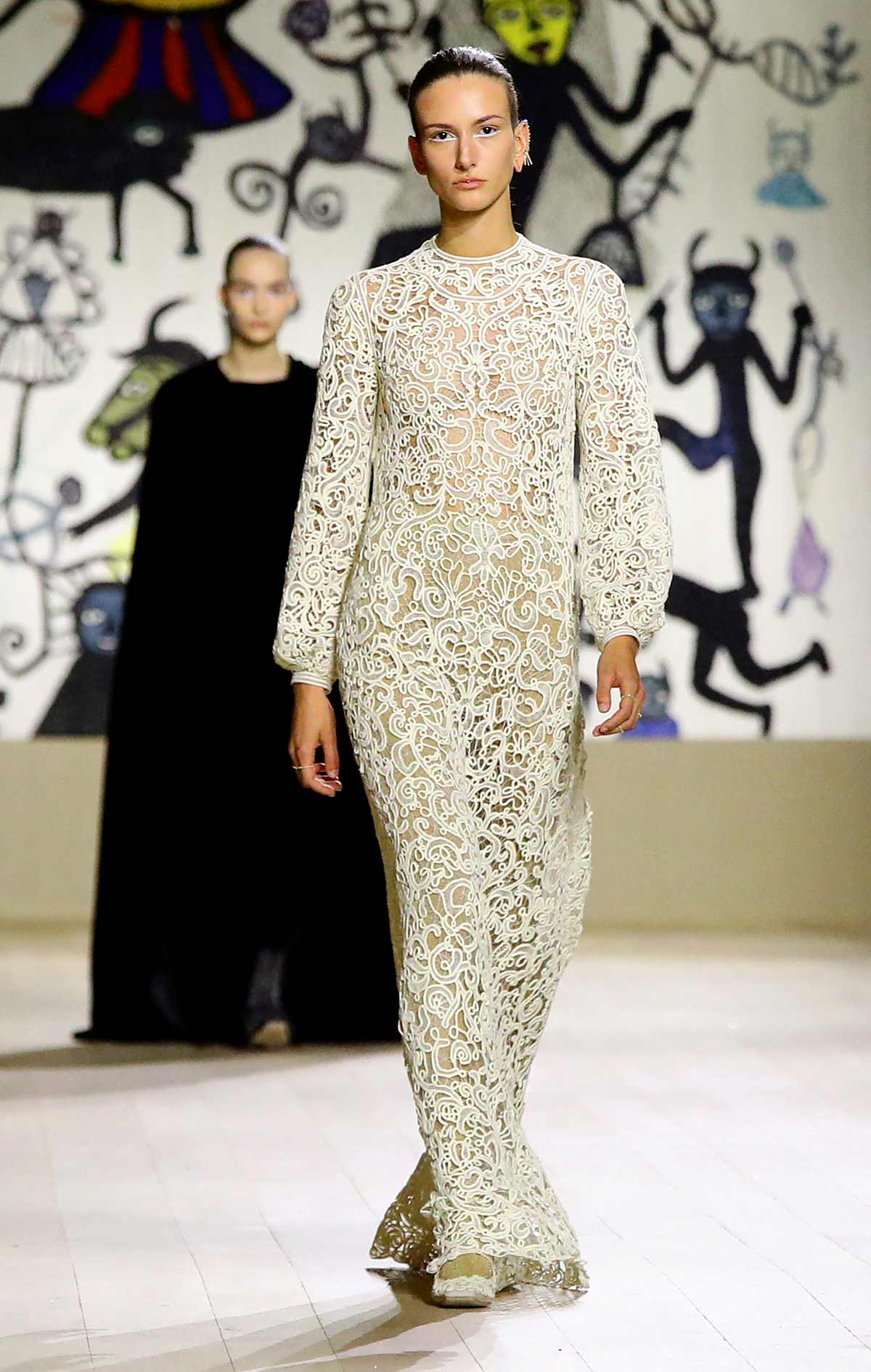 IMAGE: A model dressed in a breathtaking white lace gown. 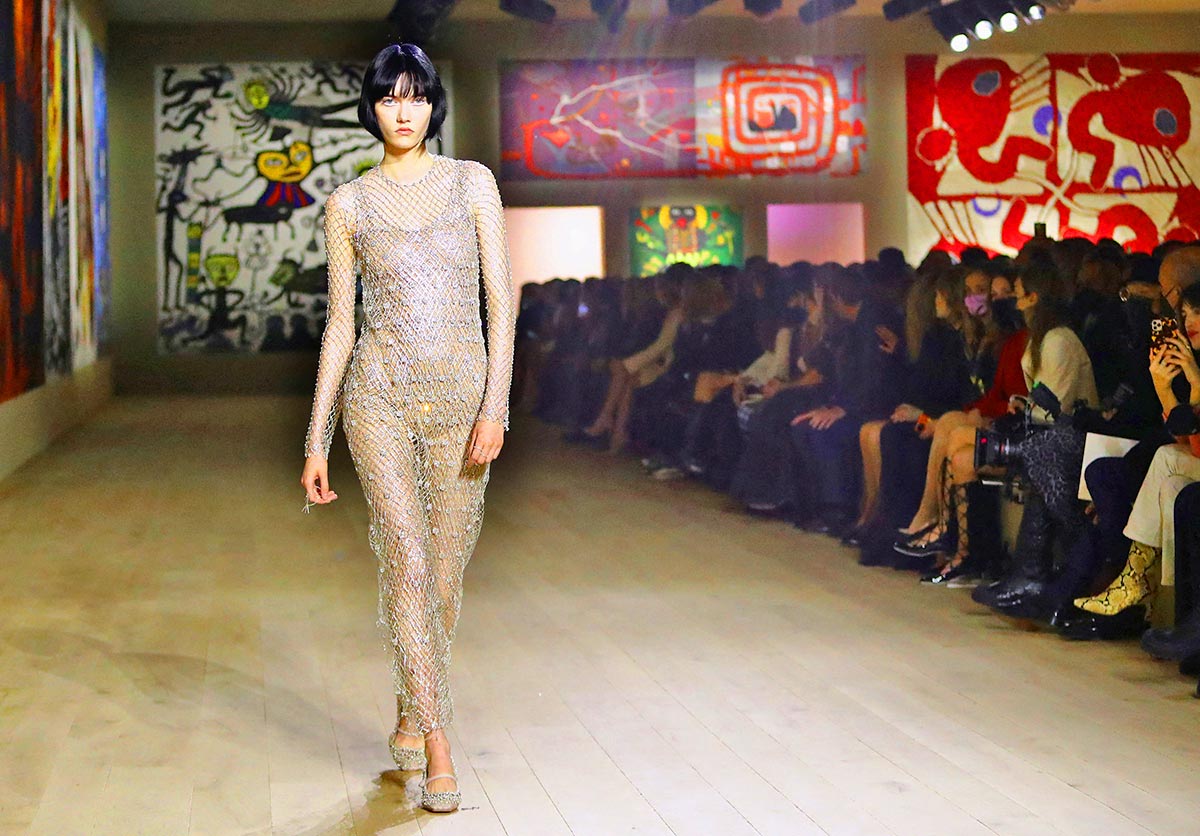 IMAGE: Through the collection the designer set out to explore the interaction between decorative details and the human body. 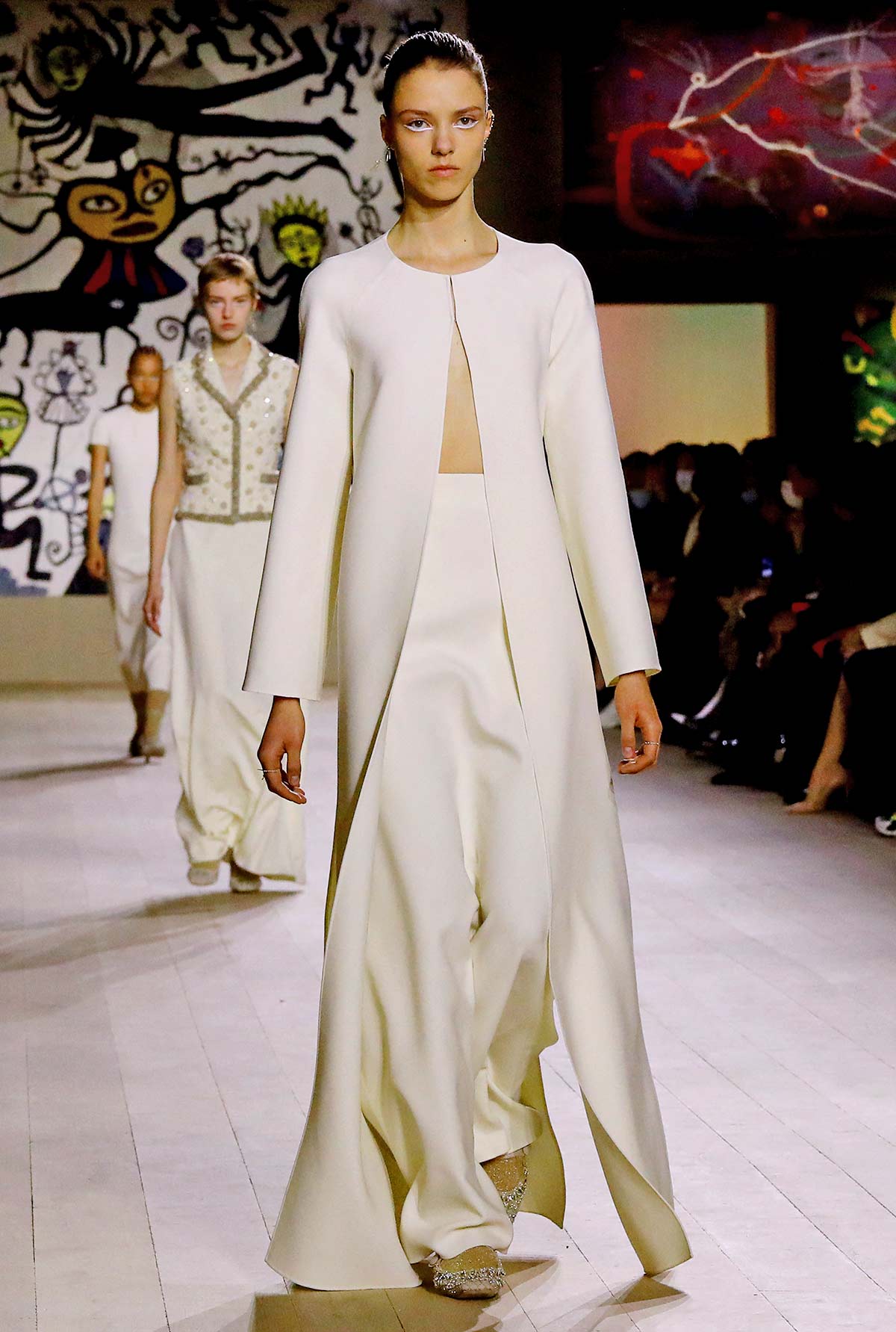 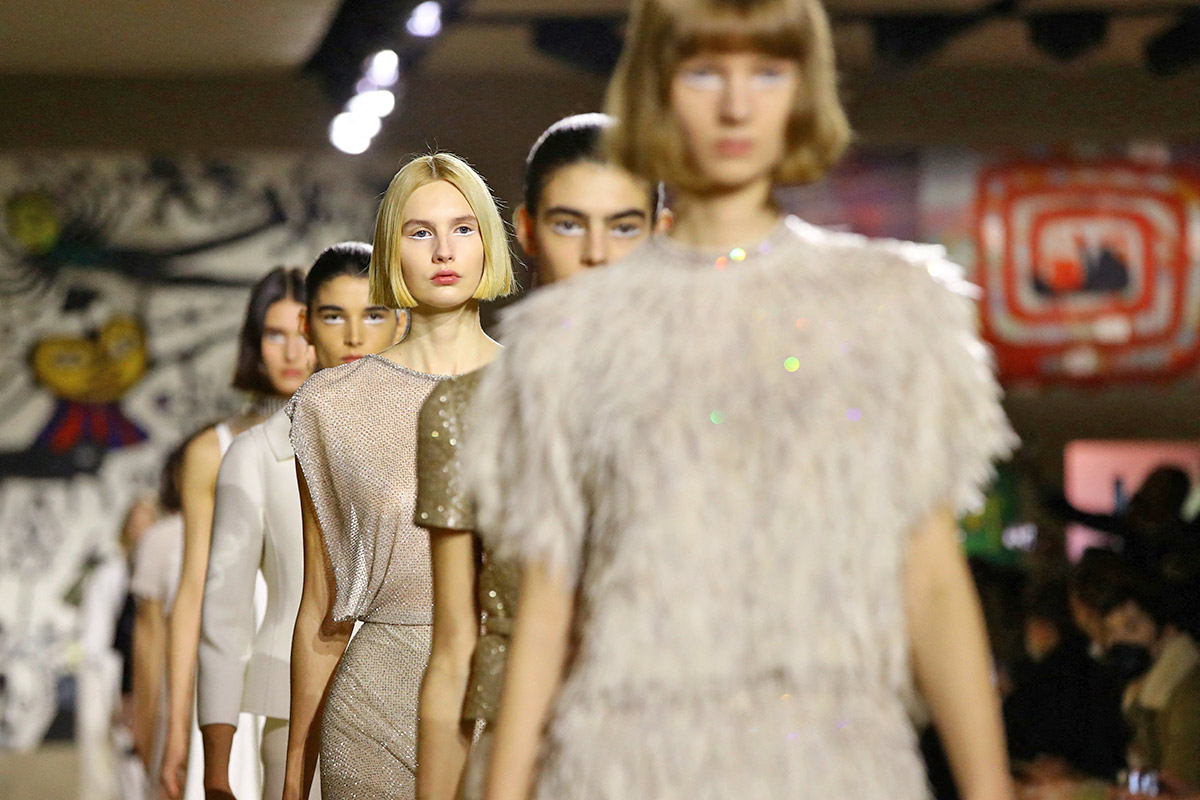 IMAGE: The make up for the show was subtle and the models’ eyes were highlighted with white eyeliners. 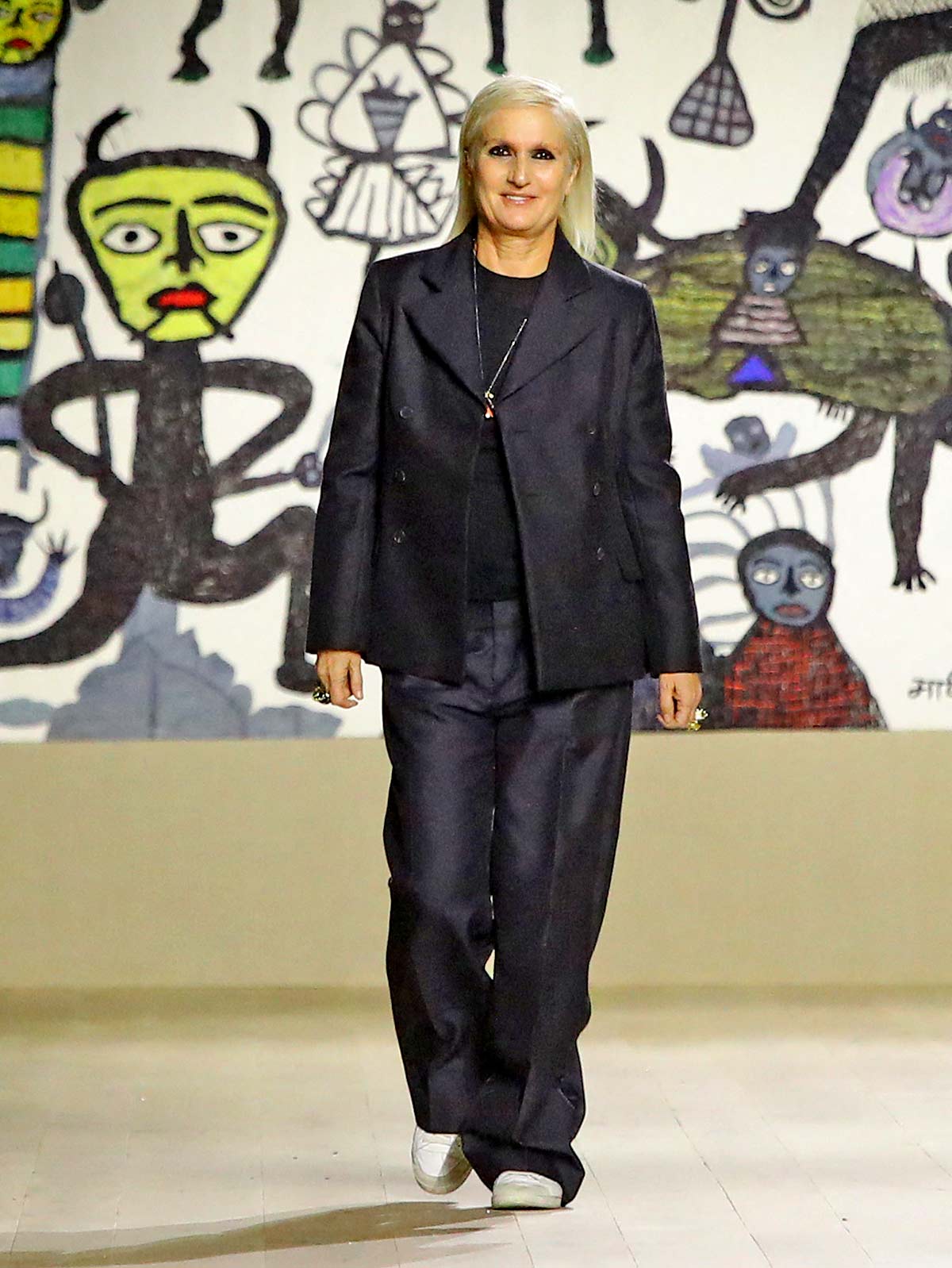 IMAGE: Dressed in black from head-to-toe, Maria Grazia Chiuri steps on stage to take a bow. 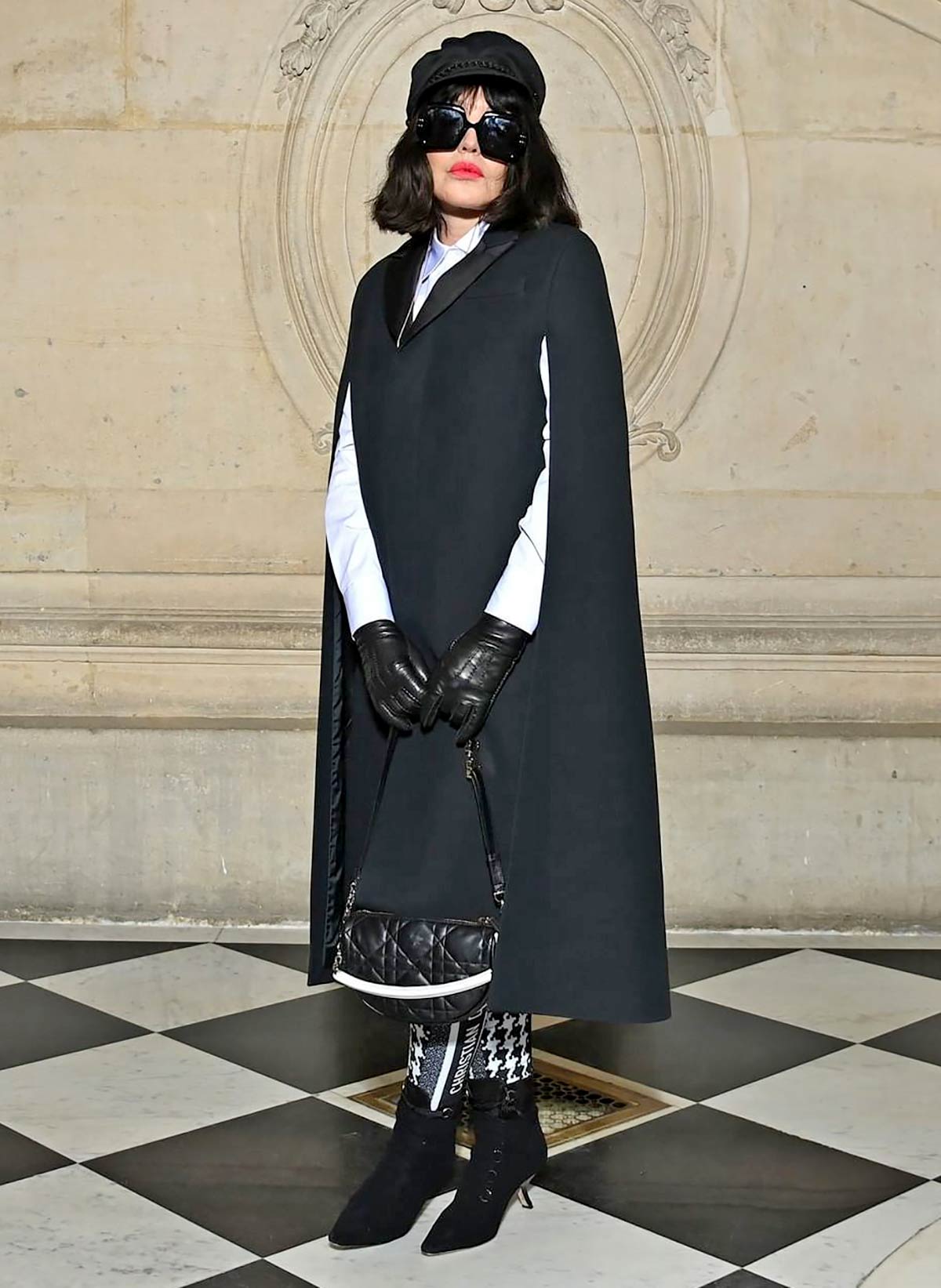 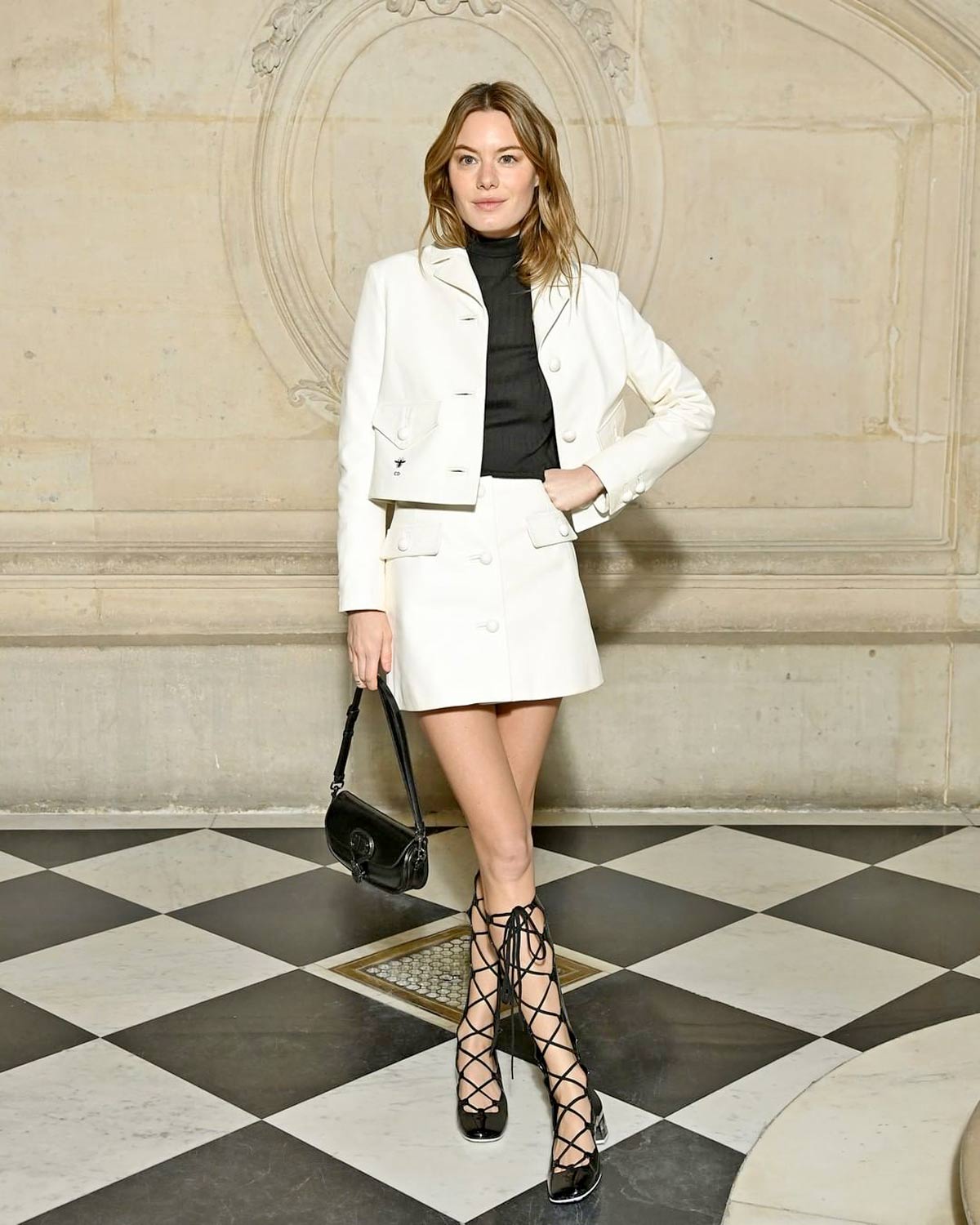 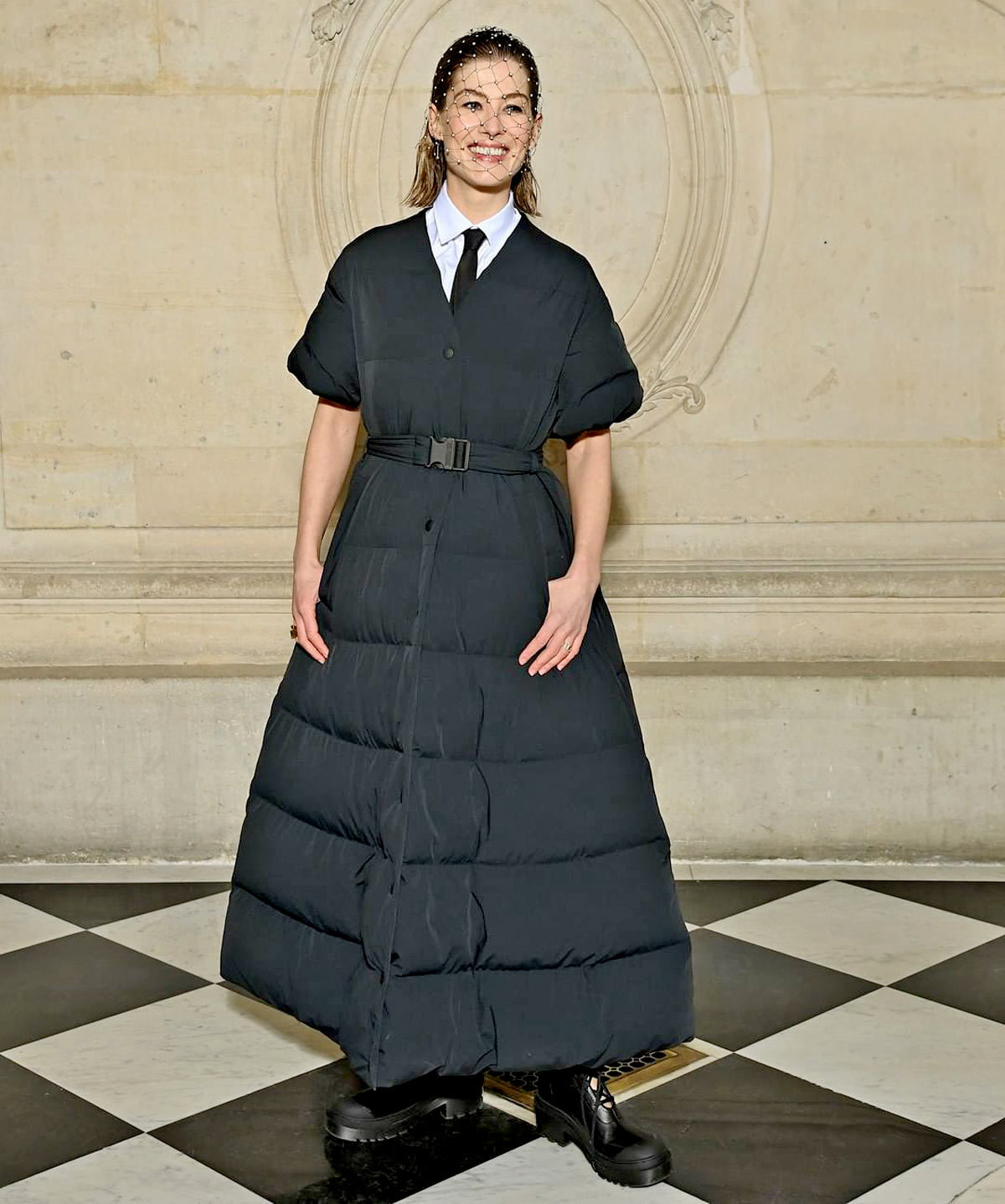 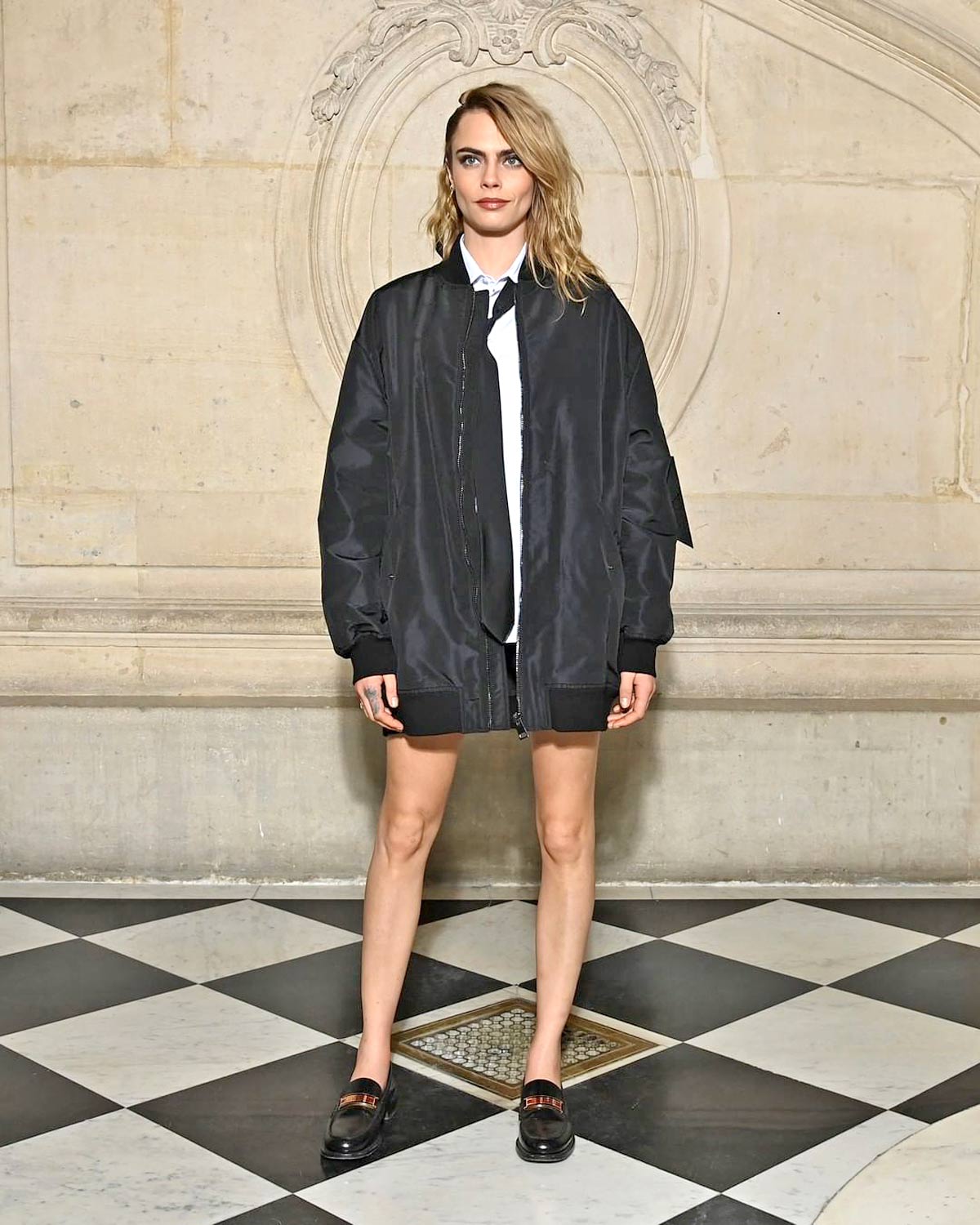