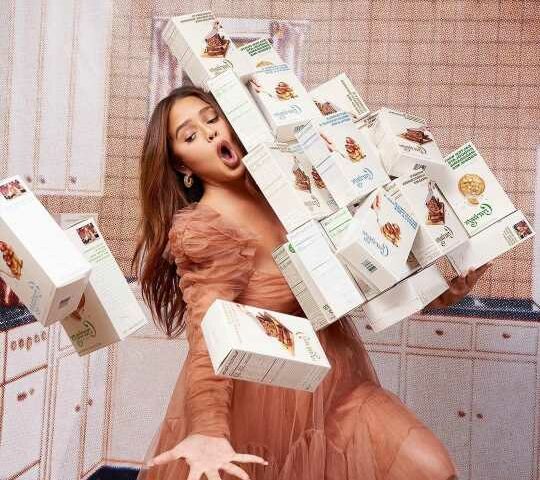 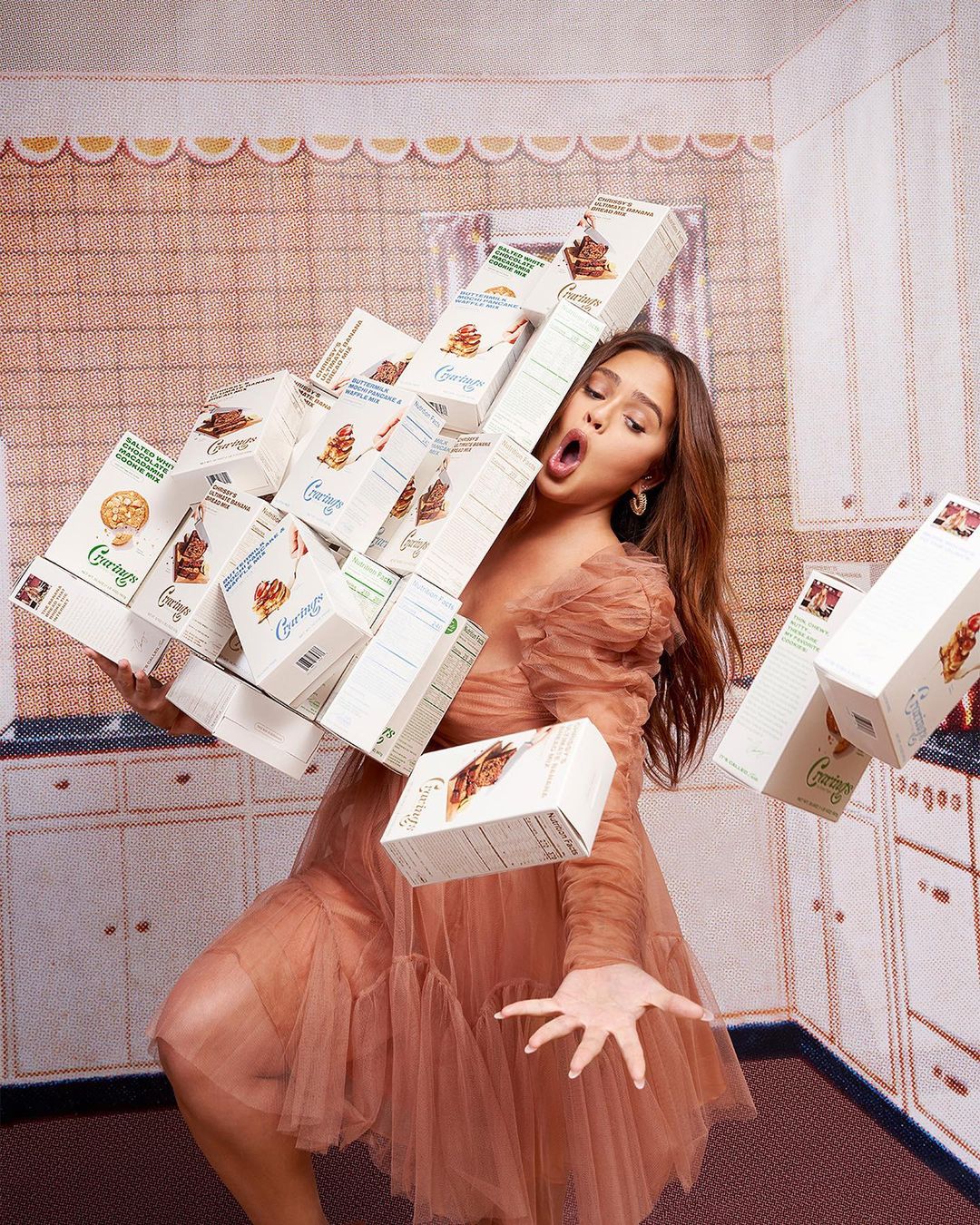 Chrissy Teigen is a woman of many brands. Some of her brands are based on social clout, like being extremely obnoxious on social media. Some of her brands are actual products, like everything to do with her Cravings “empire.” She writes cookbooks and she has monetized her love of cooking and food with a kitchen accessories line and cake mixes. The cake mixes are a problem though. Chrissy has just introduced her new gourmet (high-end) cake mix line under the Cravings banner. The problem is that Teigen has seemingly lifted the recipes, product design and vibe from a New Zealand baker named Jordan Rondel. From Gawker:

If the name Jordan Rondel sounds familiar, that’s probably because she collaborated with Teigen on a boxed carrot cake mix in September. Rondel, whose brand is called The Caker, sells “luxury” cake mixes for $25 a box on Amazon and at Bloomingdale’s. Rondel now says that Teigen tried to get out of their collaboration once she found out that her “new equity partner” wanted her to sell her own line of mixes. Rondel told the NZ outlet Stuff that she pushed to launch the collaboration anyway, with the understanding that Teigen’s mixes would be different from hers. But now, she thinks, they’re pretty similar.

Rondel posted comparison photos of the packaging of her cake mixes and the Cravings mixes. Yeah – very similar. Did Teigen also jack the recipes too? Probably. What makes this especially audacious is the fact that Rondel and Teigen knew each other and collaborated. Then Teigen just jacked Rondel’s whole business. What a way to screw over a small woman-owned business.