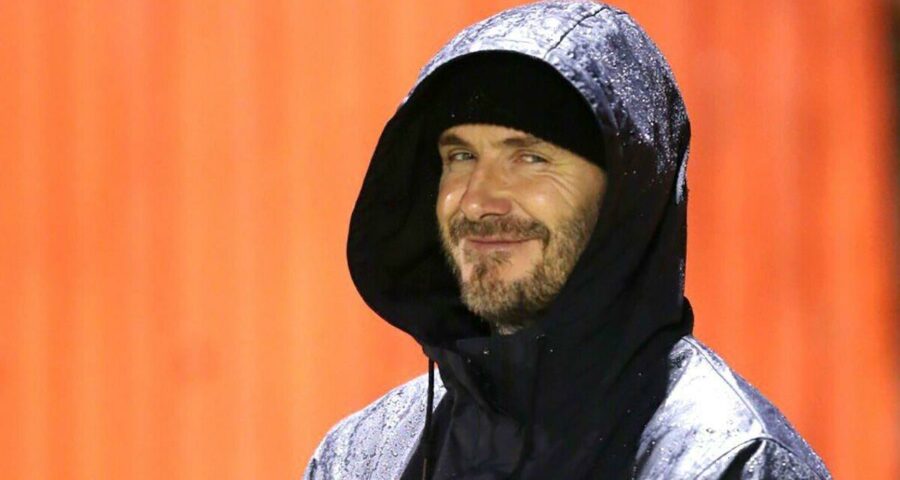 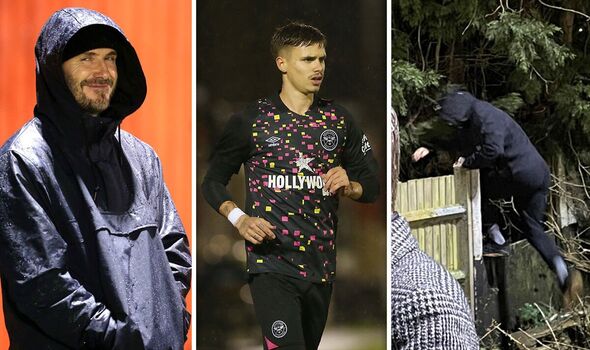 Legendary footballer David Beckham, 47, was forced to jump over a fence to escape from his fans after cheering on son Romeo Beckham, 20, at his latest football match. The proud dad was all smiles after watching his second eldest child’s team Brentford B win in the London Senior Cup 2nd Round against Erith & Belvedere.

David enthusiastically cheered on his talented son during the match, but quickly vanished after the final whistle blew.

Afterwards, the football star could be seen making a speedy getaway over a fence.

The star kept a low profile, wearing a navy blue anorak, a black cap and some jeans in order to blend in with the crowd.

David Beckham proudly watched on as his son Romeo played

The father-of-four was all smiles as his footballer son showed off his sporting skills.

Romeo’s team Brentford B won in the London Senior Cup 2nd Round against Erith & Belvedere.

David Beckham could be seen escaping moments after the final whistle

The star was keen to escape his legions of fans before he was rumbled.

The proud dad leapt over the fence behind the field in order to avoid his Brentford fans.

The star opted for a navy blue anorak, a black cap and some jeans in order to blend in with the crowd.