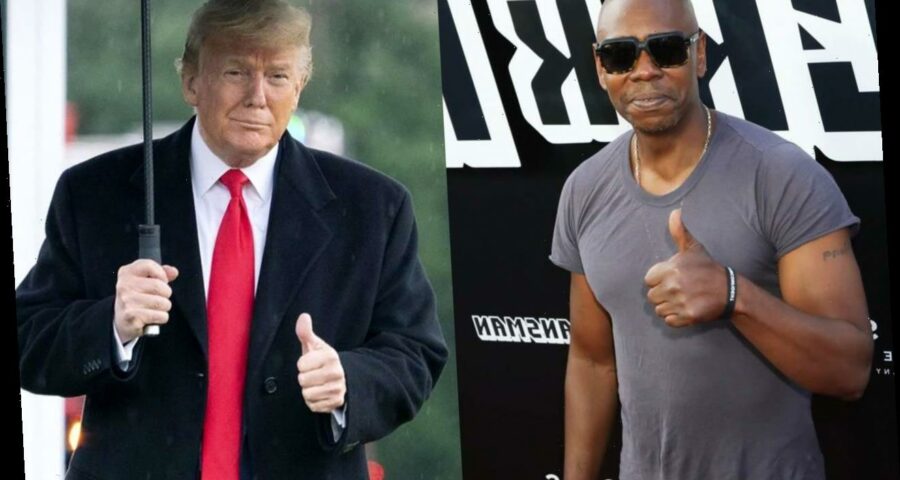 The comedian, however, refuses to disclose the identity of the stars who left the notes, telling Naomi Campbell in a new episode of her YouTube series, ‘I’m not gonna say who did it.’

AceShowbiz –Dave Chappelle made a bombshell revelation about what happened at the party that was thrown by former president Barack Obama at the White House before he turned over the job to Donald Trump. Speaking to Naomi Campbell, the comedian claimed that he knew who were responsible for the alleged “dirty notes” for Trump’s staff.

“It was one of the last big parties the Obamas threw and I’m not gonna say these celebrities’ names… There was a thing,” he said in the Tuesday, April 6 episode of “No Filter with Naomi”. “Remember when the Trump administration moved in, they said, ‘The Obama staff left dirty notes for us in all the drawers and all the cabinets.’ Now, I saw this happening.”

Dave, however, refused to disclose the identity of the stars who left the notes. “I’m not gonna say who did it,” he went on saying. “But it was celebrities writing all this crazy s**t and putting it all over there and I saw them do it, so when I saw that news I laughed real hard.”

Back in November 2019, White House press secretary Stephanie Grisham claimed that Obama aides left “you will fail” notes in offices for Trump aides. “We came into the WH, I’ll tell you something. Every office was filled with Obama books and we had notes left behind that said ‘you will fail,’ ‘you aren’t going to make it,’ ” she said at the time.