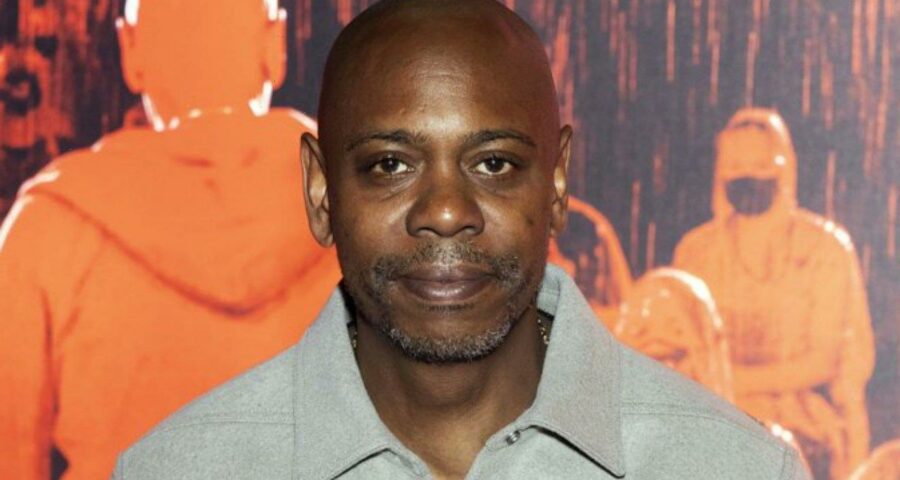 The comedian, who graduated from Duke Ellington School of the Arts in 1991, talks before 580 students inside an auditorium when things goes south during a QnA session.

AceShowbiz –Dave Chappelle‘s recent visit at his old high school wasn’t really welcomed. The comedian met students at the Duke Ellington School of the Arts in Washington, DC, on Tuesday, November 22, only to be slammed.

The 48-year-old, who graduated from the prestigious school in 1991, talked before 580 students inside an auditorium, according to Politico. Things, however, “went south” during a subsequent Q&A session when a student addressed his controversy regarding his transphobic jokes in Netflix’s special “The Closer“.

The student said of Dave’s response to the initial backlash, “I’m 16 and I think you’re childish, you handled it like a child.” The student even called the comedian a “bigot.” Another student told him that his “comedy kills,” to which the funnyman replied, “N****s are killed every day.”

A parent, meanwhile, criticized the comedian’s choice of language. “As a parent, I have to say I have a real problem,” a father said. “He was being dead serious and using the N-word on the record. What kind of judgment is the school showing to allow that?”

The Duke Ellington School of the Arts is also reportedly planning to rename its theater after the comedian. That prompted protests from some students, parents and alumni.

“On April 22, 2022, we will celebrate one of our most distinguished alumni, Dave Chappelle, by naming our theatre in his honor,” the school wrote on its website. “This theatre naming was the desire of one of our founders, Peggy Cooper Cafritz, who recognized Chappelle as an important thought leader of our time.”

It continued, “We recognize that not everyone will accept or welcome a particular artist’s point of view, product or craft, but reject the notion that a ‘cancel culture’ is a healthy or constructive means to teach our students how society should balance creative freedom with protecting the rights and dignity of all its members.”