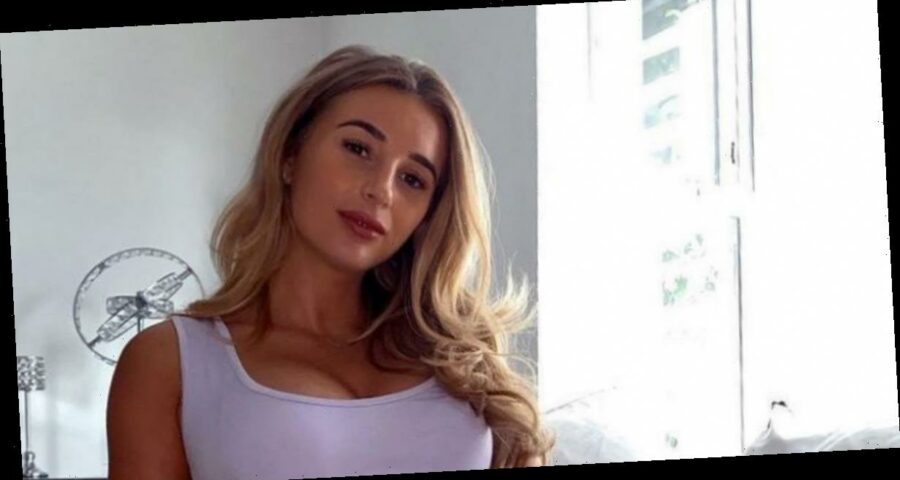 Dani Dyer has announced the birth of her first child with her boyfriend, Sammy Kimmence.

Dani announced her son's arrival as she shared gorgeous pictures of her little boy as she planted a kiss on him from her hospital bed.

"Weighing 7 pound.. We are in a complete baby bubble and enjoying every moment, can not believe he is ours, completely inlove and so grateful to be his mummy..

"Sending all my love to all the other mommas to be out there in lockdown.. the best experience ever will never forget this day.”

The Love Island star, who is the daughter of Eastenders legend Danny Dyer, had been sharing regular updates of her pregnancy on Instagram.

Last month she gave her fans a peek at her child's nursery, which the little one will soon be able to enjoy.

The centrepiece is a large white cot, which boasts a starry netting – giving the room a magical air.

The EastEnders star made the revelation during his new joint-podcast Sorted With The Dyers with his 24 year old girl.

Dani seemed to take the joke in her stride after her dad gave away his hilarious nickname, which is often used to describe anti-social lower-class youth who dress in sportswear.

The bombshell last year launched a maternity wear range for In The Style, and has been modelling her products online.

Dani announced she was pregnant in July last year, alongside a picture of herself and Sammy, saying: "Little bubba can't believe you are going to be ours. Me and Sammy are so excited to start this next chapter in our lives, feel so lucky and grateful."

After sharing a picture of an ultrasound on social media recently fans were convinced that they could tell the gender of her child.

"Honestly dani I see your dads face,” [sic] another agreed. “I think it's a lil boy too."

The new mum rose to fame in 2018 when she won Love Island with her ex-boyfriend Jack Fincham.