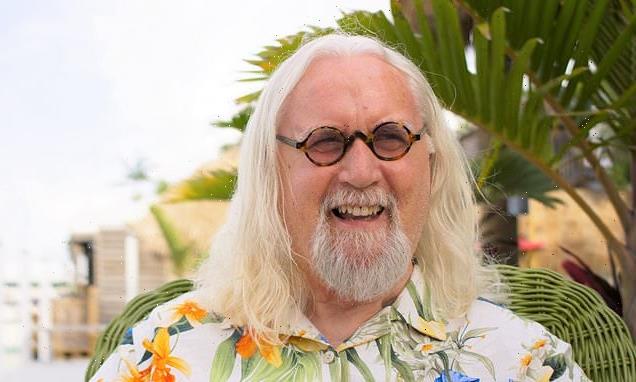 CHRISTOPHER STEVENS reviews last night’s TV: The Big Yin in a loo roll bikini? You don’t see that every day!

Here’s a fun game if you ever find yourself checking in to a hotel with Led Zep, Ringo Starr and Elton John. Just shout ‘Changies!’

You all have five minutes to dash into your rooms, tear off your clothes, dress in anything you can find and get down to the bar wearing pillowcases and lampshades, or with loo roll wrapped around your bits like an Egyptian mummy in a bikini.

Billy Connolly explained the rules as he fondly recounted his years of ‘bad behaviour’ in the first of a series of anecdotes, plus clips from his live shows, Billy Connolly Does… (Gold).

‘I don’t regret a second of it,’ he declared, though how he survived it all is another question.

Alcoholic excess was a mainstay of his early career. He catalogues his stage shows according to what he was drinking — the Gin Tour, the Cider Tour and so on. 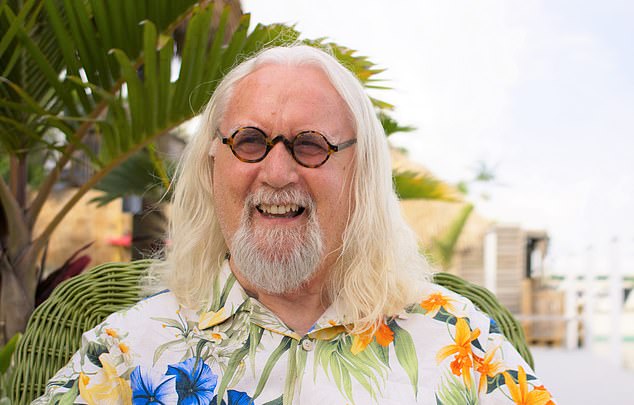 Billy Connolly explained the rules as he fondly recounted his years of ‘bad behaviour’ in the first of a series of anecdotes, plus clips from his live shows, Billy Connolly Does… (Gold). ‘I don’t regret a second of it,’ he declared, though how he survived it all is another question

He met his wife Pamela Stephenson, who was then starring in BBC2’s Not The Nine O’Clock News, during his Brandy Tour. The way he tells it, she lured him away from the bar by phoning down from his hotel room to say she was waiting in his bed. That was the first unsteady step towards sobriety.

Snatches of classic stand-up routines included one he did until he retired from the stage four years ago, the ‘drunk walks’. It isn’t until you see him staggering sideways across the stage, like a dressage pony on a steep slope, that you realise what a marvellous physical comedian he was.

Parkinson’s disease has robbed him of much of his dancer’s grace but none of his presence — or his vocabulary. Everything is a tall story to Billy.

He doesn’t just live in a Florida mansion — it’s the former lair of a drugs baron, with a secret escape route down to the Everglades.

Sitting at a kitchen table and chatting to director Mike Reilly, an old friend, he explains what to do when drunken fights break out. Violence is ‘seldom appropriate,’ but if you must punch a man, ‘my only advice is to hit him when he’s still talking. Don’t wait for the end of the sentence’.

There’s sound logic to this, he insists. Not only do you have the element of surprise, but an angry drunk never says anything worth hearing anyway.

Billy is a shocking name-dropper. If he remembers a night carousing with Keith Moon, the actor John Hurt has to be there, too.

But the excerpts from his 1985 TV special, An Audience With Billy Connolly, proved he really did know absolutely everybody. All the faces in the ranks wiping tears of laughter from their eyes were instantly recognisable.

Among them were Gloria Hunniford and Joanna Lumley, two of the stars also reminiscing about the endless winter of 1963, in The Big Freeze (C5).

Gloria was a young mum, who made lifelong friends with her neighbours in Northern Ireland as they helped each other with the shopping, during months of deep snow.

Joanna was an A-level student at a convent school, where the girls slept shivering in their clothes and woke to flannels frozen into icicles in the washroom.

The hardships were bleak, but record producer Pete Waterman, weatherman John Kettley and newsman John Craven were among the others who couldn’t hide their nostalgia for the times.

The mere existence of archive footage is apparently dangerous today. One newsreel required a nannyish caption, warning us: ‘Skating on frozen ponds, lakes and rivers is highly dangerous and should not normally be undertaken under any circumstances.’