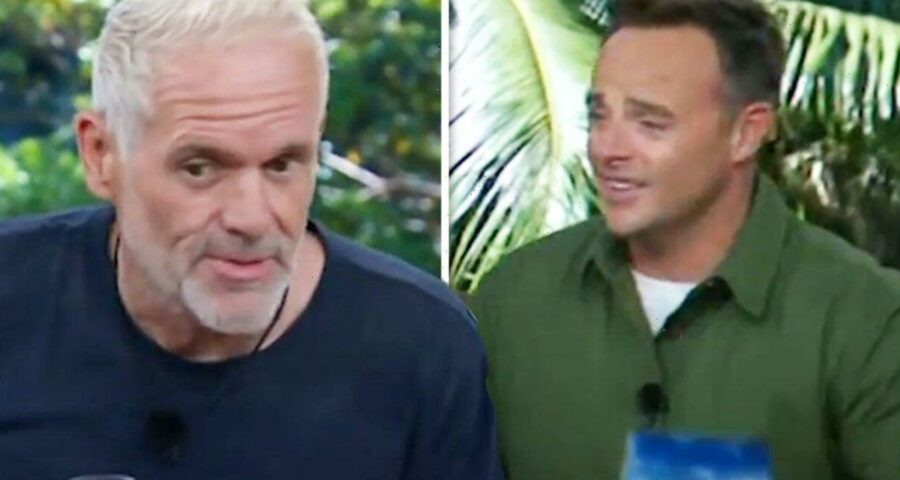 Chris Moyles was the sixth campmate to be voted of this year’s series of I’m A Celebrity… Get Me Out of Here! during Thursday night’s episode. The radio DJ, 48, was named in the bottom two of the public vote by show hosts Ant McPartlin and Declan Donnelly with comedian Seann Walsh.

The radio DJ admitted he was “gutted” to be voted out of the jungle before Matt Hancock.

Taking a seat for his exit interview, Chris expressed his frustration as he urged the presenters to hurry through his farewell chat.

The Geordie duo greeted the radio X presenter on the bridge before showing him his jungle highlights.

He continued: “You said in the trial yesterday, ‘I’ve ticked all the boxes. I’m done.’ And then we heard Matt say, ‘Just when you wanted to stay…'”

Chris replied: “I know. I just said in the Bush Telegraph this morning, ‘I’ve got this now. I would really like to stay.’ I quite fancied doing the cyclone and then I put fresh clothes on.

He went on: “I’m gutted Matt [Hancock] is more popular than me. What the beejeezus is going on?”

Chris cheekily jibed: “Also, can we fly through this? I want to get my girlfriend’s outfit on camera to put through expenses.”