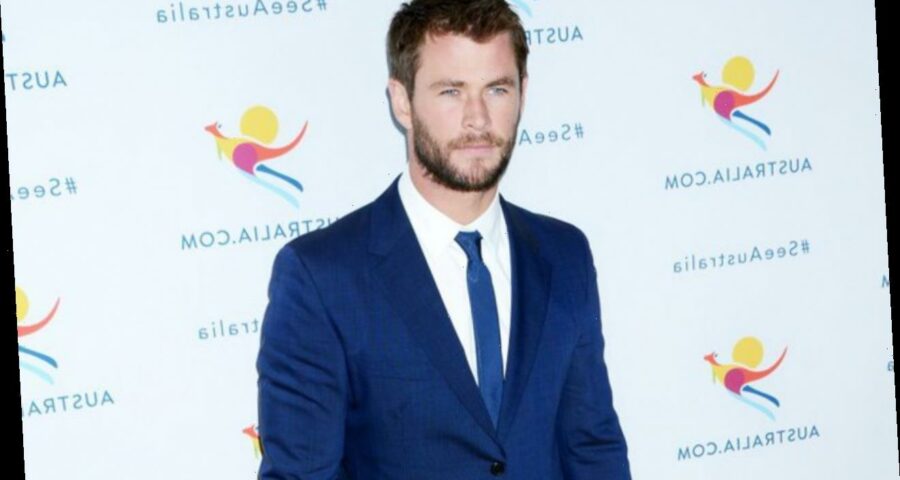 The 37-year-old ‘Thor’ star takes to the photo-sharing platform to post pictures, one of which sees him showing off his abs and muscles while spending time with his family on Lord Howe Island.

AceShowbiz –Chris Hemsworth has caught many social media users’ attention for his recent post on social media. Shortly after sharing a new shirtless picture, the “Thor” star got the Internet buzzing with hilarious comments.

On Tuesday, January 19, the 37-year-old took to Instagram to post some pictures of him spending time with his family on Lord Howe Island. The first photo displayed him showing off his abs and muscles while posing with wife Elsa Pataky and their two children.

In the second snap, the “Extraction” leading man was seen standing next to his model and actress wife as she flaunted her biceps. One of the images also saw the couple posing with their fans on the boat. In the caption, he penned, “Great to get away for a few days to @visitlordhoweisland before starting on [‘Thor: Love and Thunder‘] this week!”

The older brother of Liam Hemsworth‘s post has since been flooded with comical comments from fans. One quipped, “I think you can see Chris’ abs from space!” Another jested, “U can see his abs from a mile away.” A third jokingly stated, “You arm is as big as my leg.”

While some people focused on Chris’ figure, many of them gushed over the beautiful view. An individual raved, “Wow… What a beautiful place.” Someone else exclaimed, “Stunning pics!!!!!” A third echoed, “How wonderful.”

Also sharing photos from the trip was Chris’ wife Elsa on her own Instagram page. Offering a different message from her husband, she wrote, “So great to come back to this amazing paradise! @visitlordhoweisland #holydaysandfriends @australia.”

The vacation came after Chris and Elsa celebrated their 10 years of marriage back in December 2020. Putting out some pictures of the two on Instagram, he noted, “10 years together! Looking forward to the advancements of modern medicine and science and enjoying a couple hundred more! @elsapatakyconfidential.”