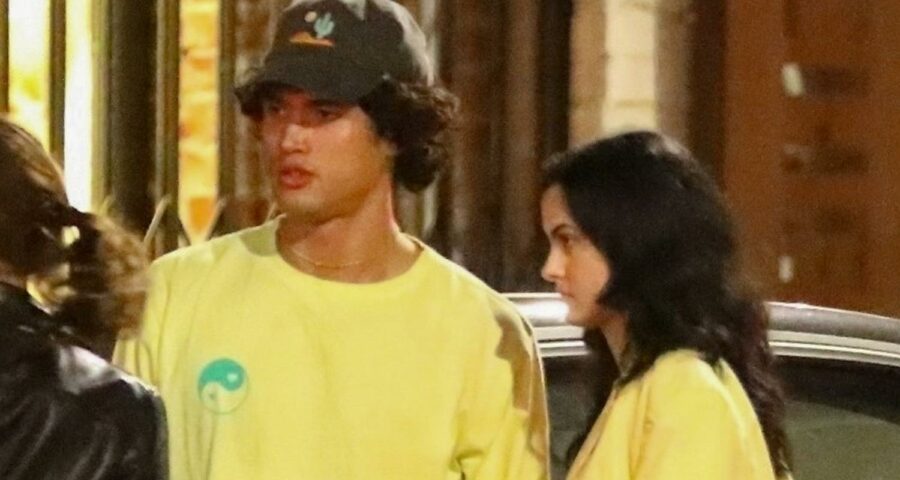 These new photos of Camila Mendes and Charles Melton are definitely going to spark some rumors about them possibly being back together as a couple!

The Riverdale co-stars, who previously dated a couple years ago, were seen having a fun night out with some close pals were spotted having a night on Friday night (June 4) in Los Angeles.

Camila and Charles kicked off the night by having dinner at the members-only club San Vicente Bungalows in West Hollywood. They then joined a big group of friends at an outdoor table at La Poubelle in the Hollywood area.

Some of the other stars who were reportedly at the group dinner included Cole Sprouse, Dylan Sprouse, and model Stella Maxwell.

After hanging with their friends, Camila and Charles got into his vintage car and drove off together.

It was reported at the end of 2019 that Camila and Charles broke up after dating for about a year and a half. Just a couple months ago, it was reported that she split from recent boyfriend Grayson Vaughan.

35+ pictures inside of the Riverdale stars on a night out…