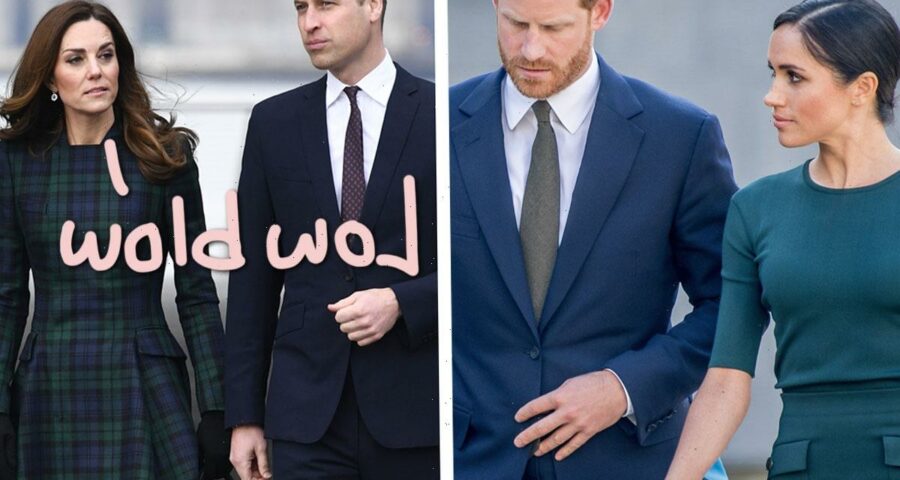 According to an Us Weekly source on Wednesday, the Duke of Sussex felt “strongly” about including the text messages exchanged between the sisters-in-law ahead of the couple’s 2018 wedding — but his family is pissed!

Per the insider, the palace “does not love” the fact that private messages were made public in the pages of Harry’s tell-all Spare. As we reported, the 38-year-old tried to debunk rumors claiming the Suits alum made Kate Middleton cry ahead of their wedding over issues with Princess Charlotte’s bridesmaid dress — when in fact the Sussexes say the opposite happened!

In the leaked messages, Kate complained that “Charlotte’s dress is too big, too long, too baggy,” prompting Meg to respond:

“Right, and I told you the tailor has been standing by since 8am. Here. At KP. Can you take Charlotte to have it altered, as the other mums are doing?”

After some back and forth, in which Kate insisted “all the dresses be remade,” Meghan reminded Prince William’s wife she was dealing with some stressful personal matters involving her father, Thomas Markle, who was caught staging paparazzi pics before the nuptials. Kate then revealed she knew about the issue, but didn’t seem to care. Eventually, she agreed to go see the tailor. When the former military officer returned home later that evening, according to his recollection, the actress was “sobbing” on the floor.

According to the insider, the Archewell founder’s decision to include the texts demonstrates “that Meghan was under intense stress at the time” and that the Princess of Wales WAS (partially) at fault since she “didn’t help” ease the bride’s mind. They added:

“There may well be other emails and texts, but nobody on Kate’s side will be releasing anything like that.”

Just because they won’t be putting the renegade royals on blast doesn’t mean they aren’t furious! The confidant dished:

“They claim it’s just part of the story, and in any event, it’s egregious of Harry to publish these abbreviated excerpts.”

It sure is a bold move, that’s for sure, but it wouldn’t be the first shocking allegation Harry chose to include in the memoir! There were several jaw-droppers!

That said, the texts do “clearly show that there are two sides” to the story, the source continued:

“Harry feels strongly it’s important to get the true account of what happened out there.”

But there is one thing Buckingham Palace might be happy about. The tailor mixed up in this royal mess finally broke his silence on what really happened behind the scenes after he was name-checked in the book, and he seemed to be on #TeamKate. So, the palace must be a little relieved, right?! We won’t truly know since the royals have kept quiet about Spare so far — even though they were slammed numerous times. The silent treatment seems to be their tactic in handling Harry, as a different insider previously told the outlet:

“It’s obviously business as usual as far as their royal duties go. There’s an acute awareness that Harry and Meghan seem to be looking for a reaction.”

And they aren’t going to get one! At least not for a long time! Though, eventually, King Charles III will have to make up his mind about how to interact with his youngest son moving forward. Keep calm and carry on like s**t hasn’t hit the fan? Or clap back — such as by not inviting him to the coronation?! Decisions, decisions! Time will tell. For now, what are YOUR thoughts on Harry’s choice to publish the texts? Helpful or did he cross the line?! Sound OFF (below)! 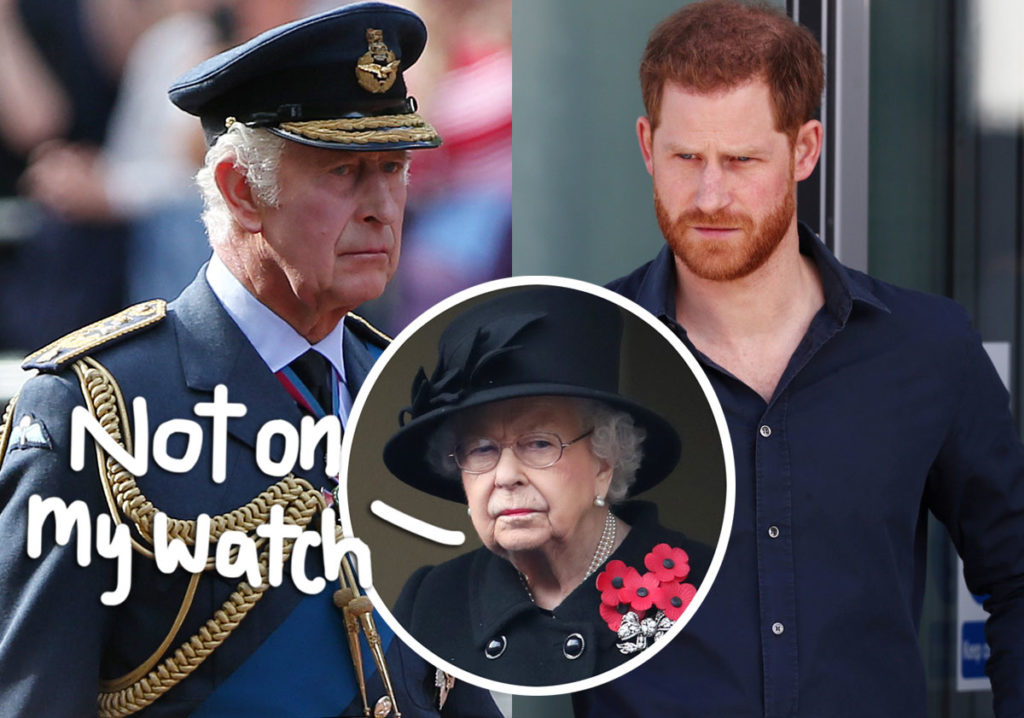 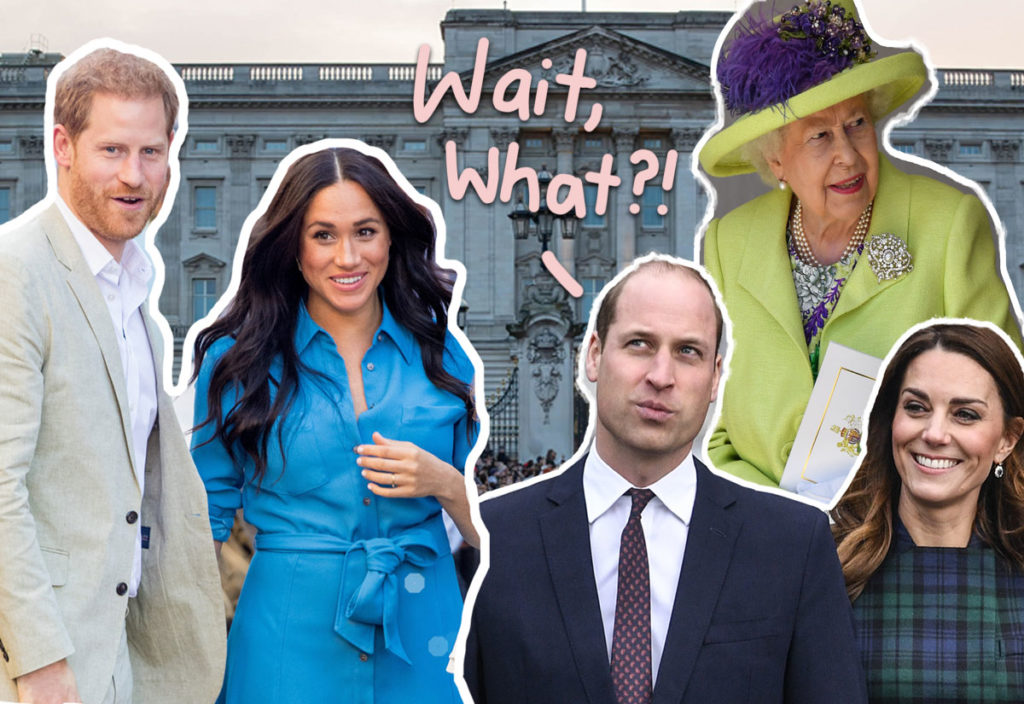 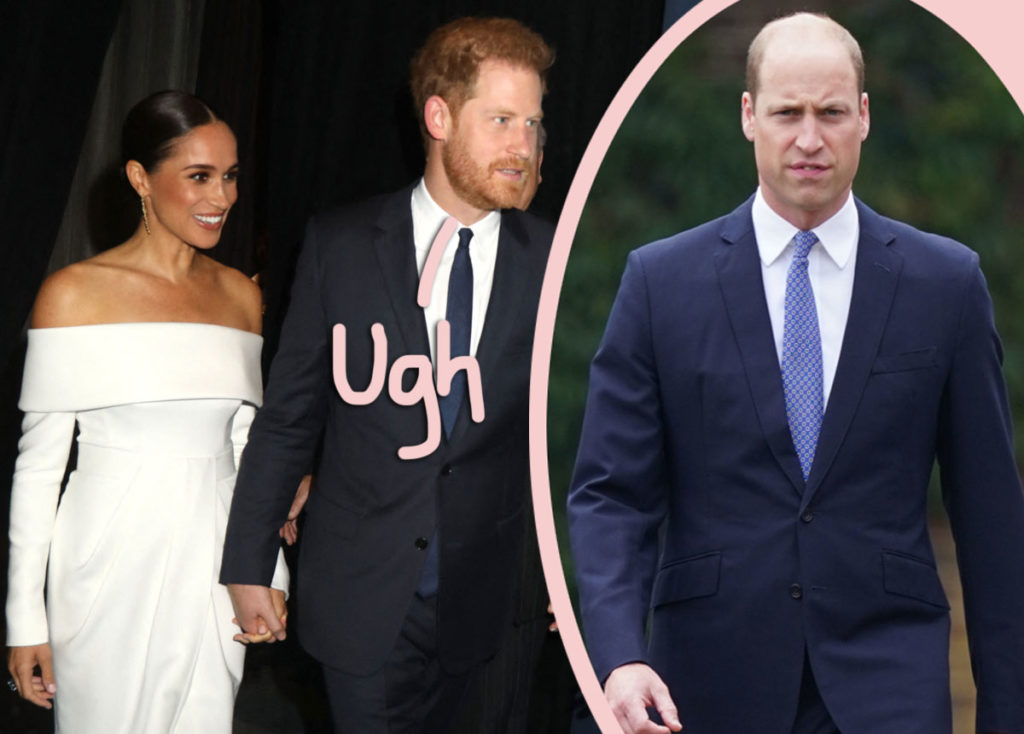