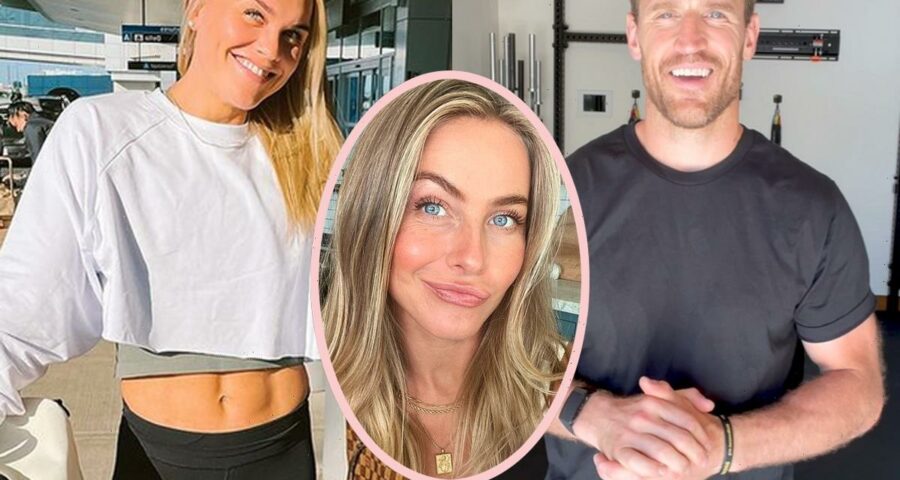 Brooks Laich is moving on and looking VERY happy after his very drawn out split from Julianne Hough.

For those who don’t recall, the former couple’s road to divorce was one of the most winding we’ve ever seen. It started with them quarantining at the beginning of lockdown in completely different states. They finally admitted something was up, announcing their split in May 2020 — but then tried to reconcile afterward.

Finally it was Julianne who put the nail in the coffin when she filed for divorce in November. Thanks to an ironclad prenup, that part at least went very quickly, if not necessarily painlessly.

Now Brooks is seeing someone, and it seems like a match made in heaven! Well, if Heaven is the name of a really upscale gym.

His new gal pal is Katrín Tanja Davíðsdóttir, a professional CrossFit athlete — one of the pro Crossfit athletes, actually. She won the CrossFit Regional Games for her native Iceland in both 2015 and 2016, making her — as she puts it in her Instagram bio — the 2015 & 2016 Fittest woman on earth from Iceland!

Seems to us, that makes the 28-year-old kind of a perfect match for Brooks. The former pro hockey player is all about fitness on his social media, too.

It’s unclear if they met through their mutual love of CrossFit, but it’s definitely a big thing for them both. The pair have apparently been together on the down-low for months already. In Touch Weekly got the scoop back in April, with a source telling the magazine:

“It’s early days, but so far so good. He’s really into her and they share a ton in common, including their passion for sport.”

“Brooks feels relaxed around her. He can be himself. They make a great match.”

According to that source at the time, Brooks may have been with Katrin from just a month after the split from Julianne! The insider spilled:

“They even spent the holidays at Katrin’s hometown in Iceland.”

She apparently splits her time between Iceland and the States. But wait… the “holidays”? As in Christmas and New Year’s? THOSE holidays?? Wow, have they really been together over EIGHT MONTHS already?

Man, that flew under our radar!

But over the past week, as Katrin competed in this year’s CrossFit Games, they have NOT been shy about their romance, with each appearing all over the other’s Instagrams!

And Brooks even gave Katrin a big kiss on camera after her event! Watch that sweet moment (below)!

And now they’re going from working hard to playing hard with a romantic getaway in Hawaii!

Each has been sharing pics — taken by one another — from the Four Season Resort in Hualalai.

Not only do these two fit, they are fit! LOLz!

It’s all well and good to know Katrin is a champion, but if you really want to get to know her, ch-ch-check out this video in which she interacts with a superfan:

We couldn’t be happier for Brooks after his tempestuous 2020!